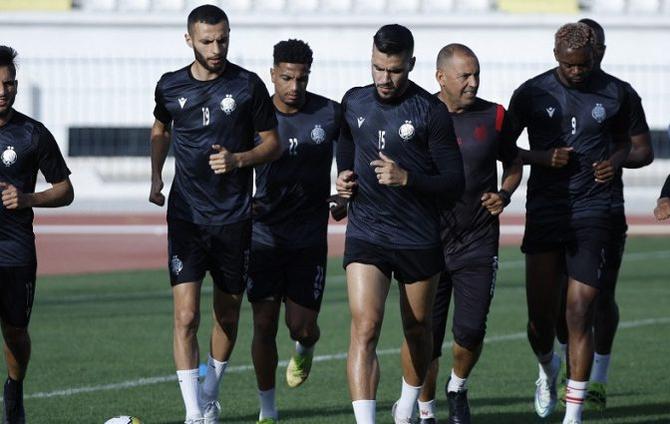 We meet once again ! Subscribers to the last square, Al-Ahly and Wydad Casablanca are playing their second African Champions League final in five years on Monday (9 p.m.). In 2017, it was the Moroccans who won. The trophy was then awarded after a double confrontation (1-0, 1-1). Tonight, everything will be decided on a single match, and this one disputes at the Mohammed V complex, on the installations of one of the two finalists. Headwind against the African Confederation, which waited for the beginning of May to decide on the ground where this decisive match would be played, Al-Ahly saw the CAS reject his appeal and will have to play on opposing ground. But it takes more to scare a team experienced in traveling in a hostile context.

Al-Ahly was able to gain momentum

Ten times winner of the Champions League, old and new formula combined, Al-Ahly will seek to become the first team to win the competition three times in a row, after beating Zamalek (2-1) in 2019-20 and Kaizer Chiefs (3-0) last season. Current 3rd in his championship with 7 points but above all 4 games behind the leader, the great Cairo rival of Zamalek, the defending champion has timidly started this campaign of C1. Remained silent in three of their first four games (1 win, 1 draw, 2 losses), the Red Devils woke up finding the net in each of their next six, with an average of 2.2 goals per game (13 in total – 4 wins, 2 draws).

A prolific and efficient Wydad

Wydad had a more regular, but probably less difficult course until the final. The Moroccan club presents before this final the best attack of this edition with 20 goals; it is also the team with the most different scorers (9 – excluding CSC), tied with the Mamelodi Sundowns. If Al-Ahly have won their last two Champions League games against Wydad (2-0 and 3-1 in the semi-finals of the 2019-20 edition), the evening hosts have shown great efficiency throughout their journey and have no complexes to have before this final, the third in five years for them.

Mosimane vs. Regragui, the coaches match

young coach, Walid Regragui (45 ans) is aiming for a first continental crowning after remarkable debuts at FUS Rabat and Al-Duhail, in Qatar. More experienced and already titled three times (one with the Mamelodi Sundowns, two with Al-Ahly), Pitso Mosimane (57 years old) will try on the bench of Al-Ahly to equal the record of his predecessor Manuel José: the Portuguese remains the only coach to have lifted the trophy four times (2001, 2005, 2006 and 2008 with Al-Ahly). One of the challenges of this final which is definitely not lacking.

“You are not my real dad”: Felipe Viel recalled a moving anecdote that he lived with his daughter