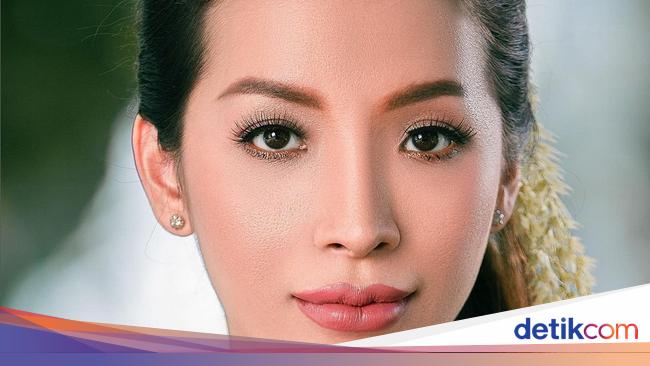 Nang Mwe San succeeded in realizing his parents’ dream after completing his medical education. This 33-year-old woman has also succeeded in becoming a doctor and working in a Myanmar hospital.

However, the medical profession was not the real goal. Nang Mwe San is more interested in being a model and chooses to channel his dream through uploading photos on social media as a hobby.

Blessed with an attractive appearance, this woman who lives in Yangon often displays sexy photos, when she is wearing a swimsuit or minimalistic clothes. The upload also attracted the attention of netizens and brought in many followers.

The popularity of Nang Mwe San with sexy photos seems to have caused problems for his profession as a doctor. He was protested by the company where he worked until he was asked to resign.

Nang Mwe San even received a warning from the medical association there to stop his hobby of posting sexy photos, or his license as a medical professional would be revoked. Not feeling anything wrong, he continued his hobby.

“They said I was breaking Myanmar tradition and asked me to sign a piece of paper. I signed it, but that didn’t stop me (uploading photos on social media). In the end they sent me a letter stating that my doctor’s license had been revoked,” said Nang Mwe San. , as quoted from the Malay Mail.

Now Nang Mwe San chooses his own path in life, by becoming an adult model for OnlyFans. He also decided to open an account in September 2020 and since then his income has increased dramatically.

This woman with 600 thousand followers on Instagram admits that she can make up to USD 50 thousand or around IDR 727 million a month from selling sexy content on OnlyFans. In comparison, the salary of doctors in Myanmar’s public hospitals is only around Rp. 2.9 million per month while private hospitals are slightly more than that.

Nang Mwe San said, for him, social media became a platform to make money without selling the body. Coupled with the emergence of OnlyFans, it is increasingly possible for him to make even more profits.

“I want to earn money, not from a sugar daddy, but with my own business. As soon as I know that I can also do it at OnlyFans, that’s when I joined,” he said.

“I feel happier working as a model,” she said.

“They can’t judge me by what I’m doing now because some Hollywood artists like Amber Heard, Bella Thorne, are also doing the same thing. As long as the seller and customer are both profitable, it’s not a big problem,” said Nang Mwe San, answering various criticism of his current profession.