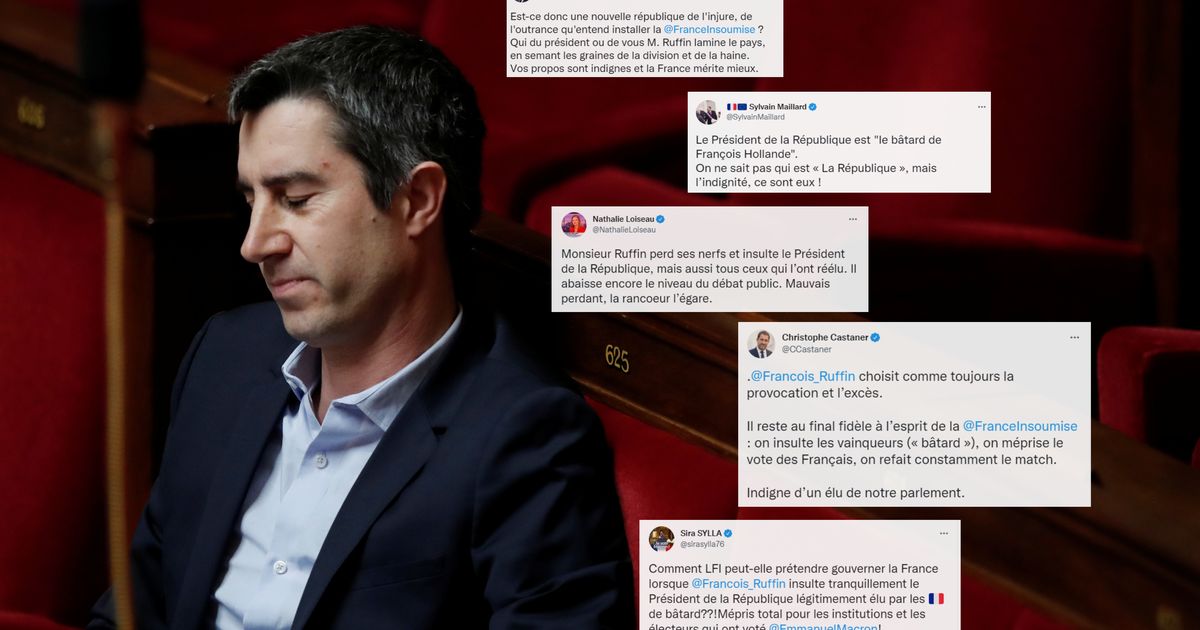 François Ruffin photographed at the National Assembly in February 2020 (illustration)

POLITICS – How do you recognize a barrage in Macronie? In two words: copy-paste. This Thursday, April 28, several deputies and LREM officials expressed their indignation after the passage of the rebellious elected François Ruffin on France inter, in a context where Macronie don’t hold back versus Jean-Luc Melenchon in the perspective of legislative elections.

“Today there is a flag of the left, which is high, which can shine, whereas it could no longer exist when we had five years of Holland, and that his heir, his son, his bastard, Emmanuel Macron, is presented as being the continuity”, declared the deputy of the Somme. A tone that made the elected macronists jump, who see it as a direct insult addressed to the head of state, even to his voters.

“François Ruffin always chooses provocation and excess. In the end, he remains faithful to the spirit of France Insoumise: we insult the winners (‘bastard’), we despise the vote of the French, we constantly redo the match. Unworthy of an elected member of our parliament,” tweeted Christophe Castaner, president of the LREM group in the National Assembly.

In the end, it remains faithful to the spirit of the @FranceInsoumise : we insult the winners (“bastard”), we despise the vote of the French, we constantly redo the match.

Unworthy of an elected member of our parliament. pic.twitter.com/d2TGmnEGFx

“Mr. Ruffin loses his nerves and insults the President of the Republic, but also all those who re-elected him. It further lowers the level of public debate. Bad loser, resentment leads him astray”, went up the former minister, now MEP, Nathalie Loiseau.

To ensure that the message does not go unnoticed, several LREM elected officials published the exact same tweet a few minutes apart, suggesting that an instruction had been given internally to hammer the criticism: “When the Insoumis will learn they to lose with dignity?”. A method that is reminiscent of that used by Éric Zemmour’s teams during the presidential campaign.

It is difficult not to see in this communication operation a link with foot calls of Macronie in the direction of left-wing voters who would be disappointed by the agreement (being discussed) between the PS and LFI. Solicited by Le HuffPost after this avalanche of criticism, the entourage of François Ruffin returned to ce tweet published by the interested party: “Bastard, nm: illegitimate child”. It’s true, it’s not fair: Macron is in the right line of Hollande. ‘My enemy is finance’ gave birth to a banker at the Elysée. With the same policy: CICE, labor law, pension reform and company”.

See also on The HuffPost: La Macronie wastes no time to (re) pound Mélenchon