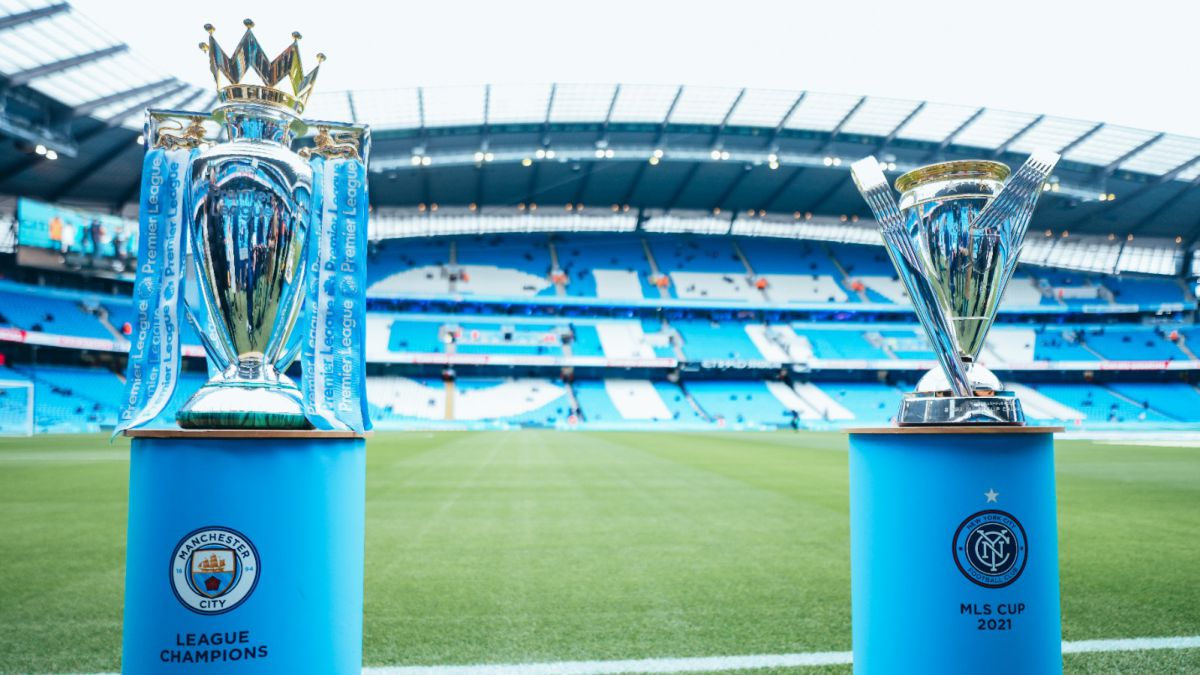 As we already know New York City FC y Manchester City pertenecen al City Football Group, as well as other teams throughout the world, among which the Melbourne City from Australia, Girona FC from Spain and Montevideo City Torque from Uruguay.

Due to the level of investment and management of each of the clubs, the demand is to the maximum on the part of the owners and the organizations have to respond in the best way in each tournament they compete.

In the last year, three of their teams were league champions in their country. Manchester City won the Premier League (2020-2021) for the third time in the last four years, Melbourne City reached their first A-League (2020-2021) and New York City became champion for the first time in its history by lifting the 2021 MLS Cup.

Speaking exclusively of Americans and English, Manchester City today recognized NYCFC’s success from the pitch at Etihad Stadium in a ceremony in which both clubs presented their trophies to fans, prior to the game they had against Chelsea from Christian Pulisic.

Manchester City was Premier League champion in the 2020-2021 campaign after obtaining 86 points and overcome the greatest rival Manchester United. On the other hand New York City FC lifted its first MLS championship by beating the Portland Timbers on penalties from Providence Park.

Success seems to be close to a new account for the City Football Group, as the ‘Sky Blues’ of England are first in their league and have a considerable difference of 13 points with Chelsea, second place. In addition to this, one of the main goals is to win the Champions League, where they are in the Round of 16.

As for the ‘Newyorkers’, they are expected to start the year in the best possible way by competing in the CONCACAF Champions League and start the defense of its title in the 2022 season against LA Galaxy.