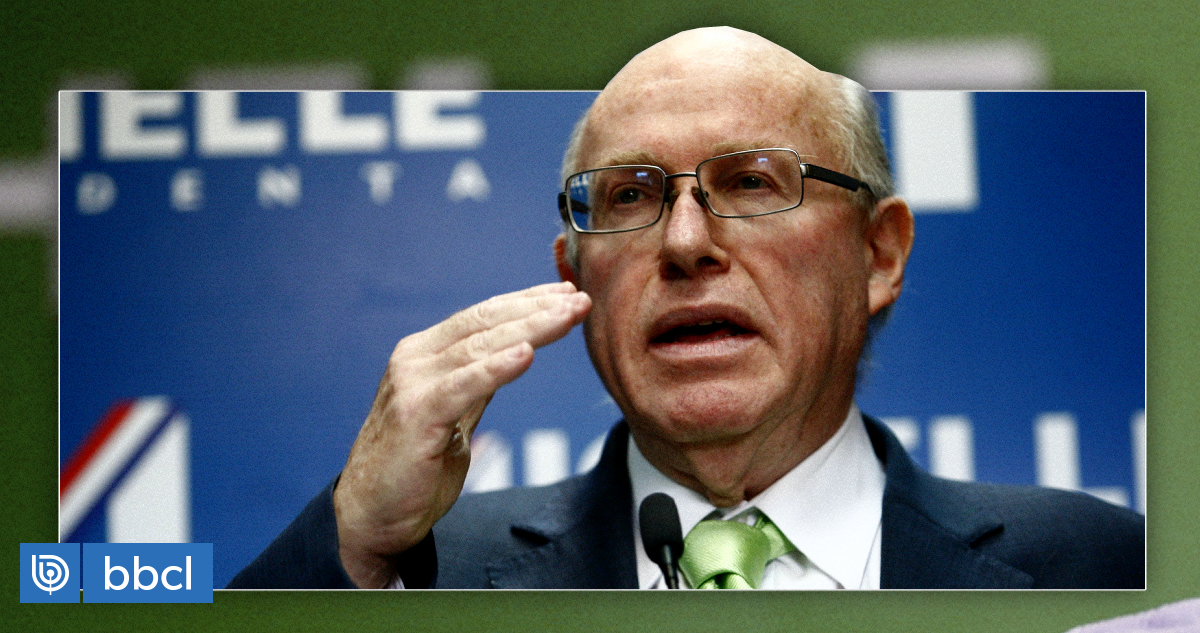 Mario Waissbluth does not hesitate to point out that the most serious political error that the Gabriel Boric administration has made is to have committed itself so much to the Approval, “knowing that it was going to lose.”

The columnist mentions in turn that the adherents of the Approval “have become even more virulent than before the Plebiscite”, which he has perceived even in his closest environment. “I see it even in my approving friends; they are not willing to reflect one bit, ”he remarks.

For his part, the academic rules out that the president will have problems complying with his government program despite the triumph of Rejection.

In addition to assessing the arrival of Ana Lya Uriarte and Carolina Tohá to the Undersecretary of the Interior and the Ministry of the Interior, respectively, Waissbluth defends Izkia Siches for the criticism she received during her tenure.

“I think it has already become a common thing to say that Izkia was doing it wrong,” he emphasizes.

Result of the Plebiscite

-In your opinion, who were the main responsible for the defeat of the Approval in the Plebiscite?

I believe that they seek to spread blame when these results were sung. A week before the Plebiscite I wrote a column called Oracle for September 4 in which I state, I don’t want to presume, that it was possible that it was close to 60%-40% simply based on electoral evaluations.

If you add the votes of the right in the last parliamentary election, which bordered on 40%, plus the votes of the People’s Party, 13%, in which they were completely for the Rejection, you already have 53%. Add a third approximately from the center-left and there you add about five points, that is, you have 58%.

To that I add the Mapuches, who the CEP survey showed are completely against, and already parts with 60%. And in the face of that, not even if Gabriel Boric had done three times the campaign, nor even if they hadn’t taken the flag out of their butts… all that was adding more gas to a potash that was already cooked.

Rather, what really surprises me is what led Boric, who could very well have made this simple and rational analysis, to commit himself so much to the Approval knowing that he was going to lose. That is what seems to me to be the most serious political mistake that this administration has made among the many mistakes that they have made in this period.

-How much do you think the fake news could have influenced the result of the Plebiscite?

Around zero. First of all, there weren’t that many fake news, that’s something he loves to say to people who lost, but there weren’t that many. But I repeat to you, with fake news or without fake news, the right, the People’s Party, the Yellows for Chile and the Mapuches already accounted for 60%, so this Plebiscite was lost as soon as it was known that the text was lousy. The central fault lies with a lousy constitutional text, all the rest are decorations.

-Why do you suggest that the new cabinet did not leave the narrow framework of the “approvers”?

Because he did not leave the narrow framework of the approvers. I would have expected a cabinet in which the center-left was incorporated beyond the approvers. Bacheletismo was put in the cabinet, that is to say, Carolina Tohá and Ana Lya Uriarte entered, they are very solid, I have no criticism of them. But it is not a cabinet that extends its hands to those we reject, it is still a cabinet for 38% of the country. That is what I meant.

-The sectors that were going for the Approval have made the corresponding self-criticism after the results of the Plebiscite?

I have not listened to any representative of the Approval, except for Noam Titelman who is the only one I have seen come out to say and write that it would be time for them to make a self-criticism. There has not been an iota of self-criticism and that seems serious and pathetic to me.

-How do you think the constituent process will continue, or should continue?

What I would like is different from what I think will happen. I believe that it is already a fact that there is going to be a new elected convention, but I would very much like more experts to be used, I am not saying not to elect a new constituent group, but I believe that the country has said, and the polls say so, that we citizens want there to be a group of experts that knows about the subject, that has much more influence in this constitutional process than it was the first time.

-From sectors of the right, as in Republicans, they have stated that they do not take it for granted that Chileans want a new Constitution.

-How much could the failed appointment of Nicolás Poblete in the Undersecretary of the Interior have affected the government, considering all the controversy that surrounded that moment in the cabinet change?

– Do you think there was a certain “anti-communism” as has been said in the opposition when stating that it was a contradiction that a communist like Poblete assumed in the Undersecretary of the Interior?

No, I would have objected the same. When I see Hugo Gutiérrez encouraging the students to take the Metro, it doesn’t seem to me that the Communist Party is the most appropriate to control violence and terrorism in Chile. For no reason. That’s why it was a bad sign.

Boric and his government program

– Will President Gabriel Boric have many difficulties to comply with his government program considering the defeat of the Approval?

I voted for Boric because I liked his government program. It is a social-democratic program and I don’t think he should have major problems in passing laws that move in that direction, I think that in that sense he is against the ropes in his public image but it shouldn’t be a big obstacle to sending bills sensible to Congress, especially now that we are going to have an experienced woman like Ana Lya Uriarte in the General Secretariat of the Presidency.

-Minister Carolina Tohá takes office in the Ministry of the Interior at a time when we have seen various protests in the capital, added to the situation in the southern Macrozone. What will be her main challenges?

You just said it yourself. I would not want to be in her shoes, her main mission is to control everything from terrorism in La Araucanía to the students who are taking the Metro. I said it somewhere in a tweet, she has to do it with a silken hand but an iron glove. It must be very democratic, respecting the law and the Constitution, but the main role of the State is to curb violence among its citizens. And that’s what she has to do.

-Regarding the six months in which Izkia Siches was in charge of said portfolio. Do you think there were many unforced errors that ended up costing you? How did you see the management of him?

I applauded Izkia Siches when she was appointed, I was happy with her appointment. She then started to make some mistakes but I think her mistakes have been overrated.

I think it has already become a common thing to say that Izkia was doing it wrong and the truth is that he did a lot of things that were not bad at all. So I think she was already, as the movie says, a Walking Dead Woman no matter what she did, and she did a lot of good things.

I’m going to be honest with you, the truth is that I don’t remember them right now, it’s not because I’m running. But he developed bills to control terrorism and did well in Congress.

Our comments are a space for conversation and debate. We welcome constructive criticism, but reserve the right to remove comments or block users aggressive, offensive o abusive.