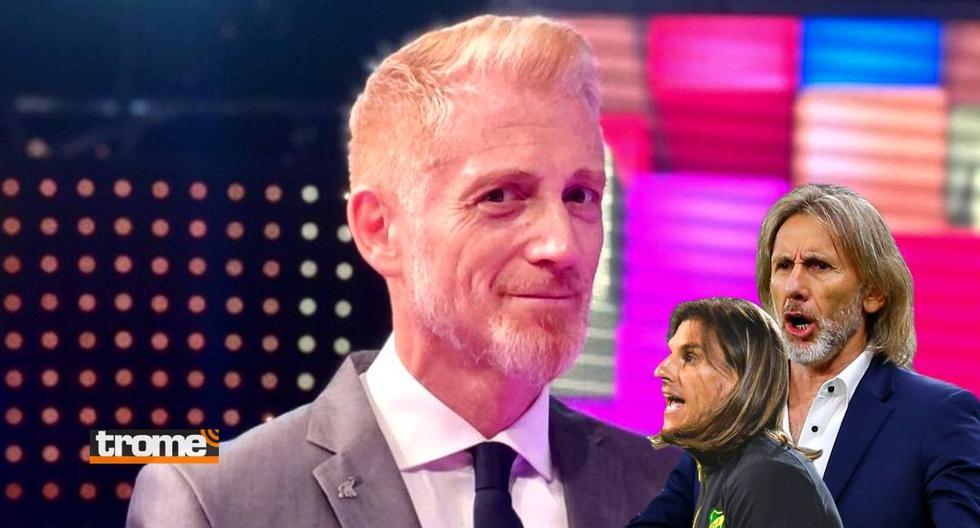 Martin Liberman has been one of the journalists closest to Ricardo Garecamaking clear his admiration for the work he did with the peruvian national team, until the playoff in Qatar, where it was left out of the world cup. The popular ‘Colo‘ took advantage of his appearance on an Argentine national television program to expose the future of ‘Tigre‘ and who would be his replacement in the ‘white-red’.

SEE ALSO: Erick Osores sends a harsh message to Jefferson Farfán: “Do not force this” [VIDEO]

While Agustin Lozanopresident of the Peruvian Football Federation declares, in Chiclayo, are still in negotiations with Ricardo Gareca. From Argentina, the journalist from ESPN took advantage of an invitation on the program ‘The 8 Steps‘ of Canal El Trece that leads Guido the Duck.

The question to one of the participants tried to force his wrong answer about the name of the coach of the Peruvian team and forced the intervention of “Colo”. “Gustavo Alfaro did a magnificent job, after managing Boca Juniors, he went to Ecuador and qualified for the World Cup. Peru had Ricardo Gareca for many years. The ‘Tigre’ would be deciding to leave… Today, technically, he is no longer Peru’s coach and I have the information that the next coach will be (Sebastián) Beccacece”, he said categorically on open television.

It was learned that the journalist from EPSN would have access to information about the trainer’s environment Defense and Justice that he would be close to resolving his relationship with the Argentine team to assume a possible commitment to the Peruvian team. The 41-year-old coach has been a technical assistant for Jorge Sampaoli During his time as coach of Chile and the Argentine national team.

Although the information from Martin Liberman they talk about a ‘Plan B‘ of the Peruvian team and its directors. Meanwhile, the owner of the FPF has decided to prioritize dialogue with the ‘Tigre’. “We are in talks, Ricardo Gareca is on break and next week I will meet with him again and we will have some news. We talk a lot and we believe that it is good for both of us to take some time, with patience things are done well”Lozano pointed out.

Ricardo Gareca is coach of the peruvian national team since 2015 and among his main achievements is qualifying for the 2018 World Cup in Russia after 36 years. He also achieved the silver medal in the Copa America in Brazil 2019. In 2015 he won a bronze medal in the Chile’s America’s Cup.

SEE ALSO: ‘Truck’ confessed pique and crash on the Expressway with ‘U’ players [VIDEO]

The DT adds 96 meetings with the ‘white-red‘ with a balance of 39 wins, 34 defeats y 23 draws. The team’s goalscoring production reached 120 goals and a worrying record of 108 goals against.

“I exceeded the limit”: Téo Lavabo makes his mea culpa after his inappropriate behavior towards a fan

The hour of corporate wellness | Well-being in the company