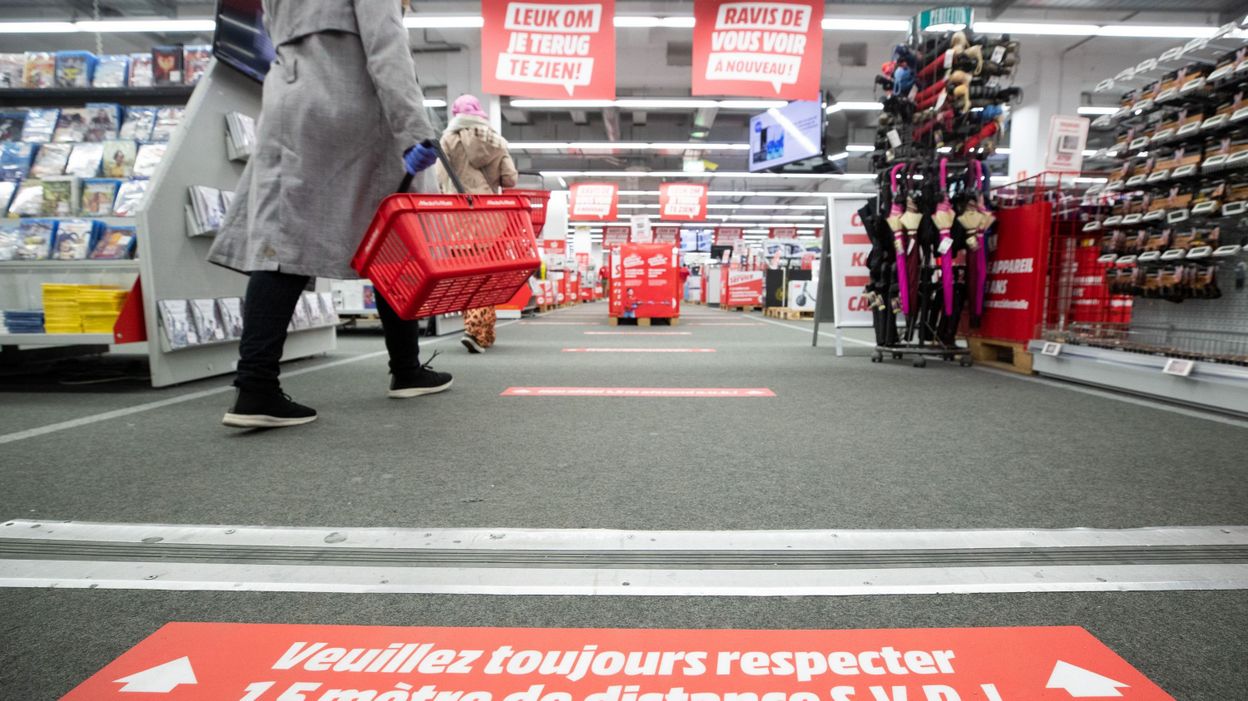 MediaMarkt will close three stores by September 30. The announcement was made to the union delegation during an extraordinary works council on Friday at 11:00 a.m., indicates the CNE in Belga.

“For the time being, no dismissal has been announced. Management promises to redeploy staff from stores that are going to close, but we are concerned“, specifies Latifa Benhilal, national delegate for the CNE at MediaMarkt.”We know the company’s methods. Black Friday (Friday, November 26, Editor’s note) and the end of the year holidays are coming and they will need staff, but it is a safe bet that after the holidays, the relocated staff will be laid off. We are talking about 40 full-time equivalents who risk losing their jobs.”

The union is contesting the closure of these stores. “Management invokes the coronavirus crisis, but just look at the figures: online sales and Pick up at store (collection at the store, Editor’s note) have exploded“, s’indigne Latifa Benhilal.

The CNE further considers that since the establishment of a new organizational structure, when the management for Belgium and Luxembourg became Dutch, “we are witnessing a relocation of the back office to Rotterdam“.

The union representative also announced that a complaint will be lodged with the FPS Employment, Labor and Social Dialogue for, in particular, abuse of recourse to temporary unemployment within MediaMarkt.

Setca, for their part, believe that the announcement of the closure is “a sledgehammer“for workers and their representatives. The socialist union deplores”the disrespectful attitude of management towards social consultation“and demands clarity.”It is essential to have a clear vision of the impact of these closures on other stores, on their future and therefore on employment.“, he emphasizes.

The management of the sign has confirmed to Belga the closure of the three stores out of the 27 present in Belgium. She specifies that these are the brand’s three smallest stores, and that they are located inside other businesses (such as Makro). “These stores are not profitable and will not be in the future.“Says spokeswoman Janick De Saedeleer. The company says all three are also located a few kilometers from other MediaMarkts, where the 44 workers concerned will be relocated.”No one will lose their job“, promises the sign, adding that it will continue to open stores in the country.