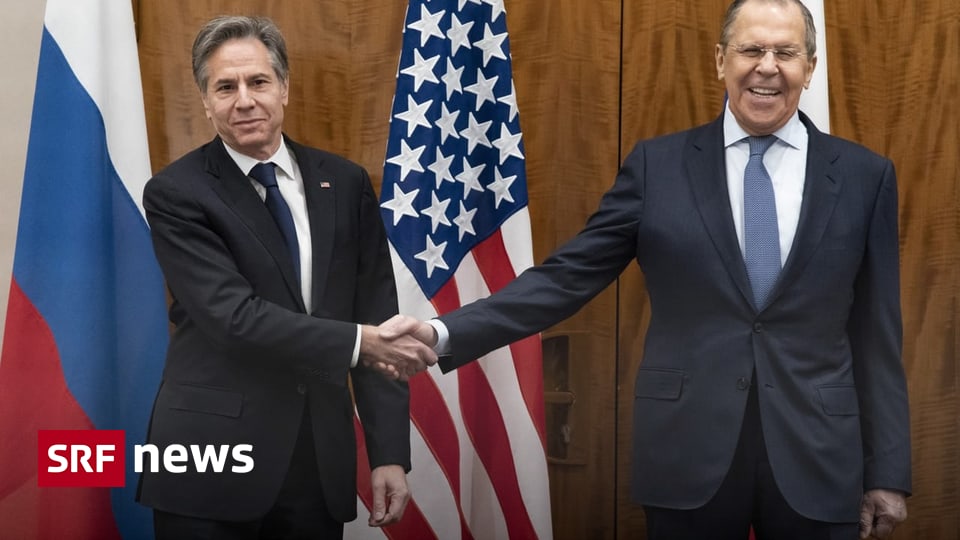 US Secretary of State Antony Blinken assessed the meeting positively. The conversation was “open”, without polemics, but characterized by professionalism, said Blinken in Geneva. Both sides now have a better understanding of each other’s position. It was an exchange of views, not a negotiation. He agreed with Lavrov that the diplomatic process must continue.

“I have conveyed the position of the United States and our European allies and partners that we stand firmly with Ukraine and support its sovereignty and territorial integrity,” Blinken said in Geneva. “We have made it clear that if any Russian forces move across Ukraine’s border, it will be a re-invasion. The United States and our partners and allies will respond quickly, forcefully, and collectively.”

At the same time, Russian Foreign Minister Sergey Lavrov also dampened hopes of an early relaxation in relations with the West. He does not expect a breakthrough in the upcoming talks, Lavrov said in advance. According to Lavrov, his country has no plans to attack Ukraine. His counterpart asked him to de-escalate the situation. This is not the end of the dialogue.

Russia sees its security threatened by NATO and is demanding an end to the eastward expansion of the alliance. Lavrov criticized that a “Russophobic minority” set the tone. The minister stressed that the security of one country in Europe cannot be guaranteed to the detriment of another country. This principle is preserved in the documents of the Organization for Security and Co-operation in Europe (OSCE). He asked Blinken to comment on how the United States wanted to comply with this principle.

According to a media report, the Russian government is expecting a written response from the USA to the conditions it has set in the coming week. This is reported by the Interfax news agency, citing Deputy Foreign Minister Sergei Ryabkov. According to Lavrov, President Vladimir Putin is always ready to get in touch with US President Joe Biden. However, any contact between the two heads of state should be well prepared.

Russia has massed around 100,000 soldiers on the border with Ukraine, but rejects the accusation that it is preparing an invasion of the former Soviet republic. The West has repeatedly warned that an invasion of Ukraine would have serious political and economic consequences. The government in Moscow is demanding security guarantees, such as NATO’s commitment that Ukraine will not be admitted to the alliance. NATO rejects this with reference to the right of states to self-determination, but has not yet shown Ukraine any concrete prospects of accession.

Meat Loaf, rocker and ‘Bat Out of Hell’ singer, dies at 74