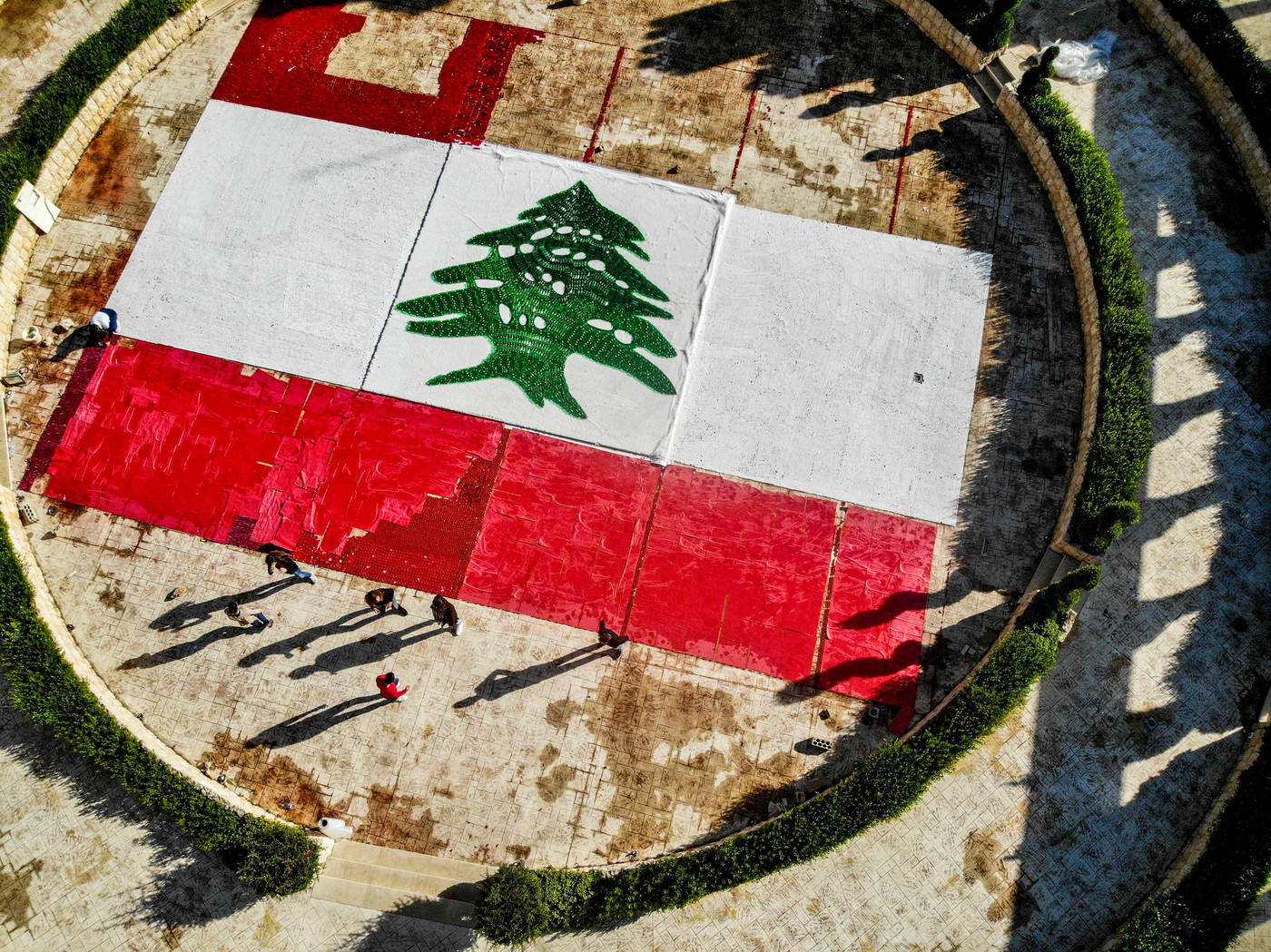 “Traitor! “ “He disappointed us! “ These kindnesses fuse on social networks to the address of the President of the Bar of Beirut, Melhem Khalaf. His crime? Calling for dialogue between the components of the Lebanese political spectrum, in an appeal launched on Monday 23 November entitled “Together, we can recover the state”. “We want to restore the state to rebuild our homeland”, he launched during a carefully considered speech, in the room of the lost steps of the courthouse, decked out in the colors of the national flag the day after the 77e anniversary of the independence of Lebanon.

His appeal surprised more than one, because the 58-year-old lawyer was unanimously acclaimed a year ago when he was elected head of the Beirut bar without the support of any party. The actors of the protest movement, in particular, refuse any contact with the ruling class. It’s about a “National rescue initiative, 100% Lebanese”, of a country in the process of sinking, he replied, in reference to that initiated in August by French President Emmanuel Macron.

He brushes aside criticism with a smile

His project enjoys the support of a collective including rectors of the main universities in Lebanon, high representatives of all religious communities, members of professional and workers’ orders and unions, actors in economic life and civil society. Melhem Khalaf therefore dismisses the critics with a slight smile: “Who has the right to award certificates of patriotism? We are faced with an earthquake that risks bringing down the State: it is no longer power that is at stake, it is the State. Our goal is to rebuild it and restore its power over the whole territory ”.

To achieve this, the president brandishes the weapons in which he has always believed: the Constitution, the law and the justice system. He also relies on the deep faith that has guided him since childhood. For this Christian, who grew up in Ras Beirut, in the western part (predominantly Muslim) of a capital torn by fifteen years of war, living together seems obvious.

It was during these years that he became the man he is today. “I was lucky enough to live in the middle of the war with people who should have killed me, cut my throat. I grew up in movements like the Eucharistic Youth Movement, within the Lebanese Red Cross, where I witnessed human dramas with trust, love, which is the greatest force that can make people tremble all the meanness in the world ”, he confides.

At the worst of the civil war, in 1985, he created the Offer-Joie association, which he defined as “A sense of life”, carried by young volunteers from all regions and all faiths. With them, he breaks all barriers, transcends the community differences that undermine Lebanon, armed with a single currency: “Love, respect, forgiveness”. Every April 13, the tragic anniversary of the start of the civil war in 1975, it brings together the Lebanese around activities on memory, so that, never again, this “Blessed land” does not succumb to the pangs of violence.

Melhem Khalaf says he draws his strength from “Conviction that this country must succeed in living together, the basis of a model nation for humanity which, today, seeks to manage diversity without destroying its unity”. Faced with the sirens of federalism which resonate more and more strongly on the Christian side, the chairman plague: “They didn’t understand anything, the division is asphyxiation, death, a suicidal project. May they reread the apostolic exhortation of John Paul II for Lebanon ”(1).

“Those who are afraid will never be able to build a future”, he slices, recalling that “To bring together communities, to dialogue, this is the only way of salvation for this country”. To offer a second centenary to this new Lebanon he dreams of, Melhem Khalaf wants a “National debate is established to apply the Constitution”, by reconstituting the links of the State one by one, by creating a Senate representing all religious families and a Parliament elected on non-confessional bases.

Lebanon: still deprived of government, the country is heading “towards hell”

And to those who suspect him of having political ambitions, the chairman replies that his initiative “Has nothing to do with power” : “We are moving from a Lebanon of corruption, clanism, division, to another Lebanon that needs values. Yes, this initiative is disturbing, but our breath is much longer than anyone else. We will not stop, we have a country to build ”. In a country on the verge of collapse, where hope has become a scarce commodity, Melhem Khalaf assumes himself as “A utopian with my feet on the ground ”.