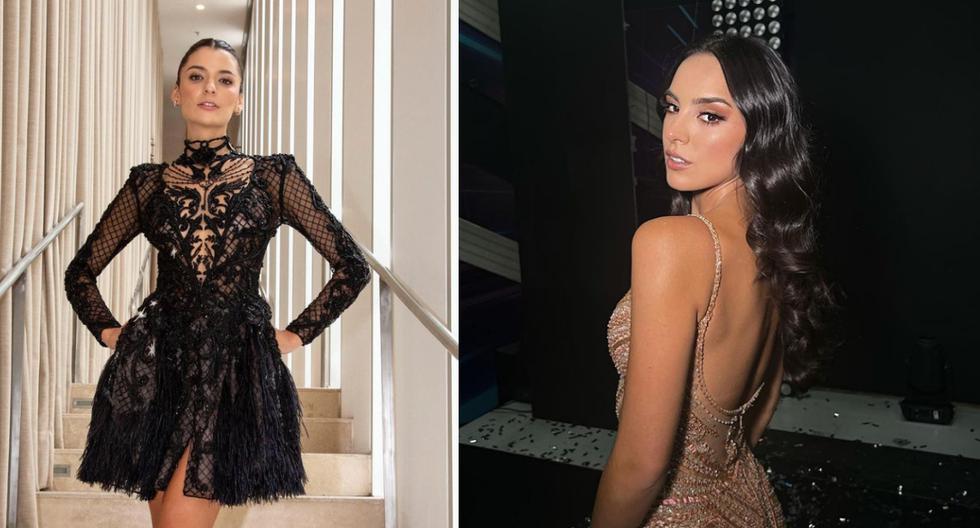 After hard weeks of preparation, the participants of the Miss Peru 2022 They finished their experience. This Tuesday, during the program “Esto es Guerra” broadcast by América Televisión, Jessica Newton together with Miss Peru 2020 Janick Maceta and an international jury, crowned Alessia Rovegno Cayo as the national representative who will go to Miss Universe at the end of the year.

The first time we heard about Tatiana (27) was when she participated in the Elite Model Look contest. It was her first approach to modeling herself. At the age of 18, she entered the beauty pageant “Peru next top model”. Although she was one of her favorites on the television show, she was forced to leave it after accusing the photographer of inappropriate touching during a photography challenge. Calmell alleged that she was uncomfortable with touching, that she told the photographer but he ignored her. In a decision that leaves a deplorable message, the jury decided to remove her from the program for insinuating harassment.

Despite her departure from reality, Tatiana developed a successful career in modeling locally. She has walked for designers like Noe Bernacelli, Anis Samanez or Sitka Semsch. In addition, she recently took her first steps as an actress, another dream of the talented Calmell. She currently plays Danielle, in the television program “Princess”, broadcast by America.

Currently Tatiana maintains a love relationship with the surfer Cristóbal de Col, who was seen on the set of “Esto es Guerra” supporting her during the final of Miss Peru 2022. Tatiana has become Miss Peru International after finishing second in the contest of beauty.

Remembered for her participation in the cast of América Kids in 2008, Valeria Flórez (25) was one of the favorites during the months of preparation against Miss Peru. After her participation in the children’s program, she appeared on the small screen in the reality show “Challenge of Champions”. In 2019, she had a radio program called “Todo vale” on Onda Cero, in which she talked with her listeners about different current issues.

Currently, Flórez has created a career as a television host. She hosts “A day at the mall”, a program with Andrea Arana on Willax TV. In addition to her achievements in the media, Flórez also has a great talent for dancing and singing. Last year she released her first song “Ya no”, a song that raises her voice against violence.