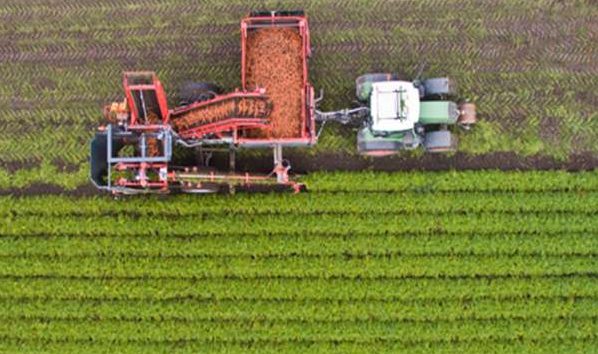 This development is explained by the exceptional performance recorded the previous campaign 2020/2021 and the unfavorable climatic conditions of the current campaign, specifies the ministry in a press release, noting that the impact of this drop on the overall GDP should not exceed – 1.7 points.

“The good forecasts for the performance of spring crops and the olive, citrus and market gardening sectors, combined with the support measures provided to stockbreeders and the rural economy in general within the framework of the exceptional program to reduce the impact of the rainfall deficit, will contribute to partially offset the effects of the fall in the production of autumn cereals, thus making it possible to limit the impact of the water deficit on the growth of the agricultural sector,” the ministry stated.

Indeed, according to the same source, the 2021/2022 agricultural campaign recorded rainfall which reached 188 mm at the end of April 2022, a decrease of 42% compared to the average of the last 30 years (327 mm) and 35 % compared to the previous campaign (289 mm) on the same date, noting that monitoring by satellite images of the vegetation cover shows vegetation profiles that are generally similar to the 2015-2016 agricultural campaign.

The forecast production of the main cereals (Soft wheat, durum wheat and barley), for the 2021/2022 agricultural campaign, is estimated at 32 million quintals, i.e. a drop of 69% compared to the previous campaign which recorded a production among the records, provides the ministry, adding that this production results from a cereal area sown under this campaign of 3.6 million hectares of 3 cereal species.

The other cultures display a état favorable. “Indeed, overall, the cumulative rains since the beginning of March have contributed to the restoration of the plant cover to normal levels and ensured the smooth running of spring crops”, indicates the ministry.

Similarly, positive performances were also observed for fruit and vegetable exports with an exported volume exceeding 1.5 million tonnes, an increase of 16% compared to the last campaign. This good performance is due in particular to the increase in exports of various vegetables (+11%) and various fruits (+63%), in particular grapes, peaches, nectarines, avocado and organic melon, apricot.

With regard to the situation of the livestock sector, it has clearly recovered, allowing the maintenance of the performance of the sector as a whole, thanks to the support provided to breeders by the exceptional program to reduce the impact of the rainfall deficit, and the improvement of routes and fodder resources for the spring season.

Ten people were killed in a shooting at a US supermarket