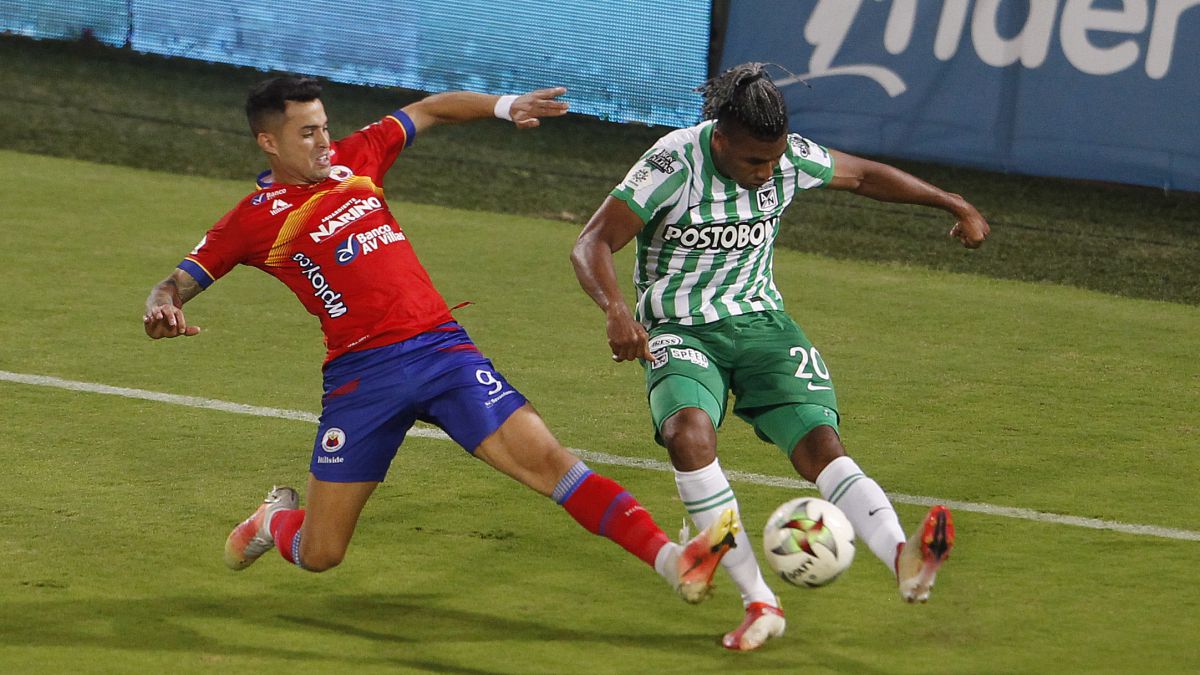 It was an even duel in the first 45 minutes. Nacional had the initiative from the beginning and had possession of the ball, however, for much of the game he could not find offensive societies that allowed him to generate scoring chances. Pasto did a good job defensively until half an hour into the game, when he began to suffer near his goal.

Cabezas avoided the first goal in the 33rd minute, with an impressive save after a rebound from Guzmán, but towards the end of the opening stage, the visiting goalkeeper was involved in an action that ended in penalty in favor of Verde. He knocked down Guzmán himself in the area and the referee did not hesitate. Duque changed the maximum penalty per goal to give the locals an advantage.