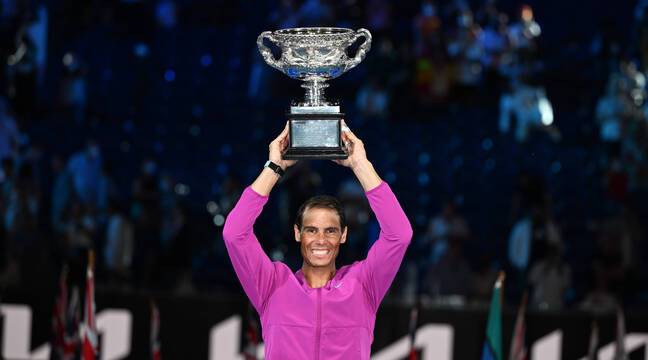 More Covid-19, a crisis in Ukraine and the planet in bad shape… this weekend you left the news aside to take a breath of fresh air and optimism? You did well since we were there to monitor and monitor the news. That’s your summary for your Sunday night update. And I promise, it’s not all bad news

Nadal becomes a legend at the Australian Open

The rise of madness. Rafael Nadal won the Australian Open over Daniil Medvedev in a dream final in Melbourne. The Spaniard won in five intense sets and won a 21st Grand Slam. But that’s not all since he officially becomes the most successful player in Grand Slam history, ahead of Novak Djokovic and Roger Federer.

Ukraine on Sunday called on Russia to withdraw its troops massed along the border between the two countries and to continue dialogue with the West if it “seriously” wants a de-escalation of tensions.

There should only be one left. With enthusiasm or against their will, Yannick Jadot, Pierre Larrouturou, Anne Hidalgo, Christiane Taubira, Jean-Luc Mélenchon, Charlotte Marchandise and Anna Agueb-Porterie were the seven candidates in the running for the Popular Primary, a citizen movement launched in the hope of bring out a candidacy on the left. It’s finally Christiane Taubira which has been appointed, at the end of a campaign which has already largely destabilized the left. With the mention “much more”…

M6 presenter Ophélie Meunier and Amine Elbahi, a young Roubaisien, were placed under police protection, a few days before the trial of the mayor of Roubaix on facts involving a local association and denounced in a report broadcast on the program Restricted zone. On Sunday, this report, suggesting clientelism and complacency in the face of radical Islam, provoked strong reactions on social networks, causing even the Minister of the Interior, Gérald Darmanin, to react at the National Assembly.

This Sunday, a commemoration ceremony took place in Londonderry (Northern Ireland) for “Bloody Sunday”, one of the darkest days in the history of Ulster. Fifty years ago, on Sunday January 30, 1972 in Londonderry, thousands of people marched for the civil rights of Northern Irish Catholics. As the demonstration draws to a close, the situation degenerates. British paratroopers open fire on the crowd. Fourteen civilians lost their lives, including six 17-year-old teenagers. Several victims were hit by bullets in the back. It will be necessary to wait until 2010 so that the responsibility of the British army is recognized in the massacre.

But even today no soldier has indeed been tried for the events of “Bloody Sunday”.

The 100% Moroccan test will effectively fight against contamination

A toxin from bacteria that cause food poisoning, linked to colorectal cancer