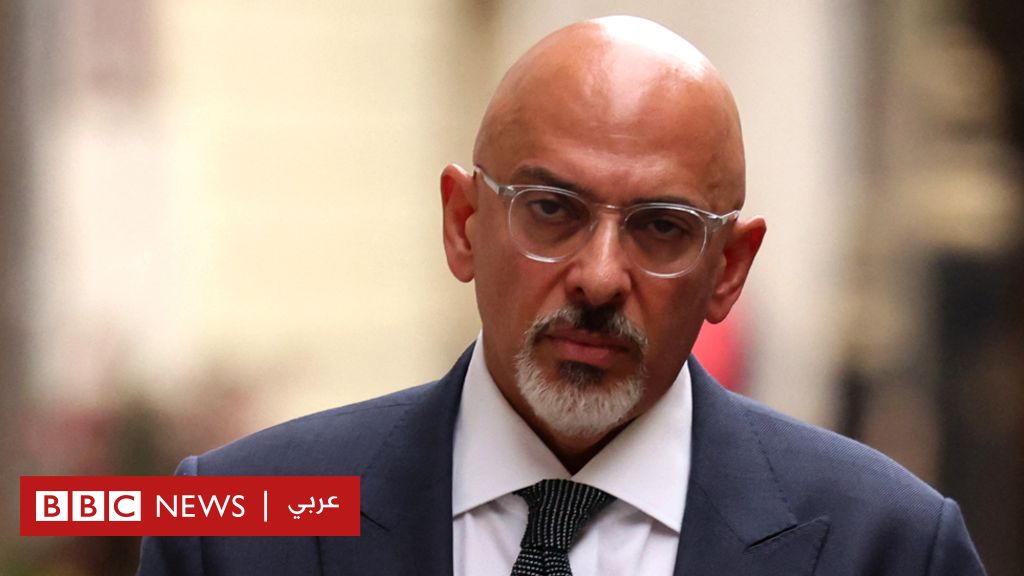 This came after the resignation of former minister Rishi Sunak, who had given up the position after losing confidence in Johnson, he said.

As for Al-Zahawi, 55, it may be that assuming one of the most important positions in the British state is something he did not even dare dream of as a child.

“I was probably one of the luckiest people,” Zahawi, an MP for Stratford-upon-Avon, central England, was quoted as saying.

Al-Zahawi was born in Iraq in 1967, so it was very possible that he was forced to participate in the war with Iran in the 1980s.

“I was going to be enlisted in the Iraqi army, sent to fight on the front lines and maybe killed there,” he told British journalist Nick Robinson in an interview aired on the Political Thought podcast last year.

Instead, Nazim and his parents were forced to flee from Iraq to Britain, where he grew up. His family was quite influential in Iraq. His grandfather served as the governor of the Central Bank of Iraq – and Iraqi banknotes bore his signature.

But when Saddam Hussein took power in 1979, the Zahawi family felt threatened.

Nazim’s father, who was a businessman, knew that the authorities intended to arrest him, so he quickly fled.

Nazim recalls the anxiety of family members as they waited for their plane to take off from Baghdad airport.

After all the passengers boarded, a military vehicle approached the plane. His mother broke down in tears when they saw the soldiers arresting a passenger and getting him off the plane.

His father was not that unfortunate traveler, but a traveler sitting behind him on the plane.

Nazim describes that incident as a “painful childhood moment” that he never lost sight of.

Thus, instead of growing up in Iraq, Nazim grew up in the English county of Sussex. He was educated in private schools and became a good knight.

But another disaster awaited the family. When Nazim was about to go to college, one of his father’s business ventures collapsed, leaving him with everything he owned – except for a brown Vauxhall.

Then, the young Nazim decided to use the dilapidated car as a taxi he was driving in order to provide for his family.

But his mother was insisting that her son receive a university education, so she pawned her jewelry so that Nazim would not worry about the family’s financial situation.

Thus, the young Nazim joined University College London, where he studied chemical engineering. Then, following in his father’s footsteps, he entered the world of business and finance, where he founded a company that specialized in selling products related to the Teletubbies program for children – which was popular in the eighties of the last century – a company in which Geoffrey Archer (now Lord Archer), who was one of the leading politicians of the Conservative Party, invested. at that time.

Lord Archer told the BBC’s Profile programme, recalling that the young Nazim was “a natural organizer, so if you told him I needed six taxis, three planes and a double-decker bus, all in 30 minutes, he would have done it.”

Through parties and feasts hosted by Archer, Nazim met with a number of the most prominent leaders and figures of the Conservative Party, including former Prime Minister Margaret Thatcher.

In 1994, Nazim became a Conservative member of the Wandsworth City Council, south of London, and after three years, he ran for parliamentary elections for the Erith and Timesmead constituency, but was unsuccessful and was not elected to the House of Commons.

When Lord Archer launched his mayoral campaign for the City of London, Nazim Al-Zahawi joined his electoral team.

But Archer was forced to withdraw from the vertical race, so Zahawi had to find another job.

The project was a great success. According to what was reported by the London Evening Standard newspaper, Al-Zahawi sold his shares in the company for 1.2 million pounds.

Having become financially savvy – Zahawi recently refused to reveal his fortune, but is believed to be one of the richest politicians in the House of Commons – he turned again to trying to win a parliamentary seat.

Finally, in 2010, his dream came true, winning a parliamentary seat in Stretford-upon-Avon, a constituency that Conservatives have held for more than a hundred years.

The House of Commons at that time was still reeling from the huge expenses scandal that some MPs were demanding, and Zahawi quickly became embroiled in that scandal, as it turned out that he demanded the expenses of supplying his stables with electric power.

Al-Zahawi said at the time that he was “ashamed of that mistake” and refunded the amounts paid to him. But that scandal did not affect his progress in the political field significantly. In January 2018, then Prime Minister Theresa May appointed him as Minister of Education responsible for Childhood and Family Affairs.

But he soon found himself embroiled in another problem, after attending a party held at the (Presidents) men’s club.

A Financial Times reporter, who attended the party in disguise, revealed that the flight attendants were harassed and heard obscene and obscene expressions.

Zahawi was reprimanded by the prime minister for attending that party.

However, despite being described by current Prime Minister Boris Johnson as a “controversial face from the past”, Nazim retained his cabinet position when Johnson took office in July 2019, when he was transferred from the Ministry of Education to the Ministry of Business.

And in November 2020, in the midst of the coronavirus pandemic, he was handed a job he described as “the most important job I could do” – that of the Minister in charge of Corona Vaccines.

For nearly 11 months, Nazim Al-Zahawi oversaw the program for the dissemination and distribution of Corona vaccines, and he could claim to have achieved quite a success, especially when Britain surpassed many other countries in the field of vaccination.

The Johnson government frequently describes the vaccination program as one of its greatest achievements.

As for Al-Zahawi, commenting on his capabilities and capabilities, he “loves operational challenges.”

Nazim, who was later seen as a “reliable person”, was appointed Minister of Education, following the removal of former minister Gavin Williamson, who lost popularity in the chaos of school exams during the Corona epidemic.

As the person in charge of the education sector, Al-Zahawi faced the unprecedented challenge of enabling an entire generation of students to catch up with education after being forced to miss classes for months due to the pandemic.

During his tenure in the education portfolio, he promoted vocational education certificates, as he aimed to make these certificates the same fame as secondary school certificates (A-levels).

He tried to pass a school law drafted by Johnson’s government, but was forced to backtrack on some of its provisions after the draft law was reportedly faced with strong opposition.

In recent weeks, he has been busy trying to dissuade teachers from thinking of a strike, a move he described as “unforgivable”, especially as it comes a few months after students returned to classes after the epidemic.

The government is constantly relying on Al-Zahawi, as he enjoys a strong media appearance, to defend its president, Johnson, in the various media.

Not only a year ago, Nazim al-Zahawi was a member of the Council of Ministers, but, in a remarkable ascent, he is now moving to a very senior position.

與 How was Minister Wen’s appointment in the controversy over poor personnel? General coverage of the presidential office