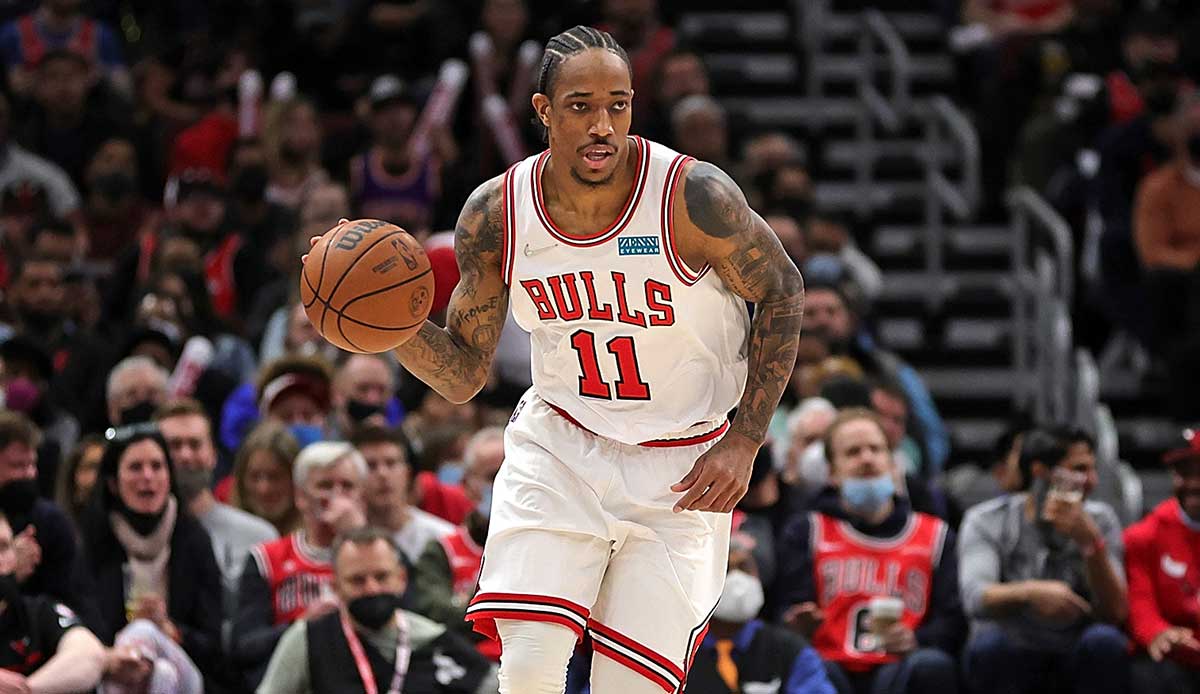 The Chicago Bulls emerged victorious in an exciting game against the Atlanta Hawks. DeMar DeRozan was the standout man for the hosts and was at his best in crunch time, while Trae Young had a miserable evening.

MVP calls echoed through the United Center – and they were aimed at one man: DeMar DeRozan. Before that, the Bulls superstar sank a midrange jumper about 15 seconds from the end and gave the hosts a 109-108 lead – as so often in his career, DeRozan missed his signature crunch time. To make matters worse for the Hawks, he was fouled on the throw, and the free throw was set.

Trae Young had a used night (14 points, 3/17 FG) but still had 10 assists. The European Hawks, on the other hand, delivered, Bogdan Bogdanovic was the best pitcher for the guests (27), closely followed by Danilo Gallinari (26).

Chicago got off to a good start and quickly took a 10-0 lead, with the Hawks only scoring their first points after three minutes. DeRozan indicated in the first few minutes that there was no way around him tonight. The All-Star scored 16 of his 37 points in the first quarter, giving the hosts a narrow lead (24-19).

What was striking in the first half was the catastrophic shooting of both teams from downtown, together Atlanta and Chicago only sunk 4 of their 26 distance shots. The Bulls were more efficient overall (47 percent FG), but the Hawks were able to compensate for this on the offensive board. Clint Capela alone snatched five rebounds from the opposing ring in the second quarter. The Bulls went into the break with a score of 52:50.

In the third quarter, the second Bulls All-Star spoke up. LaVine had 12 points during this period, while the Hawks countered Bogdanovic with three triples from the bench. The game should keep you in suspense until the last few seconds.

In the final period, DeRozan took over the game, hitting every shot (5/5) and putting the hosts on the winning track. Gallinari stood out for the Hawks. He had 13 points in the last quarter and kept his nerve at the free-throw line with about two minutes left, giving Atlanta a three-point lead (108:105).

On the other hand, DeRozan reduced the hosts’ deficit to just one point (108:107). A Trae Youngs layup was then blocked by Ayo Dosunmu – Chicago possession. The aforementioned And-One by DeRozan followed, Javonte Green put the lid on it with two converted free throws.

The Bulls have now won six straight games and continue to salute from the top of the Eastern Conference. If DeRozan keeps up the good work over the next few weeks, not only should he be dubbed MVP by Bulls fans, but he’ll be a part of the award conversation as well.

Haven: why the war in Ukraine gave the dollar revenge