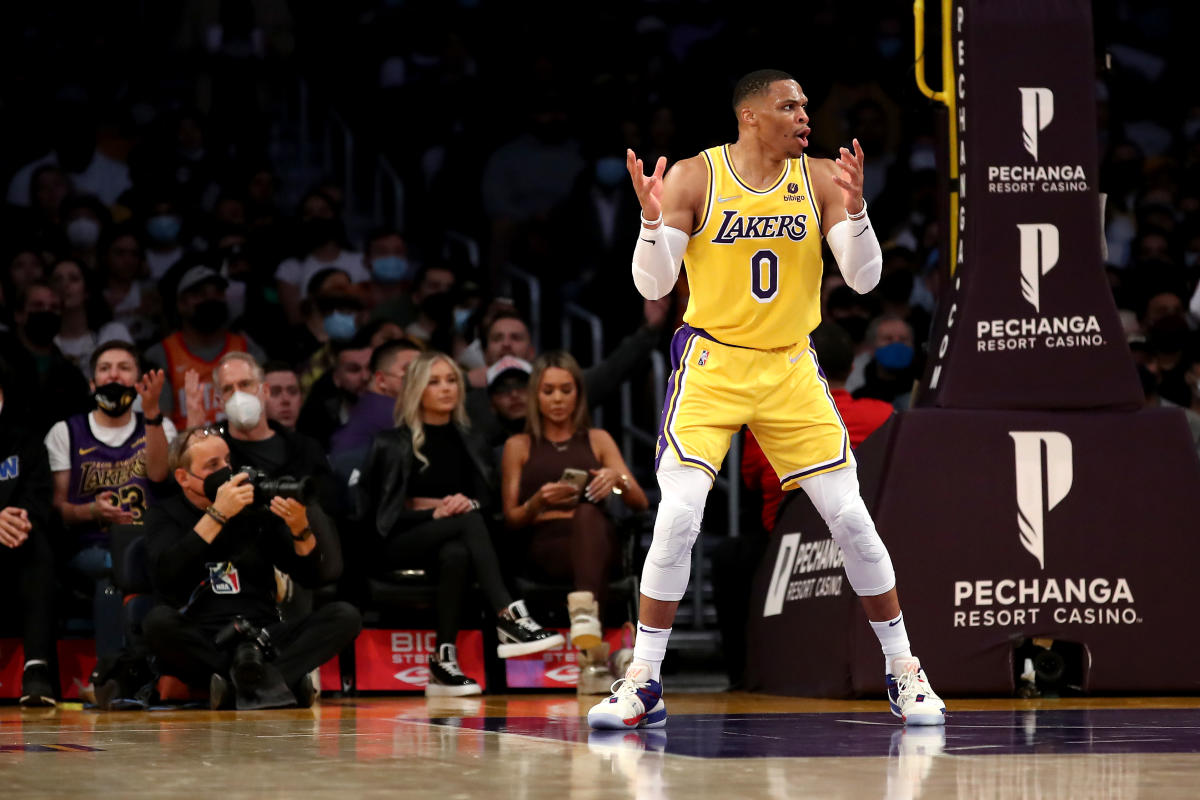 [Lin Zhijie/Comprehensive Report]The Los Angeles Lakers traded for Russell Westbrook with an annual salary of $44.2 million this season. However, his performance has continued to be sluggish recently, and yesterday’s game was a bench at a critical moment. , Now there are media reports that Weisbrook planned to leave the court directly after being substituted in the fourth quarter, but was pulled back by his teammates.

The Lakers lost to the Indiana Pacers at home yesterday. Wesbrook scored 14 points on 5-of-17 shooting, added 2 rebounds and 3 assists, and with 3:52 remaining in the fourth quarter, the head coach Frank Vogel decided to take him off the court and didn’t let him play until the end of the game.

According to ESPN, Vogel decided to play Malik Monk to replace Weisbrook, and Weisbrook was so dissatisfied with the decision that he even planned to leave the court directly, but was eventually replaced by DeAndre Jordan. ) pulled back the bench, but he still left the court 8 seconds before the end of the game and did not accept media interviews after the game.

In addition, it is reported that Vogel obtained the approval of the team’s top management before putting the team’s highest-paid Wesbrook on the bench. It is also said that Wesbrook did not defend Caris Levert as required. , causing the opponent to continue to score points before being substituted.

“Bleacher Report” believes that the Lakers may want to trade Westbrook, but his annual salary is $44.2 million this year and a player option of $47 million next year. It is expected that no team will want to undertake such a huge contract.

👉ASICS Brand Anniversary Sale Up to 25% Off

Keep your heart healthy in winter.. 6 healthy habits that will help you sleep well