Kim Kardashian has four children, the result of her relationship with Kanye West

In recent weeks, rumors of an imminent divorce between Kim Kardashian and Kanye West are getting louder.. In the event of a separation, one of the most powerful couples in Hollywood will have to figure out how they will distribute the millions they made during their time together. But what worries the American media most at this time are her four children.

Kim is thinking about the well-being of the children as a possible separation from West looms. The famous couple has North, 7, Chicago, turning 3 on Friday, Saint, 5, and Psalm, 2. Amid the news that Kardashian is preparing to file for divorce from her husband after nearly seven years of marriage, a source told People that she is worried about what that will mean for the children. “They are very important to her and she worries about what a final separation will be like for them.

“For the last few months and even longer, trying to be a normal family has been challenging and frustrating. Want to move on“Said a person close to the couple to the magazine People. Kardashian has apparently been struggling with whether or not to end her marriage to West after a tumultuous year that included her husband’s controversial presidential race and his public fight against bipolar disorder.

“Kim and Kanye’s marriage is hopeless,” another source told People magazine. “Kim has gotten over the chaos of Kanye, and at this point he just wants to focus on the kids and his own life.”. Moving forward, the insider said that Kardashian wants to continue living in Los Angeles and “create the best life for children.” “They are just not on the same page when it comes to their future as a family,” continues the Kardashian and West source. “And Kim agrees with that. She will do everything possible so that the children have a great relationship with Kanye, she just doesn’t want to be married to him. “

The 40-year-old American media has not been seen wearing her wedding ring, and West, 43, stayed at her $ 14 million Wyoming ranch over the holidays instead of spending that time with the Kardashian family, who It generated criticism for its extravagant and massive celebrations in the middle of the coronavirus pandemic.

“Kim got Kanye to go there [Wyoming] so that they could live separate lives and quietly fix things for parting and divorcing. For her the relationship is over“Said a source in statements to the site Page Six.

The person close to the marriage added that although Kim has done a lot in the past to protect and help Kanye deal with his mental health issues, now he said “enough”. It should be remembered that Kardashian in addition to owning a cosmetics and clothing brand that generates millions a year in addition studying to become a lawyer.

“He takes his career in law as well as his campaign for prison reform seriously. Meanwhile, Kanye is running for president and says stupid things, and she’s had enough. “added the informant to the US media.

Rumors surrounding West and Kardashian’s marriage raged throughout 2020, especially due to West’s outlandish announcement that he wanted to run for president of the United States. West’s baffling political aspirations coupled with highly erratic and unpredictable behavior on social media have sounded alarms around the mental health of the talented musician, who suffers from bipolar disorder.

The fortune at stake 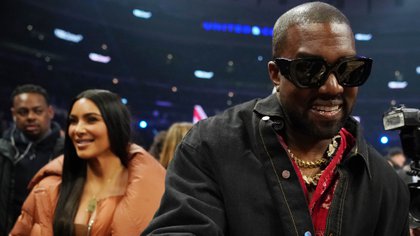 Neither Kim nor Kanye need each other to live comfortably.

The couple signed a prenuptial contract in March 2014, two months before their million-dollar wedding in Florence, Italy. Today the agreement seems outdated. In that year, the musician had an estimated fortune of USD 100 million, against USD 40 million for his wife. Kardashian now owns $ 780 million, compared to West’s $ 1.3 billion. In charge of the dissolution of his marriage would be the famous and feared lawyer Laura Wasser, who has represented celebrities such as Angelina Jolie, Britney Spears and Johnny Depp.

As reported by Forbes, the rapper would have a fortune that reaches USD 1,260 million. But in April of last year it was West himself who sent a message to the magazine in which he assured that his assets were much greater. “They are not a billion. They are USD 3.3 billion (which I have), nobody at Forbes knows how to count “, said the controversial musician. Despite West’s anger, the magazine defended its figure.

Most of West’s fortune comes from his Yeezy shoe brand. The value of the company is linked to Adidas, which manufactures, markets and distributes the footwear.

Forbes calculates that Kim Kardashian has a fortune that is close to $ 750 million. Most of your money is in a brand with your name. In October 2020, the publication estimated that the 72% stake in its cosmetics company KKW Beauty is worth approximately of USD 500 million.

In addition, Kardashian earned millions of dollars after 13 years of starring in the reality show “Keeping Up With the Kardashian.” To this is added his brand of underwear Skims. Last year he added more figures to his fortune with the sale of 20% of KKW Beauty to the multinational company Coty, for nothing less than USD 200 million in cash.

The couple also own several homes, including the mansion located in Calabasas, Los Angeles, a condo in Miami, and two ranches in Wyoming. According to documents West sent to Forbes, there is also at stake $ 5 million in artwork, $ 4 million in vehicles, and $ 3.2 million in jewelry.

Kim Kardashian forced to live a lie: the tumultuous marriage to Kanye West she chooses to hide