JAKARTA, KOMPAS.com – PT Honda Prospect Motor (HPM) will release a new car on February 18, 2021. Even though the invitations have been distributed, the clarity of the product is still a puzzle.

The reason is, in the invitation received by the editorial staff, HPM still keeps the product secret, including the type of car. Only limited to information about the latest Honda car variants will slide virtually on the Hondaisme Youtube channel.

As is known, some time ago there were quite a few new Honda products that were predicted to be ready to launch. Starting from CR-V facelift caught on camera, until City Hatchback which is known to have been registered in the Samsat DKI Motor Vehicle Sales Value (NJKB).

Also read: Already in Indonesia, When Will Honda Launch the City Hatchback?

Regarding the City Hatchback news, Yusak Billy, PT HPM’s Business Innovation and Sales & Marketing Director, has also acknowledged his presence. But the timing of its release is still a secret.

As for the CR-V facelift which is rumored to be carrying Honda Sensing technology, Billy did not give any comment.

However, based on radar tracing to several Honda salespeople, many have said CR-V facelift will be paving in the near future. Not only that, consumers who are interested can also place an order.

“Iya CR-V facelift will slide in the near future, if interested can give booking fee amounting to Rp 10 million, “said a Honda saleswoman in South Jakarta, to Kompas.com (6/2/2021).

Also read: This is the Look of the MAB Electric Angkot 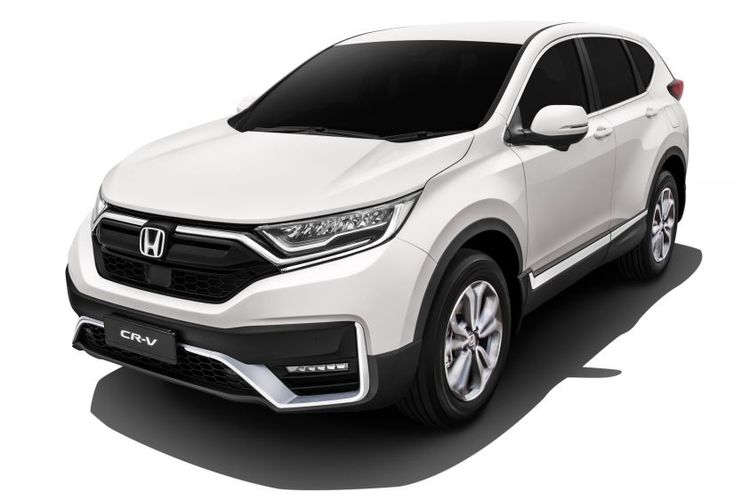 Speculating from the two new units that were already busy before, plus an invitation to the latest car variant to complete its portfolio, it is possible that Honda will launch both.

But about the certainty itself, it must wait launching which was held virtually on Thursday (18/2/2021).