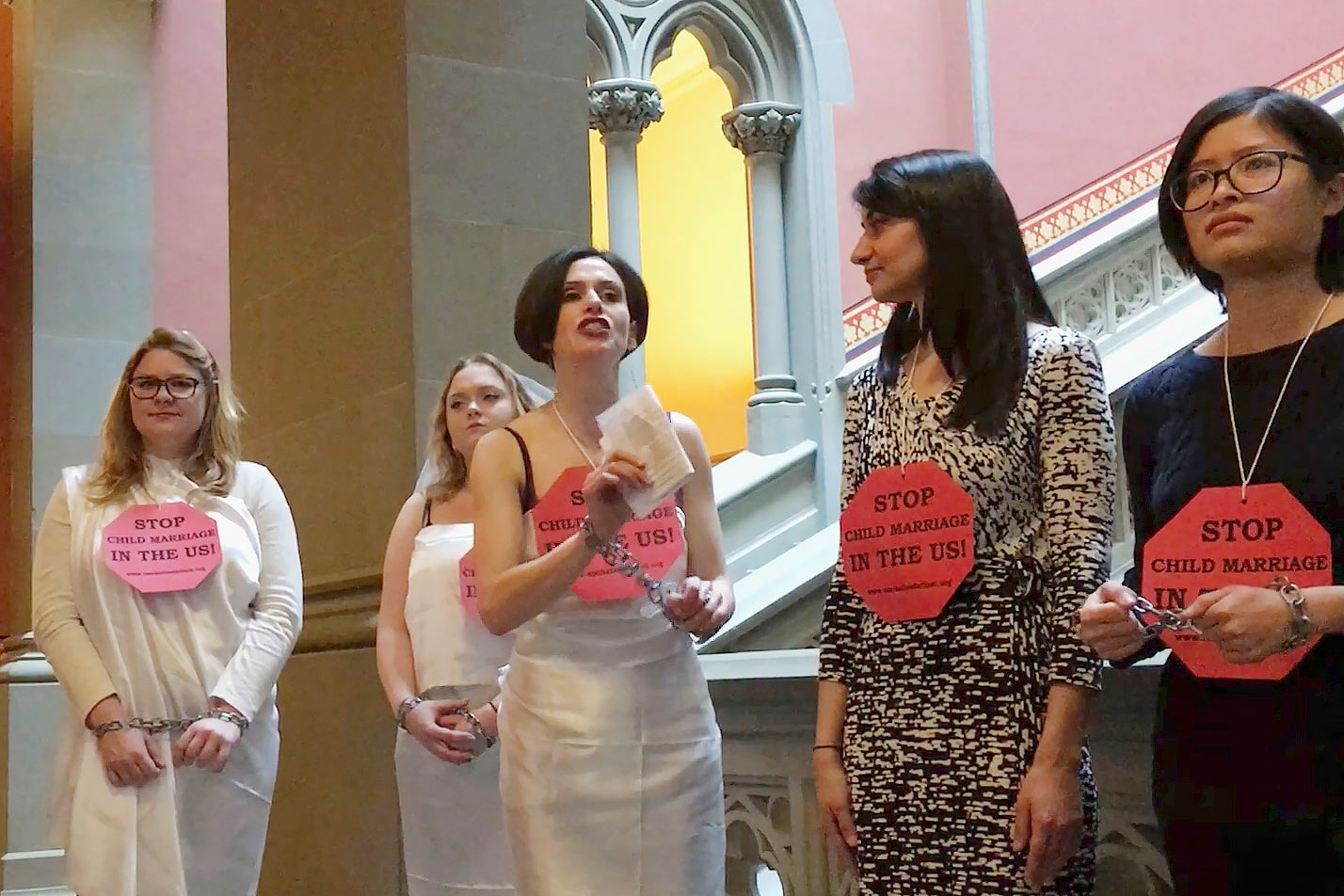 On June 2, the New York State Assembly unanimously approved a law that ends all marriage before the age of 18 in New York State. The bill had already been approved by the Senate state in May. New York Governor Andrew Cuomo must now sign the bill and end child marriage in New York once and for all.

This bill has been approved with an alarming delay. In 2017, New York lawmakers adopted a similar bill that involved only partial reform. Before the 2017 bill, 14-year-olds could marry in New York, so any reform was welcome, but the law still allowed them to marry at the age of 17.

Human Rights Watch opposes all marriages of persons under the age of 18, without exception, due to the devastating consequences for minors who marry, the vast majority of whom are girls. Married minors tend to drop out of school and are more likely to live in poverty. Married girls are more likely to experience domestic violence than women who marry as adults. Married girls face serious health risks, including death, from early and closely spaced pregnancies.

Between 2000 and 2018, almost 300.000 boys and girls were married in the United States. All over the world, 12 million girls under 18 years of age marry each year. That equates to roughly one every two and a half seconds. If you take two minutes to read this text, 46 girls will have married in that time.

The Covid-19 pandemic has forced more girls to drop out of school and plunged millions of families into poverty, two of the main risk factors for child marriage. The United Nations estimated in 2020 that there would be 13 million more child marriages in the next ten years as a result of the pandemic.

Child marriage is still legal in 46 states in the United States, but progress is being made. In 2018, it was legal in all states. Activists across the country and around the world are pushing for reform, and the United Nations has set a goal of ending all child marriages by 2030.

Governor Cuomo has an opportunity to make New York the fifth US state to end child marriage. Should I do it.