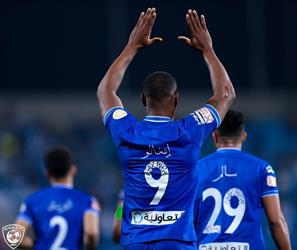 Sources revealed that the management of Al Hilal Club, headed by Fahd bin Nafel, made a promise to the Nigerian striker, Odion Ighalo, after his recent judicial crisis.

The sources said, according to Al-Riyadia, that the Hilal administration informed the Nigerian striker, Odion Ighalo, to stand with him, and to legally assist him in his case with his Italian ex-wife, who prevented him from leaving with the mission to the English city of Birmingham.

Al Hilal had announced that Ighalo would not be able to travel with the team’s delegation traveling to the city of Birmingham for an external camp in preparation for the next season.

I am not afraid of death because it is the bridge that leads us to paradise! • Al Marsad newspaper