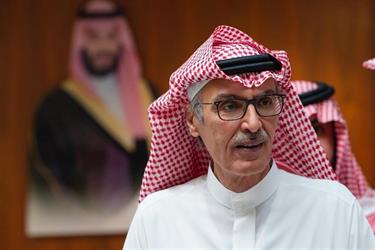 Prince Badr bin Abdul Mohsen said that God has prepared for the kingdom the presence of Prince Muhammad bin Salman at a time when the kingdom needs a change.

He added through a video clip: “I feel that the presence of Prince Mohammed bin Salman at this time is divine wisdom,” noting that the crown prince came at a time when we are counting the years in which the oil wealth will suffice us.

The clip received a wide interaction from the tweeters, as Prince Badr’s statements coincided with the announcement of the Ipsos index that the Saudis are the highest people in the world with confidence in the economic trends of their country, with a confidence rate of 93%.

And the American newspaper “POLITICO” had confirmed during Biden’s visit to the Kingdom that the crown prince is extremely popular with all Saudis.

#Badr_Ben_AbdulMohsen: I feel like having #Prince_Mohammed_Bin_Salman At this time divine wisdom

His Highness, the Crown Prince, an inspiring leader in a time that needs his vision and determination pic.twitter.com/CxZPyt8VTo