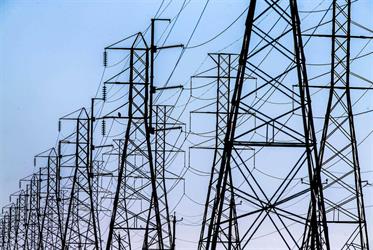 The Water and Electricity Regulatory Authority has recently defined the penalties that will be imposed on violators of the electricity system, including those who tamper with electrical service meters or connect to the electrical system in an irregular manner.

The authority clarified these penalties as part of the procedures for controlling violations of the electricity system, which it put forward to solicit the opinions of the public and those interested in it.

In the event of the objection of the violator, the sums shall be suspended until a decision is made by the committee concerned with considering and adjudicating violations. The tamper with the electrical service meter or whoever uses the electrical system illegally shall be fined the following fines:

Penalties for those who are licensed to engage in electrical activity
The fines approved in this regard ranged between one million and two million riyals. The Committee for Review and Adjudication of Violations assesses the fine and the nature and severity of the violation, according to several criteria. The following are the value of the fines and the criteria upon which the value of the fine is calculated:

Double the penalties and the right to object
The procedures set by the authority in this regard granted the committee to look into and decide on violations, the possibility of imposing a fine not exceeding 10% of the value of the original violation for each day that the violator continues to violate after being notified of the committee’s decision.

The fine imposed on the violator is doubled if the same violation is repeated, and the violation is considered a repeat if it occurs within three years from the date of the previous violation.

The same procedures also gave the violator the right to object to the committee’s decision before the Administrative Court, within 60 days from the date of his being notified of the penalties imposed on him, and the objection does not entail stopping the implementation of the decision.

“Ukraine war isn’t a battleground… Like Lee Geun? There are a lot of problems with the volunteers”

Walking is an activity with many cardiovascular benefits