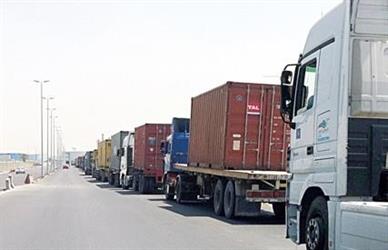 Today (Wednesday), security researcher Dr. Barakat Al-Doshan commented on the Cabinet’s decision to approve the recommendations of the Anti-cover-up Committee regarding transport trucks.

Al-Doshan stated, in an intervention with the “Eye of the Fifth” program on Al-Ekhbariya channel, that the committee’s recommendations aim to regulate the transport and logistics sector, eliminate the phenomenon of cover-up in the Kingdom, and contribute to the localization of the profession.

He also indicated that the vision of the Public Transport Authority aims to correct the situation of violators, reach the transport of 4.5 million tons of air freight, operate 40 million containers, and reduce road accidents by 50%.

The researcher pointed out that one of the goals of the vision is for the Kingdom to become one of the top 10 countries in the logistic performance index, in addition to achieving the fifth rank globally in transit traffic, and sixth globally in road quality.

He concluded that the “Transport” initiative calls on anyone who owns or operates a truck whose tonnage exceeds 3.5 tons to establish his own transport office, given the chaos that pervades the land transport sector and the lack of companies operating with a professional transport system.

Video | Security researcher: The recommendations aim to regulate the transport and logistics sector in #The kingdom Elimination of the phenomenon of cover-up #news#Ain_the fifth pic.twitter.com/r1CQikYZ7W