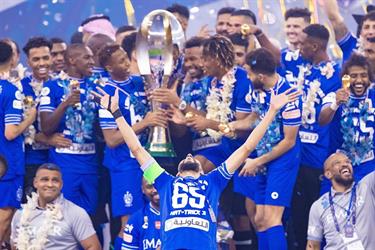 FIFA is looking for a host for the FIFA Club World Cup, which is expected to be held in January or February 2023.

The Asian Football Confederation is studying, according to Al-Riyadia, the participation of the champion of the last version, Al-Hilal, due to the difficulty of knowing the new champion before the date of the new world championship, which precedes the final of the current Asian championship.

Al Hilal won the 2021 AFC Champions League title, after defeating the South Korean Pohang Steelers 2-0, in the final match that was held in November last year.

Al Hilal participated in the FIFA Club World Cup 2022, and finished fourth after losing to Al-Ahly of Egypt with a clean four in the match to determine the bronze medalist.