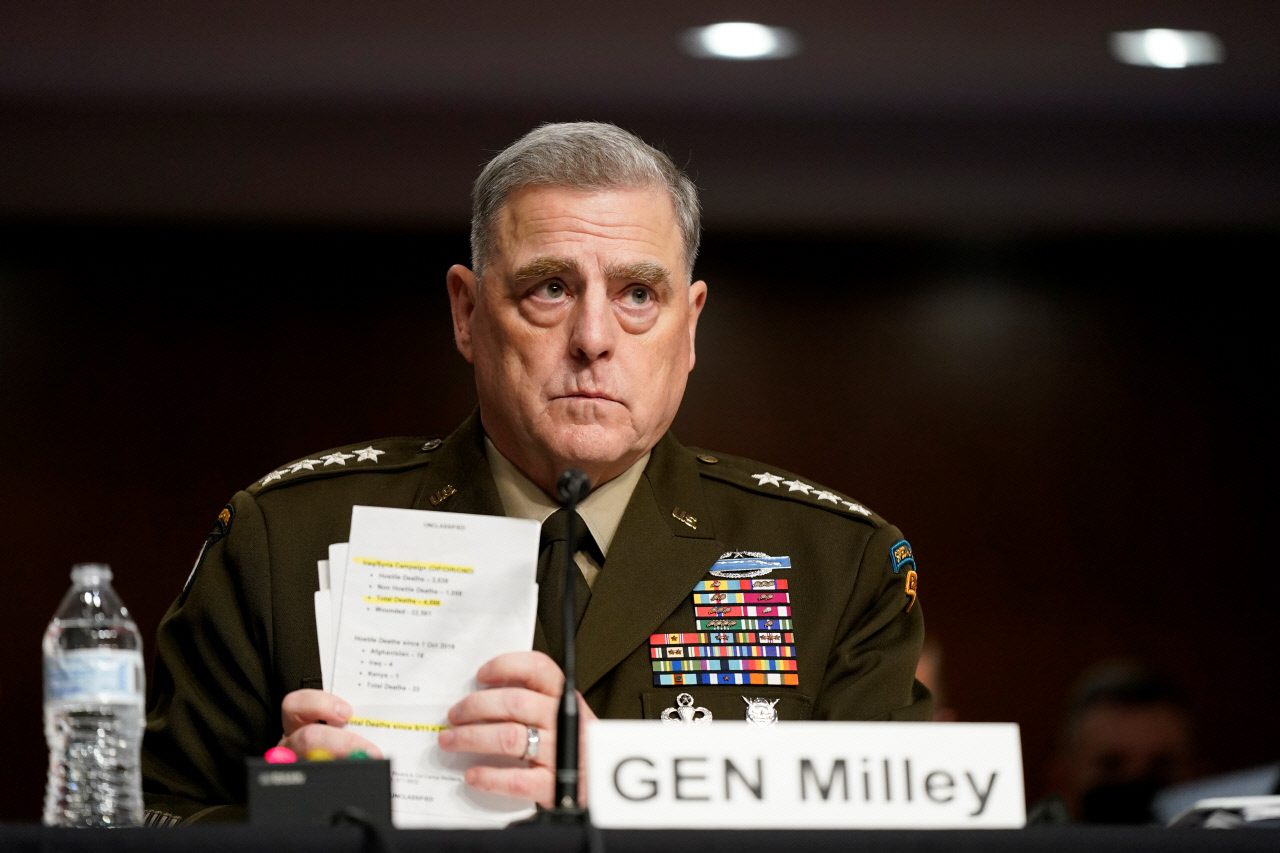 Milley, Chairman of the Joint Chiefs of Staff, Defense Secretary Lloyd Austin, and Central Commander Frank Mackenzie attended the Senate Armed Services Committee hearing on the same day. This is the first time that a US military leader has appeared in a public hearing in Congress since the complete withdrawal of US forces from Kabul on the 30th of last month.

Milley, chairman of the Joint Chiefs of Staff, said, “In terms of operation and tactics,[the evacuation]was successful, “Strategically, this war has been lost.” There is no other way to describe it other than the cumulative result of 20 years.” When asked about the possibility of al-Qaeda or the Islamic State (IS) reuniting in Afghanistan to threaten the United States, Milley said, “There is a very real possibility.”

Austin said the problem was that the US had too much confidence that Afghanistan could build a viable government. “We helped build a state, but we couldn’t build a nation,” he said.

One of the main issues at the hearing was whether President Joe Biden ignored a suggestion from military leaders that Afghanistan needed to remain. Milley, the chairman of the Joint Chiefs of Staff, said, based on his personal opinion, that at least 2,500 troops would be needed to prevent the collapse of the Afghan government and prevent the Taliban from retaking power. Commander McKinsey also said last fall that he recommended that at least 4,500 troops remain, and that 2,500 men should be retained thereafter.

Republican senators have accused Biden of ignoring a suggestion from military leaders and lying. President Biden told ABC News on the 18th of last month, right after Kabul fell to the Taliban, that “the military commander opposed the complete withdrawal and wanted to keep 2,500 troops.” “No. As far as I can remember, no one ever told me that.”

“Their advice has been received by the president and has been thoroughly reviewed,” Austin said, citing allegations that President Biden was lying. White House press secretary Jen Saki said at a briefing: “The president gets a lot of advice. The decision is made by the president. The president is the supreme commander.”