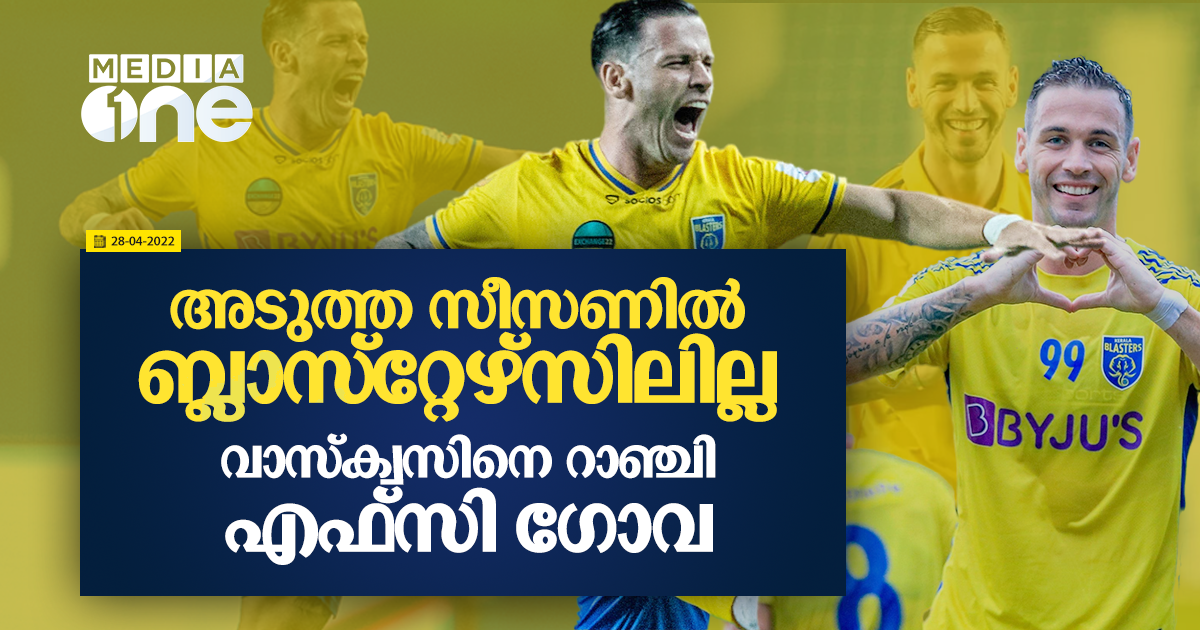 Kochi: Ranchi FC Goa has named Kerala Blasters’ Spanish superstar Alvaro Vazquez. Although no official announcement has been made, the media, including the Times of India, has reported that Vasquez will travel to Goa. The contract is for two years. The player’s contract with the Blazers expired on May 31, 2022.

Vazquez is the only player to have scored eight goals and two assists in the yellow jersey of the Indian Super League last season. The player had offers from China and the US Major Soccer League but decided to stay in the ISL. This is FC Goa’s first foreign signing for next season.

Sources close to the club told the Times of India that “next season will be the best season for Vazquez in Goa’s style of play.” He also revealed that the club had been watching Vazquez for some time.

In addition to FC Goa, ATK Mohun Bagan and Chennai FC clubs were also interested in Vazquez. The Blasters also tried to keep the player on the team. According to the Transfermarket website, the player is valued at Rs 33.33 million.

Goa finished ninth in the league last season. For the first time since 2016, he was eliminated without reaching the semi-finals.

Vazquez has played in first division leagues in Spain and England. He has played 150 games in La Liga and 12 games for Swansea City in the Premier League. Born in Barcelona, ​​Vasquez entered international football through Espanyol’s youth team.

What sets Vasquez apart is his excellent ball handling and technique. The player can attack at lightning speed and aim at the post. Vazquez’s goal from 70 yards out against North East United last season was one of the best goals in the ISL.

Summary: Kerala Blasters spanish striker Alvaro Vazquez has agreed terms with FC Goa and will join the club on a two-year deal after his contract ends with Kerala Blasters on May 31, 2022.

Ukrainian refugees in Europe: a looming crisis in the availability of mental health services