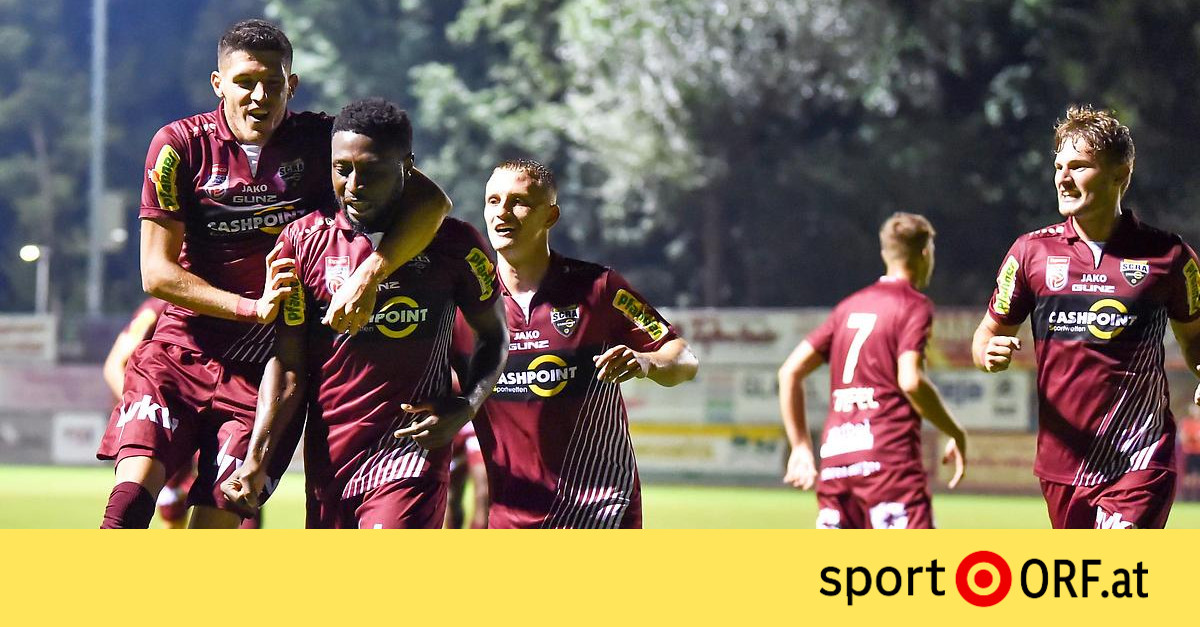 Bundesliga club SCR Cashpoint Altach struggled to reach the second round of the Uniqa-ÖFB-Cup on Wednesday evening and, thanks to a strong finish, only narrowly escaped an embarrassment. The Vorarlberg team prevailed 3: 1 against Union Gurten, who were outnumbered from the 48th minute and 1-0 up to the 89th minute.

“Joker” Philipp Netzer only made it 1-1 in the 89th minute. Newcomers Chinedu Obasi (90th) and Manfred Fischer (93rd) then fixed the promotion. Altach even played in the majority after a red card for the Upper Austrians from the 48th minute. Because Gurten goalkeeper Felix Wimmer brought Daniel Nussbaumer down just outside the penalty area and was immediately sent off by the referee for stealing a goal.

After very little happened on the lawn for a long time, Altach had a fire on the roof from the 58th minute at the latest: Rene Kienberger brought the outsider in the front, he defeated Tino Casali, who was guarding the goal instead of one-shot Martin Kobras.

Change in the finish

The match, which took place almost three weeks late due to positive Covid-19 tests on the part of Gurten, went from then on as if on an incline. But Altach ran in vain until the finish and failed again and again in front of Wimmer substitute Jan Kolb. Only after the 1-1 draw by Netzer, Gurten showed nerves – and was knocked out by the big favorite shortly afterwards. The former Schalke striker Obasi gave himself a successful Altach debut with the winning goal and the preparatory work to make Fischer 3-1.

The second round will be drawn on September 20th.