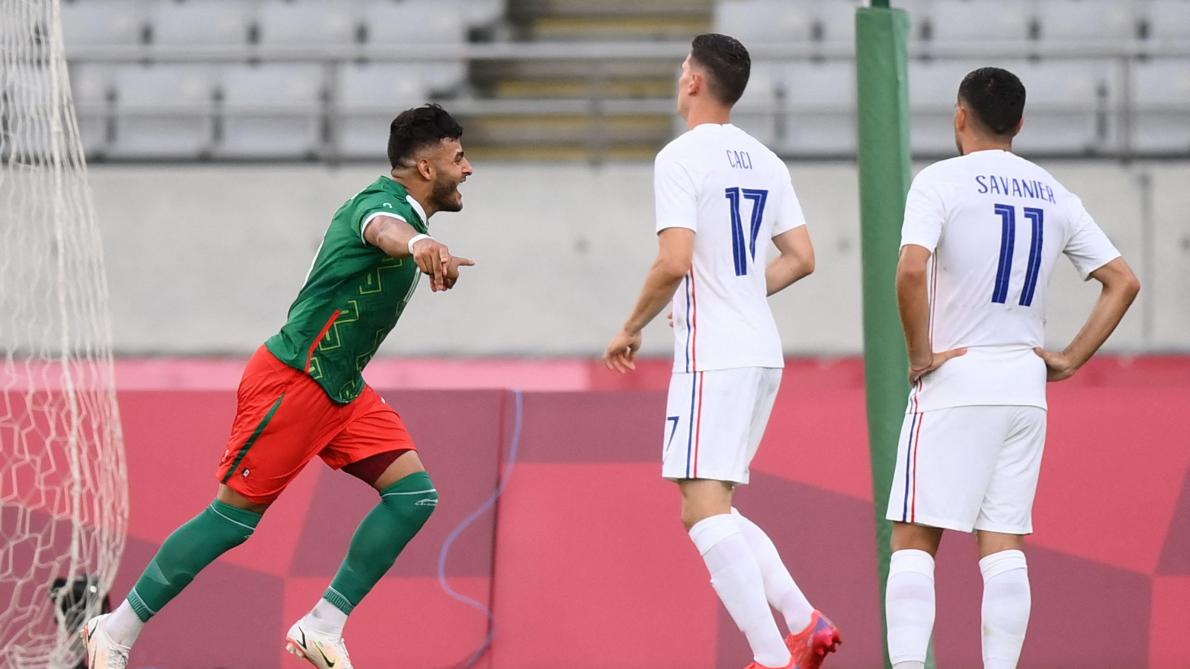 The Mexicans brought down the Blues from the outset on Thursday.

TApproximate rop, without benchmarks or common experience, the French Olympic football team was very clearly and very logically beaten 4-1 by Mexico Thursday in Tokyo for its first match at the Olympics, which promises to be complicated for André-Pierre Gignac and his family.

We did not really know what to expect from this French selection built in disaster, arrived in Japan after three short weeks of work, no more, a single friendly match and seven hours of jet lag, and even 14 for the two Mexicans Gignac and Florian Thauvin.

The field provided unequivocal answers and, logically, the Blues suffered enormously against a team from Mexico infinitely better established and whose most of the players have played together in all the youth teams.

In the highlights of Mexico, France has sometimes looked like a club team in full pre-season preparation after a hyper-active transfer window.

And despite the efforts of Gignac and the responsibilities taken by Téji Savanier, everything was too complicated for the Blues, the recovery, the defensive transitions and the offensive combinations, especially on the side of Thauvin, in a very bad day.

After having resisted until the break, France finally totally cracked at the start of the second period. Diego Lainez, the very talented star of Mexico, first stunned Anthony Caci with his feints and hooks before placing the ball on the head of Alexis Vega (1-0, 47th).

Less than ten minutes later, a misalignment by Modibo Sagnan, suffering throughout the game, allowed Sebastian Cordova to sanction again the roughly the Blues (2-0, 55th).

We did not give very dear for the skin of the French, who could not find each other and did not even know very well where to look. But they did not give up and were rewarded with a penalty obtained by Randall Kolo Muani, author like the young Alexis Beka Beka of a good entry.

Gignac, who explained Tuesday to have always scored against Guillermo Ochoa, maintained the tradition and brought the Blues to 2-1 by beating the former goalkeeper of Ajaccio (69th).

But the Mexican superiority was obvious and it was confirmed by a third goal signed by Uriel Antuna (3-1, 80th), who also martyred Caci before beating Paul Bernardoni. Then, in added time, Eduardo Aguirre further increased the score (4-1, 90 + 1)

With its Olympic culture, which won it gold at the 2012 Olympics, Mexico was undoubtedly the most formidable opponent for the Blues. But Sylvain Ripoll’s team still seemed far from the score and its next rivals, South Africa on Sunday in Saitama and especially Japan, on Wednesday in Yokohama, are very serious obstacles on the way to the quarter-finals.