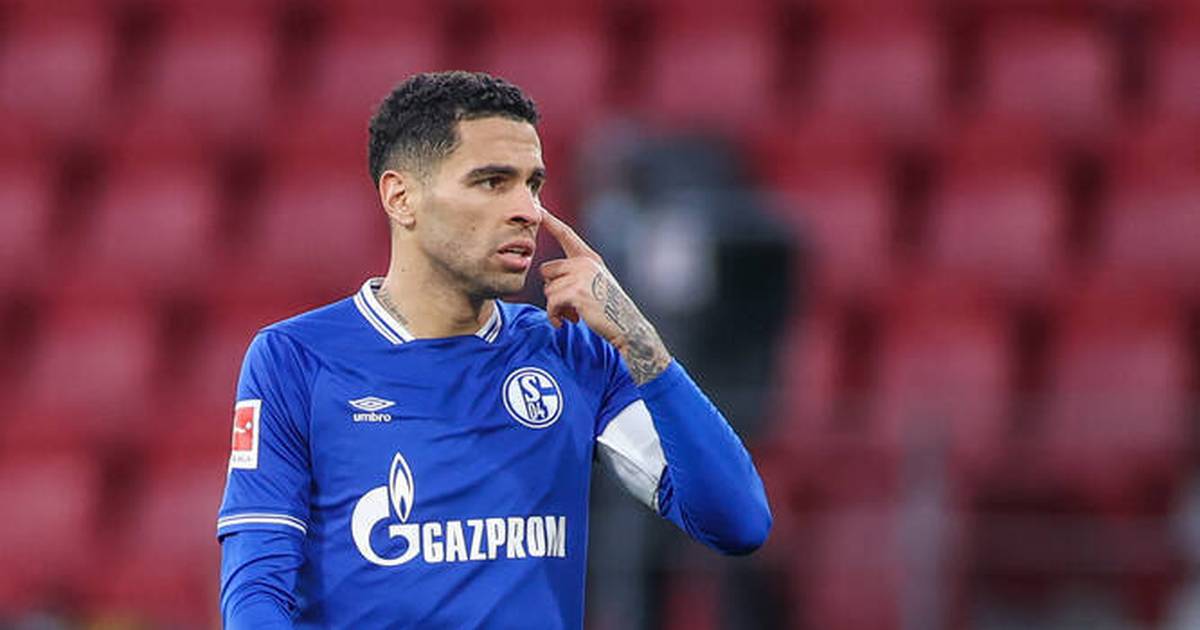 Schalke 04 have been without a win for 23 games.

In the exclusive SPORT1-Interview explains to Omar Mascarell what this negative series does to a player. In addition, the royal blue captain speaks about new coach Manuel Baum, the ridicule of his own fans and the team’s renewed wage waiver.

SPORT1: Mr Mascarell, how is the mood in the team after 23 games without a win?

Omar Mascarell: I believe that we are currently seeing an upward trend. We have achieved better results recently and have not lost again. We get good ideas and approaches from the trainer. I am therefore optimistic that we will soon win another game in the Bundesliga.

The CHECK24 one-two with Ralf Rangnick and Bibiana Steinhaus on Sunday from 11 a.m. on TV on SPORT1

SPORT1: You speak to Manuel Baum. Two months ago he replaced David Wagner. What distinguishes a tree?

Mascarell: He is a dedicated trainer with good ideas and plans. He prepares us meticulously for every game. The team is very happy with their work. We believe in him and the coaching team. The trust is also reflected in our recent performances on the pitch. We work very hard to knock the buck over.

Schalke captain Mascarell on “blockage in the head”

SPORT1: Shortly after taking up his post, Baum said that the team had completely lost the self-confidence and courage to score goals. Is that how you saw it?

Mascarell: He is absolutely right about that statement. There aren’t many players who have had such a difficult time with a club. 23 games without a win – that’s tough. There is a lot of pressure. Believe me, nobody likes to lose. It is difficult to gain the confidence you need without winning. In the meantime we had a real blockage in our head. Step by step, however, we are currently regaining our lost self-confidence. All we need now is a win. This would be like a release. It would be the sign that we are back!

SPORT1: 23 games without a win. What does this number trigger in a player?

Mascarell: It’s difficult for the head – you can’t deny it. Of course, it automatically puts you under pressure. But we have the chance to end this series in every game. We are currently only thinking about the next weekend. We play at home and we will go all out to win. We now go into every game like it was a final! I firmly believe that the first win against Wolfsburg will come.

David Wagner? “Everyone on the team liked and respected him”

SPORT1: What is the difference between Manuel Baum and David Wagner?

Mascarell: David Wagner is no longer our trainer. But he deserves all respect. He has shown that he is a good coach. We played really well under him for the first six months. Everyone on the team liked and respected him. But that’s unfortunately how it is in football: the results are decisive. That also applies to us players. Now we have a new coach in Manuel Baum, in whom we also believe. We fully support him and want to be successful with him.

SPORT1: In the 2-2 draw in Mainz, the team scored two goals for the first time since January 17 (2-0 against Gladbach). Do you see an upward trend?

Mascarell: I saw some things in Mainz that were positive. We showed our best performance of the season there so far. We had a lot of possession and created a lot of chances. We were ahead in all statistics. We deserved a win. It was particularly important that we came back after setbacks. The game showed once again that the team is alive.

“It is completely normal for the fans to be angry”

SPORT1: About a month ago there was an announcement from the Ultras. How did you experience that?

Mascarell: It’s completely normal for fans to be mad. We totally understand. Believe me, none of us like to be in this situation. It was good that the fans sought conversation. Anyone who thinks that after a defeat we just go home, lead our lives and don’t care about anything, has cut a lot. We are really pissed off after defeat. But it is also clear that things can only get better together – with the fans, the city and the club.

SPORT1: There is scorn and ridicule for S04 in social networks – now also from its own fans. Hand on heart: How much does that annoy you?

Mascarell: I try not to let these things get too close to me. But nowadays that is unfortunately impossible. You are confronted with it everywhere – whether on Twitter, Instagram, Facebook or in the classic media. I have great confidence in our team and I know that we will end this series. At some point people will write positive things about Schalke 04 again. Everything can change quickly in football. I know we will be back!

Mascarell: That’s how it really went with the waiver

SPORT1: The team has agreed to another partial waiver of the salary. It was said that not all players were behind this action.

Mascarell: I was very pissed off at how some of this was being covered. I respect the journalists and know that they have to report on it. But if they do, it should be right. It was definitely not as portrayed in a medium. We as a team wanted to help the club from the very first moment.

SPORT1: As the captain, you were the spokesman on this subject. Tell us: how did it really go?

Mascarell: A contract is always about details that have to be clarified in advance and calmly. This will need time. It was not difficult to talk to the team about the fundamental decision to waive their wages. We offered our help in the spring. At that time the first impulse came from the team. This time the club came up to us. We consulted and said: “Okay, there are difficult times out there, we have to help!” I think everyone understood what it was about pretty quickly. It is important that this issue is now resolved so that we can focus on the essentials, football.

SPORT1: Isn’t it natural that you as millionaires help the club?

Mascarell: That is it! I say this from the bottom of my heart: I don’t understand when a player refuses to forego 10, 15 or 20 percent of his salary. Wherever I come from, people work ten to twelve hours a day to earn 600 euros at the end of the month. We footballers have a privileged life, earn a lot of money and pursue our passion. I will therefore always work to help.

SPORT1: Before the season started, there were rumors about you. Did you consider leaving Schalke?

Mascarell: I was always 100 percent sure that I would stay here. Even if the situation is difficult, I feel very comfortable here at Schalke. I want to make a difference with the club and be a big part of it. So it was clear that I wouldn’t just run away.