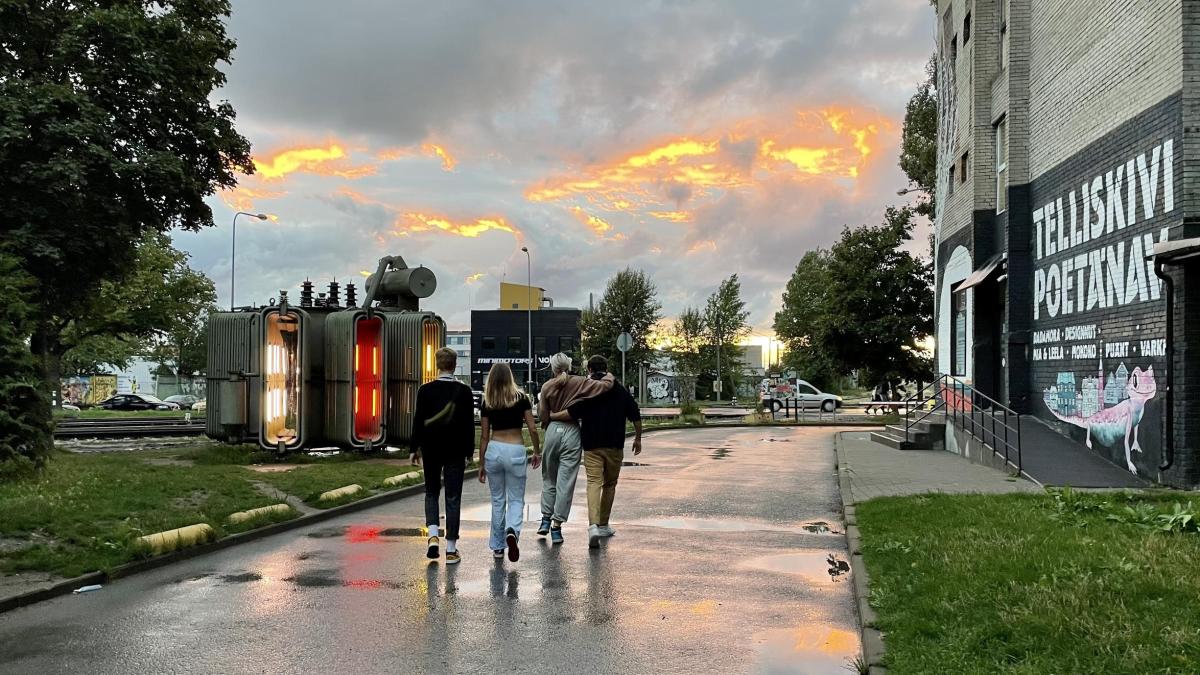 NAfter a Corona vaccination stop in Germany, I continued my trip around the world fully vaccinated. As always in Corona times, choosing a country is not easy. Unfortunately, Asia is still tight for travelers and Latin America is severely restricted in many places. So I decided to move towards Eastern Europe. First to Estonia.

Officially, you have to be vaccinated, recovered or freshly tested in order to enter Estonia without restrictions. In addition, online registration with the Estonian Health Department is mandatory. My airline warned me several times that it was my responsibility to obtain detailed information and to meet the travel requirements.

So I am all the more astonished that neither at the airport in Berlin nor on arrival in Tallinn does anyone want to see proof of vaccination or negative test. Online registration is also not checked. Crazy.

In Tallinn, the handling of Corona is astonishing

The relaxed atmosphere continues in the Estonian capital. Nobody wears a mask on the tram, nor are they put on in shops. It’s funny how I reflexively pull out my mouthguard in closed rooms with people. But nice to see that there is also a life without a mask.

Incidentally, you travel through Tallinn not only without a mask, but also without a ticket, as all public transport is free – at least for the residents. As a tourist you can still travel cheaply by bus or tram at 1.50 euros per trip. Although, I don’t see any inspectors, their use would probably be a negative business.

I remember how a good ten years ago Tallinn was considered an insider tip for a short trip: Not even a two-hour flight from Germany, the very pretty old town attracted with low prices. Well, Tallinn has not been an insider tip for a long time and it is not exactly cheap either.

Because you pay in euros here (usually with a card), the comparison to Germany is easy: the prices are almost at eye level. That is hardly surprising, because when I wander through the city, I often feel reminded of Finland, which is not only linguistically close to Estonia.

Estonia is a country with two souls

In the popular Kalamaja district, for example, you will find traditional wooden houses and their modern interpretations, along with luxurious, minimalist buildings that reach their peak at Port Noblessner. From here you stroll east along the Baltic coastline, where a ferry occasionally appears on the horizon.

At some point you arrive at a neglected-looking concrete block. It is the Linnahall, a sports arena built by the Soviets for the 1980 Summer Olympics, which at that time was still called the Vladimir I. Lenin Palace for Culture and Sport, as it should be. It stands in stark contrast to the not far away Kadriorg Park and its baroque palace including romantic flower garden, which the Russian Tsar Peter I had built in 1718.

The more I wander around Tallinn, the more the division in Estonian society becomes apparent. The 30th anniversary of the country’s independence from the Soviet Union was just celebrated on August 20th. The national flags of the Estonians in blue, black and white flutter confidently on every corner.

But as much as the country strives west, Russian is strongly represented here, because about 25 percent of the total population are Russians. The reason for this lies in the Russification policy of the Soviets, as a result of which thousands of Russians were settled in Estonia. Even today, lessons are primarily taught in Russian in many schools, so that a large part of the Russian population hardly speaks Estonian.

And so one encounters a parallel society in the east of Tallinn between the formerly socialist prefabricated buildings. Here you don’t greet each other in Estonian Tere, but in Russian with Priwjet. Some places are even completely dominated by the Russian population, such as Narva, the third largest city in the country. Estonia is a country with two souls.

Craft beer and vegan burgers in the nightlife district

You don’t notice much of it behind the main train station in Tallinn. A hip nightlife district has established itself in old industrial halls and shipping containers, where you can drink craft beer and eat vegan burgers or dance to techno music.

The rustic flair costs a little extra. By the way, as a traveler you don’t have to hope for “authentic” Estonian food, because there is hardly any such thing, a tourist guide who was born here explained to me.

If you have more time than a weekend, you should take a trip to the nearby Lahemaa National Park. The nature reserve is best known for the Viru-Hochmoor-Path, which leads over 3.5 kilometers through a swampy landscape.

And if you want to experience Estonia less touristy, I recommend Tartu. The charming university town also offers a number of sights, but behaves in a similar way to Tallinn as Leipzig is to Berlin: everything is a few sizes smaller.