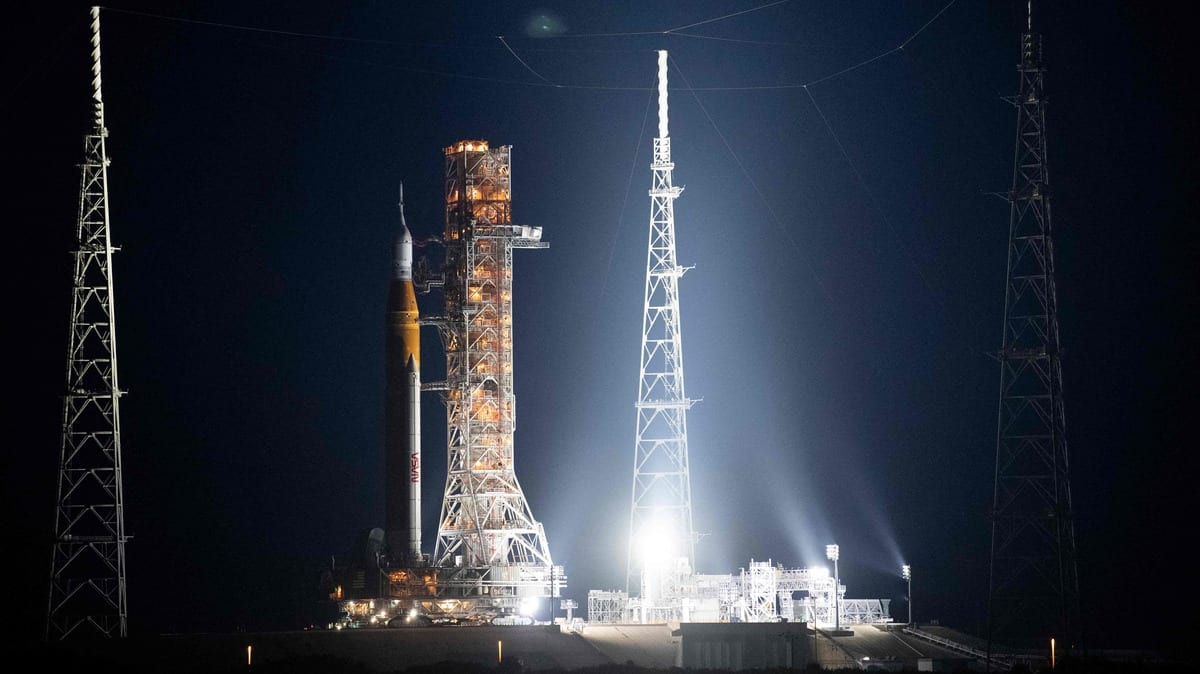 The big day is approaching for NASA: the new giant American rocket SLS arrived on Wednesday morning on its launch pad, at Cape Canaveral in Florida, before its takeoff to the Moon scheduled in twelve days.

• Read also: NASA prepares to return to the Moon

• Read also: The discovery of a 13.5 billion year old galaxy

This mission will mark the very first flight of the great American program to return to the Moon, called Artemis.

Artemis 1 will be done without astronauts on board, because its goal is to test the rocket and the capsule at its top to ensure that they can transport a crew safely to the Moon, from 2024.

The rocket, called SLS (for Space Launch System), has been in development for more than a decade and will become the most powerful in the world when it takes off. It is 98 meters high.

It was installed on the legendary 39B Firing Complex after a 10-hour overnight drive from the assembly building.

“To all of us looking up at the moon, dreaming of the day humanity returns to the lunar surface, folks, here we are, here we go again,” Bill Nelson, CEO of NASA at a press conference.

The Orion capsule will be propelled to the Moon, and even 64,000 km beyond, venturing further than any other habitable spacecraft before it.

On its return to the Earth’s atmosphere, the heat shield will have to withstand a speed of nearly 40,000 km/h and a temperature half as hot as the surface of the Sun.

Takeoff is scheduled for August 29 at 8:33 a.m. local time. If the weather is not cooperative, fallback dates are September 2 or 5.

The mission should last 42 days in total, until a return to the Pacific Ocean, where the ship will be recovered by a US Navy boat.

In 2024, the Artemis 2 mission will carry astronauts to orbit around the Moon, without landing there. This honor will be reserved for the crew of Artemis 3, a mission scheduled for 2025 at the earliest.

While the Apollo program only allowed white men to walk on the Moon, the Artemis program plans to send the first woman and the first person of color there.

The goal is to make the Moon a rear base where the technologies needed to send humans to Mars will be developed.

The Cac 40 misses the pass of six, weighed down by Wall Street and the new setbacks of Sanofi, Market news

Wolfgang Petersen, director of Troy and The Neverending Story, dies at 81