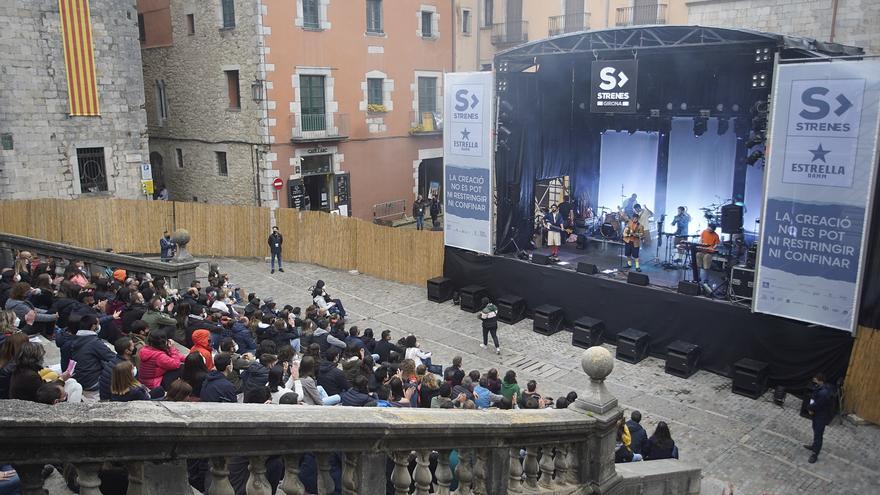 Oques Grasses, Joan Dausà and La Fúmiga are the most nominated artists in the first round of popular voting for the Enderrock Awards, which will be delivered on March 3 at the Girona Auditorium in a gala presented by Xuriguera and Faixedas.

45% of the artists nominated in this edition are female or mixed groups and for the first time in the history of the awards there is a candidate from the Principality of Andorra, although the vast majority (84%) are Catalan, followed 13% of artists from the Valencian Country and 2% from the Balearic Islands.

The most nominated artist in the popular vote was the group Oques Grasses, which has 6 nominations, followed by Joan Dausà and La Fúmiga (5 nominations). Next are Buhos, Lildami, Maria Arnal and Marcel Bagés, El Pony Pisador, Samantha, Sara Roy and Zoo (4 nominations each), and the triple nomination was received by Alba Reche, Alérgicas al Polen, Miki Núñez and Ven’nus.

The second round, underway

In the first round of the popular vote of the 24th edition of the awards 18,414 people took part, 4% more than last year. The second round will be open until February 7 and on the 9th the three finalists in each section will be announced, when the final phase of voting will open to choose the winner of the fifteen categories of popular voter.

In addition, during the gala in Girona, the four special awards and the twelve categories voted by the critics will also be presented. The winners chosen by the jury include artists such as Zoo, Oques Grasses, Maria Arnal and Marcel Bagés and the Espolla band La Ludwig Band.

In addition to the awards ceremony, at the gala of the 24th edition of the awards will be presented live the new proposals of Auxili, Blaumut, Els Catarres, Ginestà, Lal’Ba, Marina Rossell, Maruja Limón, Navet, Suu, Vienna and Xarim Aresté.