Orange excludes all major merger and acquisition transactions until 2025 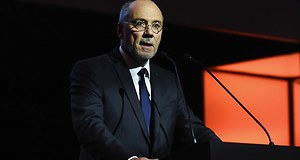 The announcement will not please business bankers: Orange decided to go it alone for at least the next five years. On the occasion of the presentation, this Wednesday,
the new strategic plan,

the operator controlled by Stéphane Richard has dismissed any major merger and acquisition until 2025. "This plan does not include any external growth assumptions", acknowledged the boss of Orange before the financial analysts gathered in Paris.

Because of its size, its presence in 26 countries and its financial capacity, Orange has for a long time been a natural candidate to consolidate a still highly fractured European telecommunications market. The Old Continent has a hundred operators, against
three in China

and soon three in the United States, the US authorities having
recently validated the mega-merger project between T-Mobile US and Sprint.

"Orange has a debt of 25 billion euros, twice our Ebitda, against three times at Vodafone and Deutsche Telekom. This means that we can mobilize an additional 10 to 15 billion euros for investments, explained Stéphane Richard to the press. But to program M & A, I do not know how to do it. This is only possible on small operations. "

Setbacks in Belgium and Romania

Stéphane Richard has also denied any plans to merge with Deutsche Telekom, while last week the German daily "Handelsblatt" claimed that the German operator was considering swallowing Orange, with the key "Important synergies". "There is no project in this sense, these rumors were very curious, launched Orange's boss on Wednesday. The Orange-Deutsche Telekom merger is an endless story, there is no discussion going on and this short-term project is not on the table. "

The group has certainly achieved several "deals" totaling 1 billion euros in 2019,
including the acquisition in the spring of the Dutch SecureLink for 515 million euros.

But these operations have concerned each time the market for business services (cybersecurity …).

In the buy-backs of telecom operators, on the other hand, if it has considered several hypotheses, none has come true at this stage … In Belgium, for example, the cable operator Voo fell under its nose, in favor of US investment fund Providence, which has pledged to buy back 50% of the capital (plus one share) of the company.
In Romania,

where Orange has just launched 5G, the group is also very interested in the acquisition of the fixed network of Telekom Romania, owned by Deutsche Telekom. But this issue stumbles on political and competitive obstacles.

In Ethiopia, Orange is also closely following the partial privatization of Ethio Telecom, the incumbent operator of Africa's second most populous country, while remaining cautious. "The political situation in Ethiopia is far from clear. It's not Finland! We have positioned ourselves, we have an office on the spot and have appointed a manager, but there are political hazards, regret Stéphane Richard. Let's not forget that Ethio Telecom is the incumbent operator of an old communist country, and for the moment it is mainly offering … a beautiful 2G. "

Page raises May 31 to honor the heroes of the Covid-19 The President of Castilla-La Mancha, Emiliano García-Page, has...
Read more

Like the main international companies in the sector, Portugal's flagship airline, TAP, is going through a critical moment in...
Read more

Bayern Munich player Lucas Hernández has returned to the infirmary after being injured in the adductors this Saturday and...
Read more

The Earth’s core can hide more than five oceans inside

There are many studies that prove that under our feet, deeper than the bottom of our seas and oceans,...
Read more

Page raises May 31 to honor the heroes of...
Read more

Like the main international companies in the sector, Portugal's...
Read more

Page raises May 31 to honor the heroes of...
Read more
News

A video was made of two police SUVs plowing...
Read more

Page raises May 31 to honor the heroes of the Covid-19 The President of...
Read more

Like the main international companies in the sector, Portugal's flagship airline, TAP, is going...
Read more

Bayern Munich player Lucas Hernández has returned to the infirmary after being injured in...
Read more