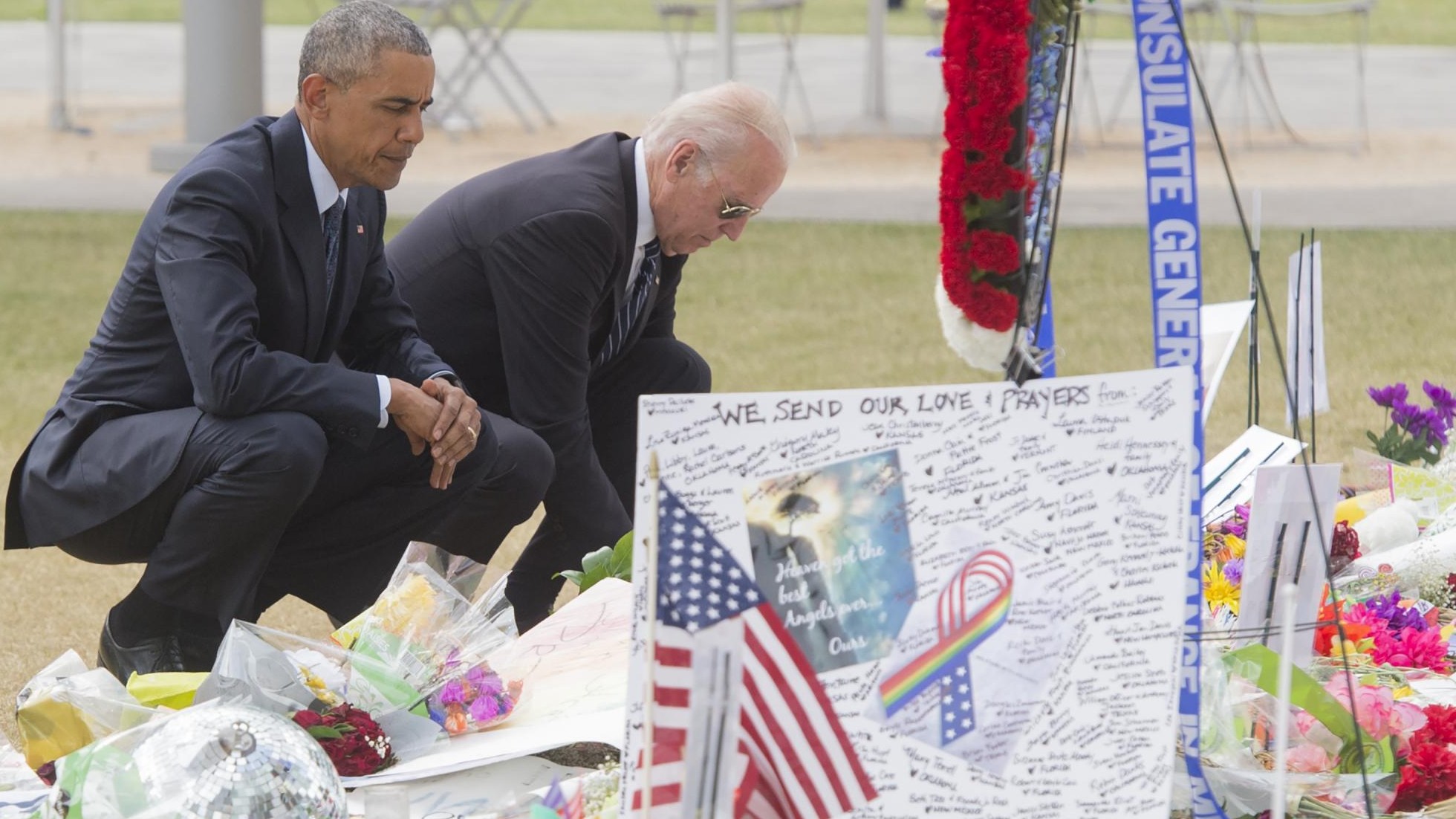 Jeannette McCoy is still in shock. She witnessed the attack on the Pulse Club in Orlando.

“We’ve lost so many people. We’ve lost a piece of ourselves. Most don’t understand that the dead are dead. But that we, who survived, will carry that around with us all the time.”

Even Yvens Carrenard can’t get the images of the night of the murder out of his head.

Almost 250 psychologists and chaplains have traveled from all over the USA to offer psychological care and comfort to the relatives and survivors over the next few weeks. The president always has to provide a part of this support. Barack Obama came to Orlando on Thursday. All too often in recent years, following similar mass murders, Obama has had to make similar gestures and make similar speeches.

“Today I once again hugged grieving relatives, as I have so many times before. And they ask me: why does this keep happening. They begged me to stop the bloodshed. They don’t care if someone is over has to jump his political shadow.”

The majority of Republicans in Congress would have to jump over their political shadow. The pressure is great. The perpetrator, it soon became clear, had been on the FBI’s terror suspect list in 2013 and 2014. Still, he was able to buy an automatic assault rifle and a pistol—completely legally.

Discussion about restrictions on gun rights

In eight of the 15 recent mass murders, such assault rifles became notorious. They were banned from 1994 to 2004. Then the ban expired, and President Bush at the time was unable to get his own party to extend it. Now, for the first time in years, a window has opened towards restricting gun rights, albeit modestly. The Senate wants to vote next Monday on whether citizens who are on a terror or no-fly list can be denied the right to buy weapons in the future.

Senate Minority Leader Harry Reid warned Republicans not only to purse their lips, but to blow the whistle.

“Republicans must now vote for these restrictions as well. But that will not happen if they continue to take their orders from the gun lobby.”

Donald Trump, who is supported by the gun lobby organization NRA, pointed his nose in the wind and, in view of the turbulent mood, announced that he would also support restricting the right to acquire weapons for terrorist suspects. Trump had lost a lot of support in the past few weeks. Among other things, because he had tried to exploit the terrorist attack on the gay and lesbian disco all too obviously politically.

IS ideology more of a facade than actual motivation

More and more it turns out that the ideology of the so-called Islamic State, which the perpetrator claimed for himself, is more a facade than actual motivation. The Afghan-born American clearly had a problem with his own sexual identity. Witnesses remember him as a frequent visitor to the Pulse club and user of a gay dating app. The clubs for gays, lesbians, bisexuals and transsexuals, abbreviated to LGBT in English, are places of leisure, but they are also always a piece of community, a piece of security. That feeling has now been shattered, says Corey Lyons, who works for an AIDS prevention NGO.

“Wherever the LGBT scene meets, there is also a piece of community life. Whether it’s cafes, restaurants, clubs or bars, it doesn’t matter. Orlando has a large population, but there are very few bars to go to we’re going. The Pulse Club was one of only three clubs where the LGBT community meets.”

News | Beijing’s planned supply of construction land in 2022 is 3,710 hectares, and residential land accounts for 1,060 hectares_CAIJING.COM.CN

Spain – The revolt of a pensioner made the banks “bend”