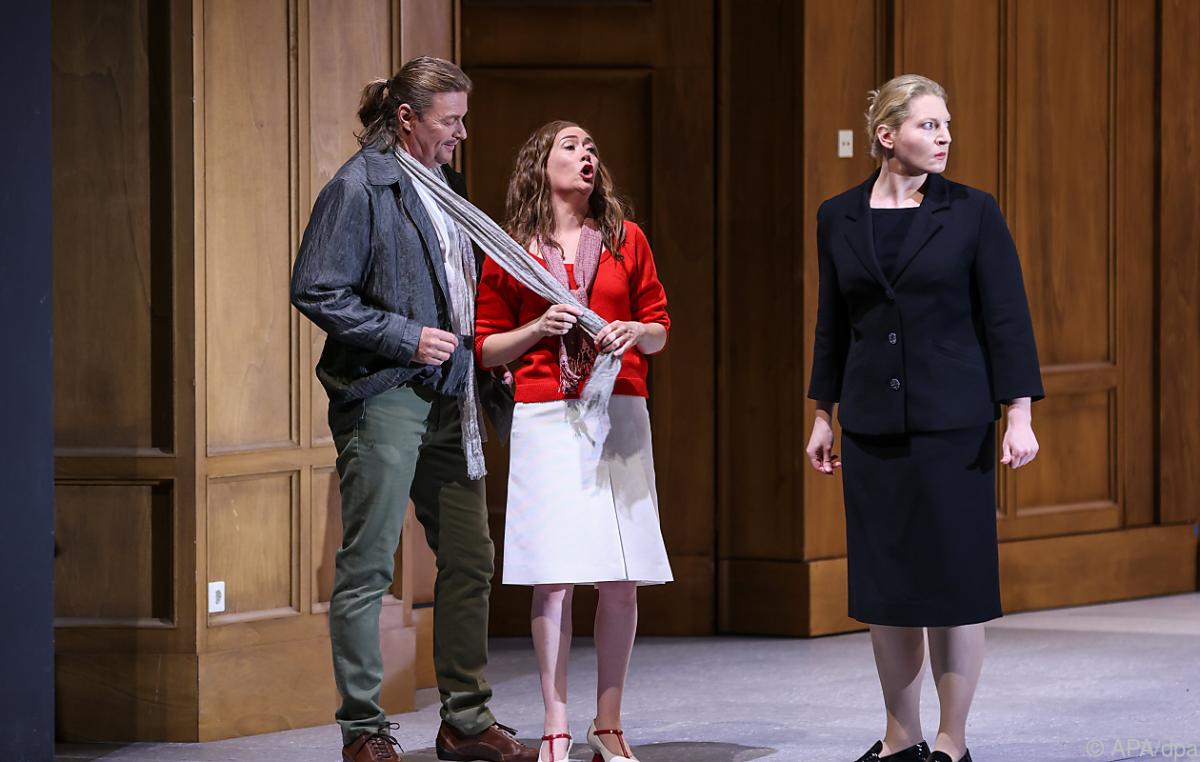 In addition to his pronounced anti-Semitism, it is obtrusive Germanism and frequent contempt for women that often make it difficult to enjoy Richard Wagner’s operas as total works of art. “Die Meistersinger von Nürnberg” is not just a four-and-a-half-hour thrilling singing competition, but also one of Wagner’s (1813-1883) most controversial works due to its claim to be the final founding manifesto of German national art.

The Deutsche Oper in Berlin has left the task of a new production to the trio Jossi Wieler, Anna Viebrock and Sergio Morabito, who have been showered with awards in the past. There were ovations for the premiere on Sunday evening – and some boos for the director. Comment from a premiere visitor: “If you get booed after a Wagner premiere, you know that you did something right.”

Wieler, Viebrock and Morabito place the action in a university-like institute. Costumes and corona protective masks in the choir – as in the stalls only worn by a few members – take over the current reference. The dispute between the master singers is reminiscent of courting at universities for professorships, the battered singing student David (Ya-Chung Huang) seems to be a forerunner of the young academics who address exploitation under the hashtag #ichbinHanna.

The singing master Hans Sachs (Johan Reuter) is also a cobbler, in the production he will equip half the stage crew with those brightly colored open plastic shoes that travel around the world as “Crocs”. His secret love Eva (Heidi Stober) has fallen in love with the handsome Walther von Stolzing (Klaus Florian Vogt). Although he is not a Meistersinger, he can assert himself in the sung competition thanks to a composition that staggers with love.

There was sustained applause for the soloists, choir and orchestra. Some inaccuracies by the conductor Markus Stenz probably aroused resentment. He had taken over the musical direction for the ailing general music director Sir Donald Runnicles at short notice.

Checo Pérez, Daniel Suárez and Roberto González, the Mexican pilots who ‘manage the history’ of Mexico