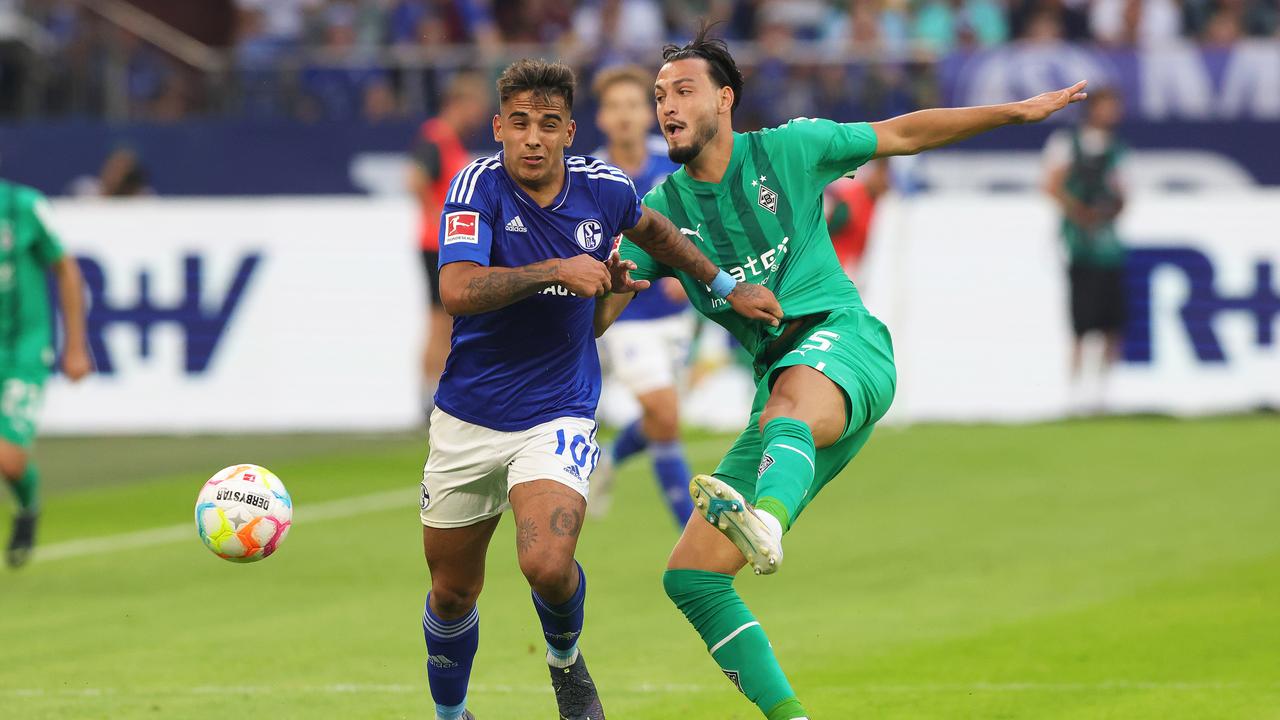 For a long time, Borussia Mönchengladach was the better team at FC Schalke 04 on the 2nd match day of the Bundesliga. A penalty in stoppage time earned Schalke a point. Marius Bülter scored to make it 2-2 (1-0).

Rodrigo Salazar had previously put Schalke ahead in the 29th minute. Jonas Hofmann (71st) and Marcus Thuram (78th) turned the game around for Borussia in the meantime. Gladbach missed the second win in the second game under new coach Daniel Farke. For Schalke it was the first point win after returning to the Bundesliga.

“We take the point. We have to work hard to earn every point, we saw that today”, said Schalke’s coach Frank Kramer after the game of the sports show. “It’s a partial success and that’s exactly how we see it. We’ve shown that we can hold our own in the Bundesliga with our weapons.”

Schalke better at the beginning

FC Schalke were the more committed team at the beginning and scored several goals in the first few minutes. In the fifth minute, Tobias Mohr tipped the ball just wide of the goal, five minutes later Zalazar fired a long-range shot just over the goal.

Borussia had more possession of the ball, but seemed too pomadig and unimaginative in the offensive game. Thuram missed the best chance for Gladbach, who pushed past the goal from a promising position after a pass from Ramy Bensebaini (22nd).

Mönchengladbach was now better in the game, but Schalke scored. Zalazar beat Kouadio Koné centrally in front of the goal and shot the ball powerfully into the bottom left corner from 22 meters (29′). Borussia goalkeeper Yann Sommer had no chance.

It took Gladbach a little to regain their composure after conceding, but they managed to create a chance five minutes before the break. After Schalke lost the ball, Borussia played through to the penalty area. The last pass from Florian Neuhaus to Alassane Plea didn’t arrive. Overall, Daniel Farke’s team lacked consistency in attack.

Even after the break, Borussia remained the dominant team. Schalke had the first good chance of the second half. Zalazar tried again from a distance, but this time shot just over the goal (50′).

The picture changed little in the course of the second half. Borussia ran non-stop, but didn’t get any clear chances against Schalke, who defended compactly. Schalke had it – again. Substitute Jordan Larsson suddenly got the ball in front of the goal, but shot it too hastily (71′).

Thuram with a hoe on Hofmann

That should pay off. Because in direct return, it was Thuram who provided the much-needed impetus in the Gladbach offensive. Hofmann put his surprising heel into position and the national player tipped the ball past Schalke goalkeeper Alexander Schwolow into the goal.

A few minutes later, Schwolow was the focus. First, the keeper saved twice against Koné and Bensebaini, but then made a momentous slapstick insert. After a corner, the goalkeeper wanted to catch the ball out of the air, but dropped it again after colliding with teammate Alex Kral. Thuram took advantage of this and pushed the ball into the empty goal to give Gladbach the lead (78′).

Referee Jablonski points to the point

Borussia now looked like the certain winner, because Schalke lacked strength in the last few minutes. But in stoppage time, Hofmann grabbed the ball after a free kick in his own penalty area. Referee Sven Jablonski looked at the scene on the video monitor and pointed to the penalty spot. Bülter kept his nerve and saved Schalke an overall happy point.

“Manifest” on Netflix: four facts you didn’t know about the series before the premiere of its fourth season | ANSWERS