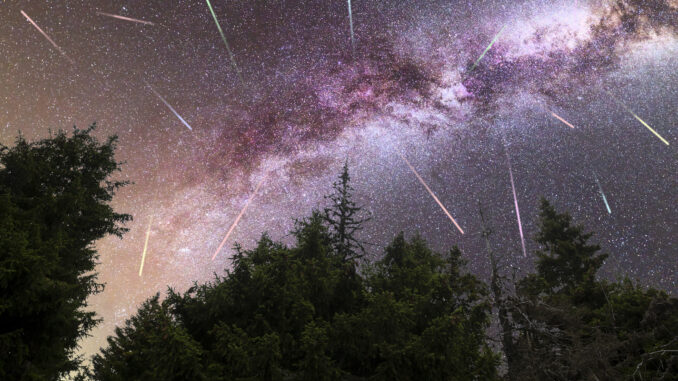 The celestial spectacle will reach its apotheosis this year on the night of Friday to Saturday during the full moon.

Every year, it’s a sight to behold on the northern hemisphere. For just over a month, between late July and late August, a meteor shower is visible in the sky.

Unfortunately, the phenomenon will reach its peak at the wrong time this year as our satellite, the moon, invites itself into the landscape. The spectacle may be less grandiose because of the light pollution of the latter.

The culmination of shooting stars is expected around 9 p.m. this Friday.

Mother Nature seems to be cooperative because the weather conditions will be ideal. According to Environment Canada, the sky should be clear in most regions of Quebec during the peak of the phenomenon.

The year 2023 should be more spectacular for the Perseids since the moon will be in the last crescent during the strong moment.

The incredible story of TSMC, this Taiwanese electronic chip giant on which China depends