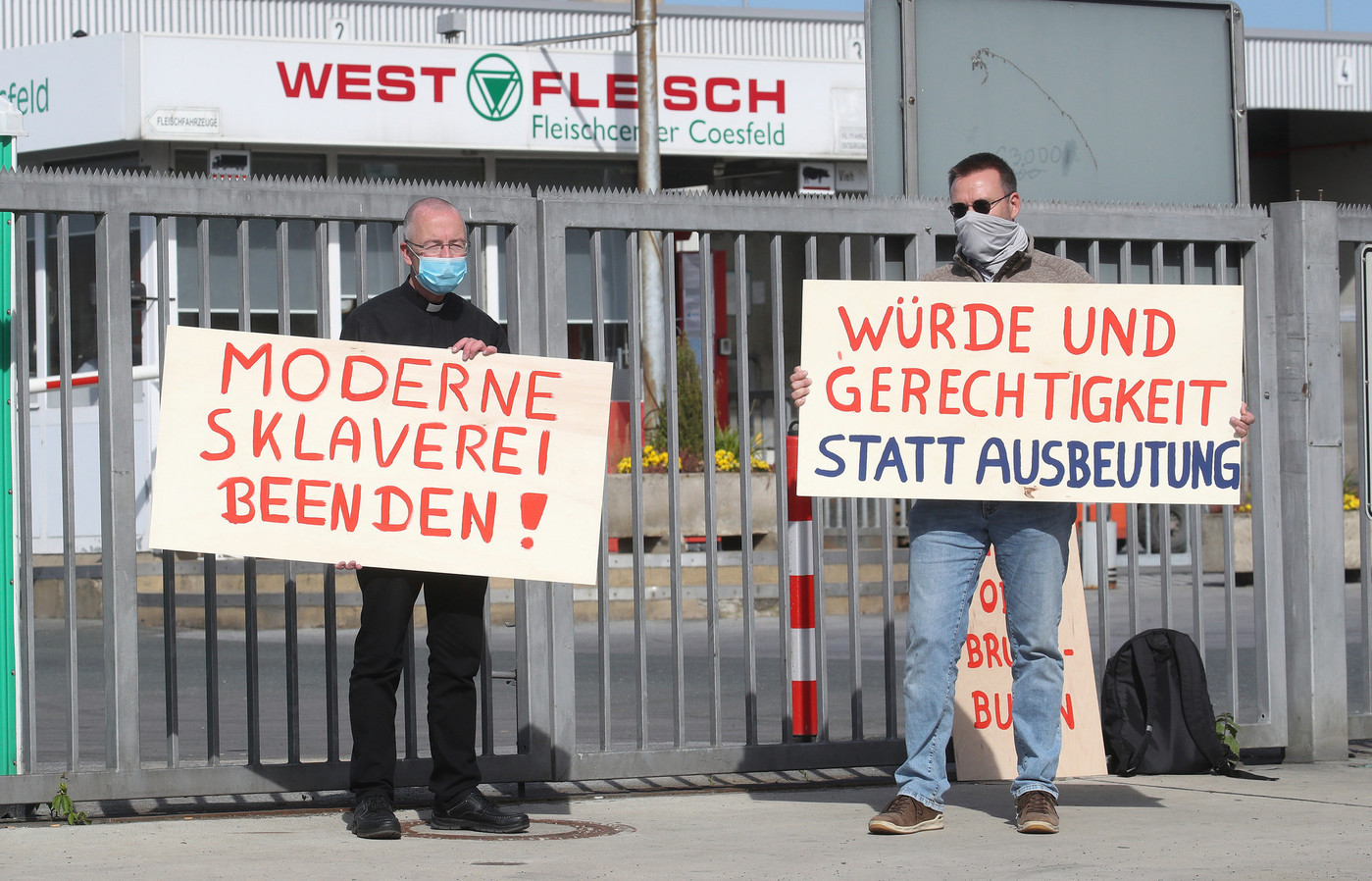 Peter Kossen is not afraid to criticize the German meat industry. This 52-year-old Catholic priest with an almost shaved head has been denouncing for years the poor working conditions suffered by workers from Eastern Europe.

With the explosion in the number of Covid-19 cases in several slaughterhouses, his speech became even more audible. Latest scandal to date, this week, the fact that more than 1,555 employees of the giant Tönnies tested positive for coronavirus out of the 7,000 who work in the largest meat factory in Germany, in Gütersloh.

“The case of Tönnies is far from unique” sums up this Catholic father who officiates in the parish of Lengerich, near Münster. “In the past, butchery trades were well paid. Today, the local workforce is replaced by cheap, Romanian and Bulgarian workers, who are often exploited ”, accuses this priest who created an association to advise migrants.

“We are dealing with criminal and mafia structures”, he advances. “Working 12 hours a day, 6 days a week is illegal in Germany. However, the system of subcontracting to foreign companies, the delegation of responsibilities on the part of German employers and the fact that no one dares to complain makes this system last ”, he ensures by also denouncing the unsanitary conditions of collective housing. “Some people rent a mattress which they take turns. Their health situation was already precarious before the epidemic. They are vulnerable to the new virus “, denounces this prelate.

Quarantine measure on the eve of vacation

For Peter Kossen, the responsibilities are manifold. “Politics is supposed to regulate and control the sector. She failed. Society also has a share of responsibility when it pretends to ignore. Romanians and Bulgarians in the meat sector live in a parallel world ”, he protests.

Local public opinion, however, seems to have raised awareness. With the scandal at Tönnies, the 600,000 inhabitants of the municipalities of Gütersloh and Warendorf were again placed in confinement on June 23. The anger is great, especially as the school holidays begin this Saturday, June 27, and that some Länder have decreed a quarantine, or even a ban, for tourists from these areas.

Given the gravity of the situation, the federal government wants to ban subcontracts in the meat sector. “It is a first step, important and necessary but insufficient”, judge Peter Kossen. Some suggest reducing the size of meat cutting and processing factories, others advocate state management of slaughterhouses.

The authorities, they are increasing the number of crisis meetings to prevent these localized outbreaks from generating a second wave of epidemic throughout the country.