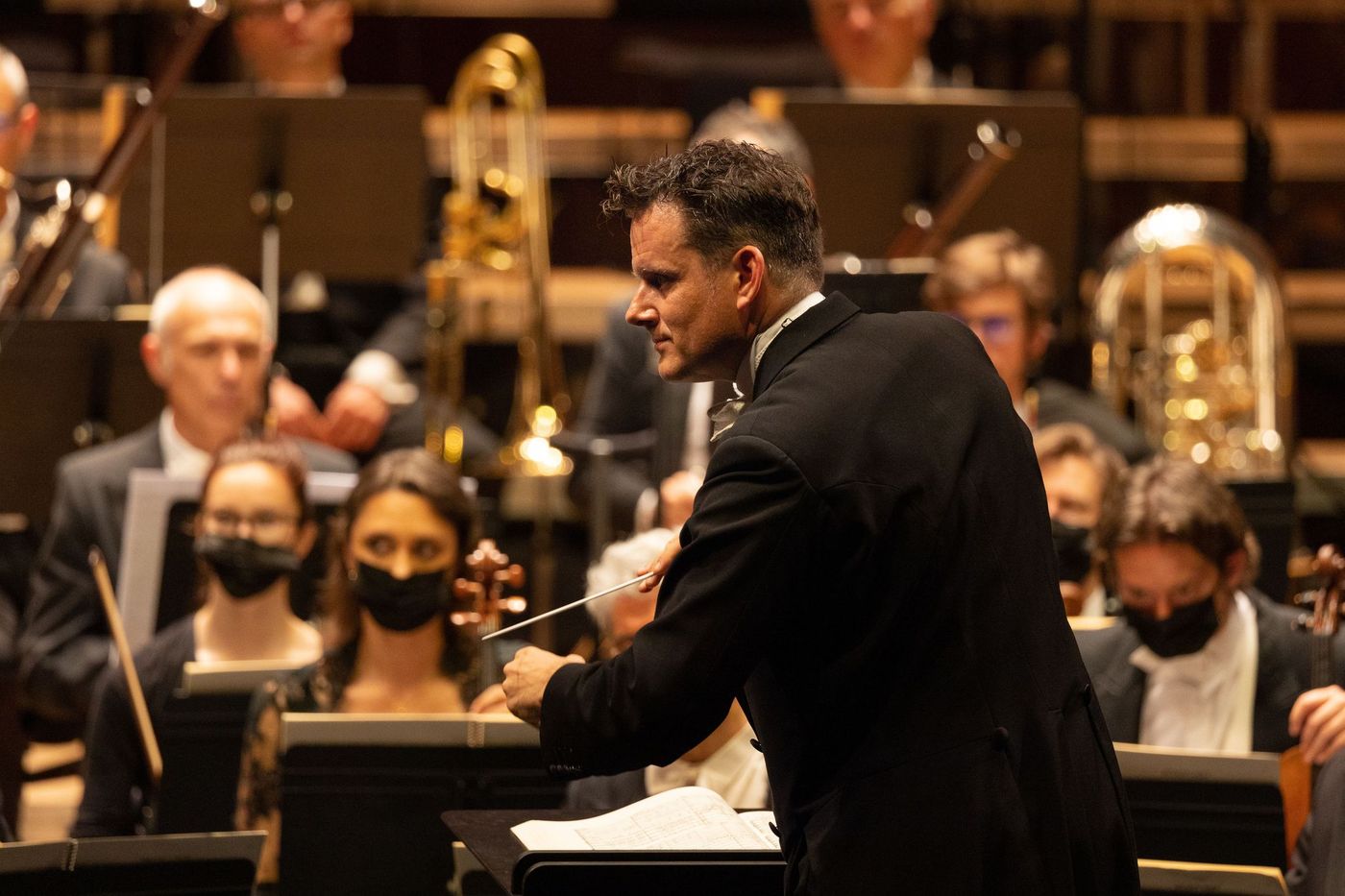 There are pages that turn. For Philippe Jordan, it would be better to talk about a book that is closing. The Swiss conductor has just completed the long adventure – twelve years – shared with the musical forces of the Paris Opera. “I will have known five different directorshe smiles, an amused gleam in his eyes. Hugues Gall signed my contract and my last concert at the Bastille takes place while Alexander Neef begins his mandate. “

From there to dividing his Parisian residence into acts, like a lyrical work, there is only one step. “The first was marked by the construction of my companionship with the orchestra, in Paris but also during beautiful tours, in Vienna and Lucerne in particular”, evokes Philippe Jordan. A period of maturation / maturity follows, under the Stéphane Lissner era, structured around vast projects: “The Berlioz cycle, the orders placed with contemporary composers around great texts from French literature, all completed by the arrival of international singing stars for the“ glamor ”side”… »

The last years will prove to be more perilous with the chain of social movements (yellow vests, strike in response to the pension reform project) which hamper and then block the activity of the Opera before the health crisis freezes everything. “It was a very complex situation, heavy to bear, recognizes the chef. The early departure of Stéphane Lissner did not simplify things, putting the house in the face of a vacuum. However, the Opera supported my battle not to renounce the Ring of Wagner that we gave, certainly without staging and without an audience, but in front of the microphones of France Musique. “ Under the direction of Philippe Jordan, the orchestra demonstrated this excellence which, argues the maestro, «places it among the best international lyric phalanges. The Met in New York or Covent Garden in London have nothing to envy us!»

To reach and maintain this level, the double practice of opera repertoire and symphonic music seems to him « indispensable » : the first sign “Flexibility, reactivity, organic plasticity” ; the second develops “Absolute precision from the first chord. On the set and no longer in the pit, even the smallest mistake cannot be forgiven ”. Thus Philippe Jordan wanted to direct and record the complete Symphonies of Beethoven, those of Tchaikovsky but also famous pages of French music (see below). If Ravel or Debussy were already registered in his personal Pantheon, this was hardly the case with Berlioz before he got down to his works.

“Undoubtedly influenced by my father, chef Armin Jordan, I feared his spectacular, monumental fiber. But this is to put him on a simplistic trial as we do in Wagner. Very quickly, it was an extraordinary experience ”, he enthuses. Admiring the singularity of the composer’s inspiration, he also underlines “The way he adapts his style to the subject he takes hold of: listen to the Germanic climate of Damnation, the luminous, dazzling sounds of the Roman Welcome or the antique accents at the beginning of the Trojans ! »

The complex relations with the directors …

Although he always shows a deep courtesy, Philippe Jordan does not hide the misunderstandings that may have marked his various collaborations with the directors called upon to deliver their “vision” of opera. “To be honest, I will especially keep in mind some very beautiful covers, such as the Pelléas and Mélisande proposed by Robert Wilson or The Magic Flute by Robert Carsen. » Discreetly avoiding some irritating memories, he especially deplores the fact that, too often, musical design and stage design «are juxtaposed instead of enriching each other “. And to quote, conversely, “The in-depth and fruitful work with Barrie Kosky in Bayreuth in The Master Singers by Wagner “.

To his successor, Gustavo Dudamel, Philippe Jordan refrained from providing advice. If not that of being «very present. In the pit of course but also behind the scenes, during hearings, competitions and even social negotiations …» In order to closely support «a first-rate orchestra that deserves to shine in Paris and around the world ”.

Available on the France Musique website until August 2: the last concert given by Philippe Jordan, the Orchestra and the Choir of the Paris Opera on July 2.

To see on the platform L’Opéra chez soi, under the direction of Philippe Jordan: The Tales of Hoffmann d’Offenbach ; Don Giovanni by Mozart ; Samson and Delilah from Saint-Saëns… but also all of the Symphonies Beethoven and those of Tchaikovsky.

You can also listen to several recordings with the Orchester de l’Opéra de Paris under the direction of the Swiss conductor: Moussorgski / Prokofiev, Daphnis and Chloe and The waltz by Ravel, the Requiem de Verdi, la Alpine Symphony by Richard Strauss …