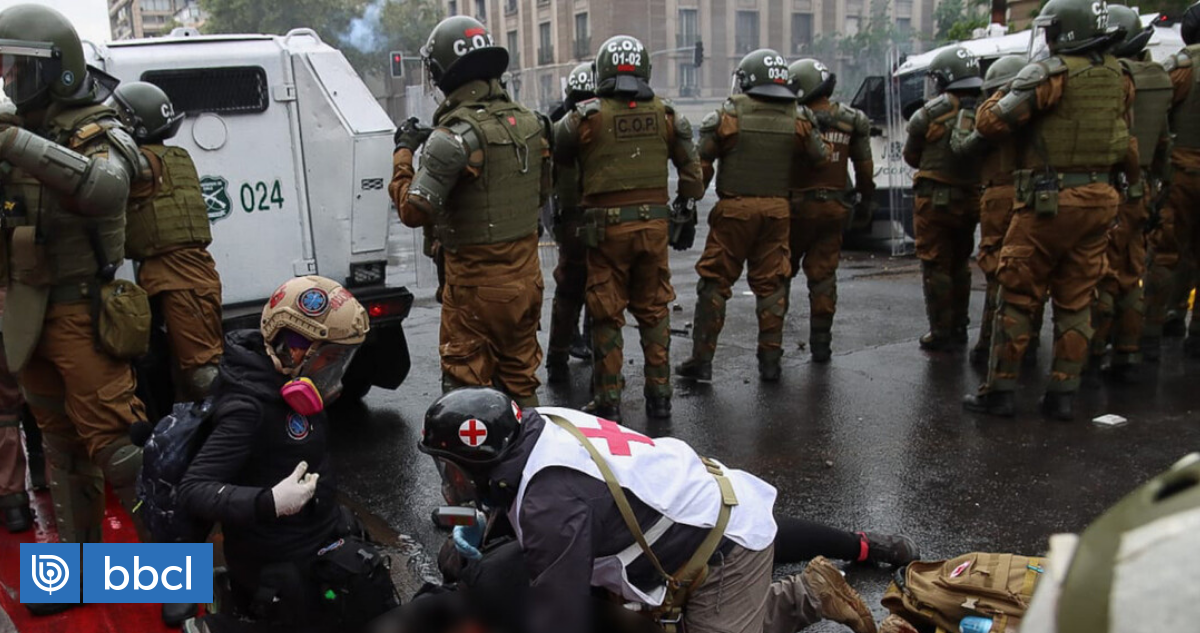 The political world condemned the acts of violence that unleashed in the death of the law student and human rights activist, Denisse Cortés Saavedra.

The 43-year-old woman died in the premises of the Ex Posta Central, a medical facility to which she was transferred after being injured in the midst of clashes between police and protesters in Santiago.

Until now it is unknown what caused the fatal injury to the neck, although the Carabineros preliminarily indicated that it would have been pyrotechnics launched by hooded men.

In this context, several political figures used Twitter to condemn the violence that was observed in the march called in favor of the Mapuche people.

The candidate for the presidency of I Approve Dignity, Gabriel Boric, demanded that a thorough investigation be carried out to determine responsibilities.

“(I feel) deep sorrow for the death of Denisse Cortés in today’s march. We accompany his family, comrades and the community of the Academy of Christian Humanism in their regret and we demand a thorough investigation of the individual and institutional responsibilities that are involved, ”he wrote.

For his part, the candidate for La Moneda for the Republican Party, Jose Antonio Kast, assured that the death was a consequence of the actions of protesters.

“I deeply regret the murder of a lawyer on today’s march. I hope that the person who attacked the Carabineros and caused him serious injuries that caused his death will be quickly identified. Enough of violence! ”, He expressed.

The candidate for the Constituent Unit, Yasna Provoste, also dedicated a few words on his Twitter profile.

“My deepest condolences to the family and loved ones of Denisse Cortés. We ask that the Prosecutor’s Office and the PDI act as quickly as possible to learn about the events and clarify what happened in the events that caused his death, “he coined.

Meanwhile, the candidate from Chile Vamos, Sebastián Sichel, expressed all his “solidarity with the family and friends of Denisse Cortés.”

Adding that “it is a painful situation, and we look forward to an effective investigation that can clarify what happened. Violence cannot claim more victims in our country ”.

On the same situation, the president of the Constitutional Convention, Elisa Loncon, who also pointed to the need for a rigorous investigation.

“My condolences to the family and friends of Denisse Cortés. It is a deep pain, Denisse worked for justice and human rights. There must be a rapid and rigorous investigation to clarify these facts ”, he launched.

The deputy of the Communist Party, Camila vallejo, went further and warned that Denisse’s fatal outcome was a consequence of the actions of the Carabineros Public Order Control (COP) personnel.

“The brutal repression of FFEE in today’s march ended in the painful death of Denisse Cortés. Responsibilities should be clarified as soon as possible and why the police did not allow timely attention after being injured. Anger, sadness and outrage. Justice for Denisse ”, he indicated.

Meanwhile, the rector of the house of studies to which the woman belonged, Alvaro Ramis, regretted what happened and announced that they will be part of all the legal actions to find those responsible.

“The death of our student Denisse Cortes is a devastating event. His family has all the solidarity of the Academy University. Chile cannot allow human rights defenders to risk their lives. We will become part of the legal actions that clarify death, “he stressed.

The North Central Flagrance Prosecutor’s Office announced that they had opened an ex officio investigation into what happened, instructing investigative police personnel (PDI).