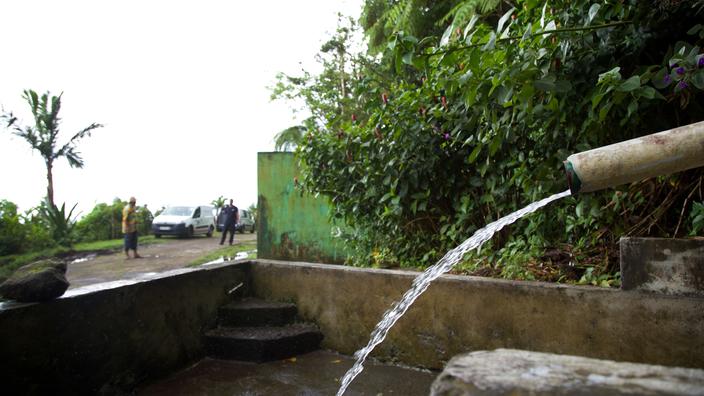 The latter ensure that this choice is “economically profitable”.

Protecting water at the source, rather than paying to make it drinkable: an “economically profitable” choice, supported by associations which appeal to elected officials and public authorities to carry out a full-scale experiment in the Rennes agglomeration .

Read also :In Finistère, 180,000 people deprived of drinking water after a methanizer incident

“Everyone needs this experiment, even farmers,” assures Jean-Yves Morel, from the Arbre Indispensable association.

The idea would be to conduct an experiment on the Chèze-Canut catchment, at the gates of the Brocéliande forest, the smallest of the twelve drinking water catchments managed by the Collectivité Eau du Bassin Rennais (CEBR) which supplies the 500,000 inhabitants. of the agglomeration of Rennes. “It would be an experiment that can then be reproduced on other watersheds”, assures Jean-Yves Morel.

Less than 2% of water bodies comply with European standards

According to the associations which support this project, the quality of the water in Ille-et-Vilaine is “catastrophic”: “barely 2% of water bodies comply with European standards”, they say.

In particular, “the multiplication of chemical substances present in infinitesimal doses”, in particular the metabolites which result from their degradation. These substances “are not looked for in water analyzes” although they are likely to produce the famous “cocktail effect” on health, says Étienne Dervieux, from Criigen (Independent Research and Information Committee on genetic engineering).

The Chèze-Canut watershed, which represents 20% of the Rennes metropolitan area’s water resource, has the advantage of being small: a rural area of ​​6,300 ha, where around 100 farmers are located. .

The experimental project includes several axes: stopping the use of pesticides, a “strong agricultural transition” to switch from mainly corn and cereals crops to organic agriculture and livestock, restoration of aquatic environments and landscape, in particular by rebuilding the disappeared embankments and hedgerows in order to reduce soil erosion and filter water.

All through a “compulsory and financially assisted conversion of agriculture”.

According to official figures (2017), more than half of the farmers in this watershed are over 50 years old and these upcoming retirements are an opportunity to change practices.