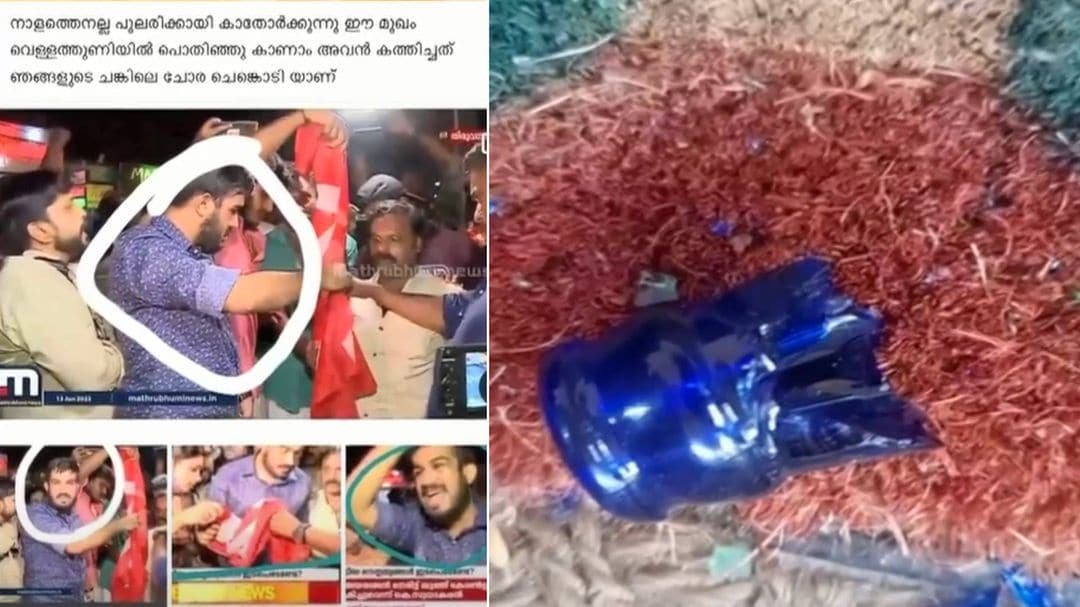 Anantha Krishnan alleged that CPM-DYFI activists were behind the violence. Anantha Krishnan was not at home at the time of the incident. Only father and mother were at home.

Following the arrival of the Chief Minister in Thiruvananthapuram, there were widespread protests. Following this, clashes broke out between Youth Congress workers and DYFI activists in front of the KPCC office and around the office of VK Prashant MLA on Monday. This is where Anantha Krishnan hoisted the CPM flag. Since then, there has been widespread protest against Anantha Krishnan from the CPM. This was followed by an attack on the house last night.

The assailants rushed to the house and demanded that Anantha Krishnan be let out of the house. He threw the beer bottles he had in his hand into the house. The windows of the house were smashed in the violence.

The President of PARLATINO supports the diplomatic channel