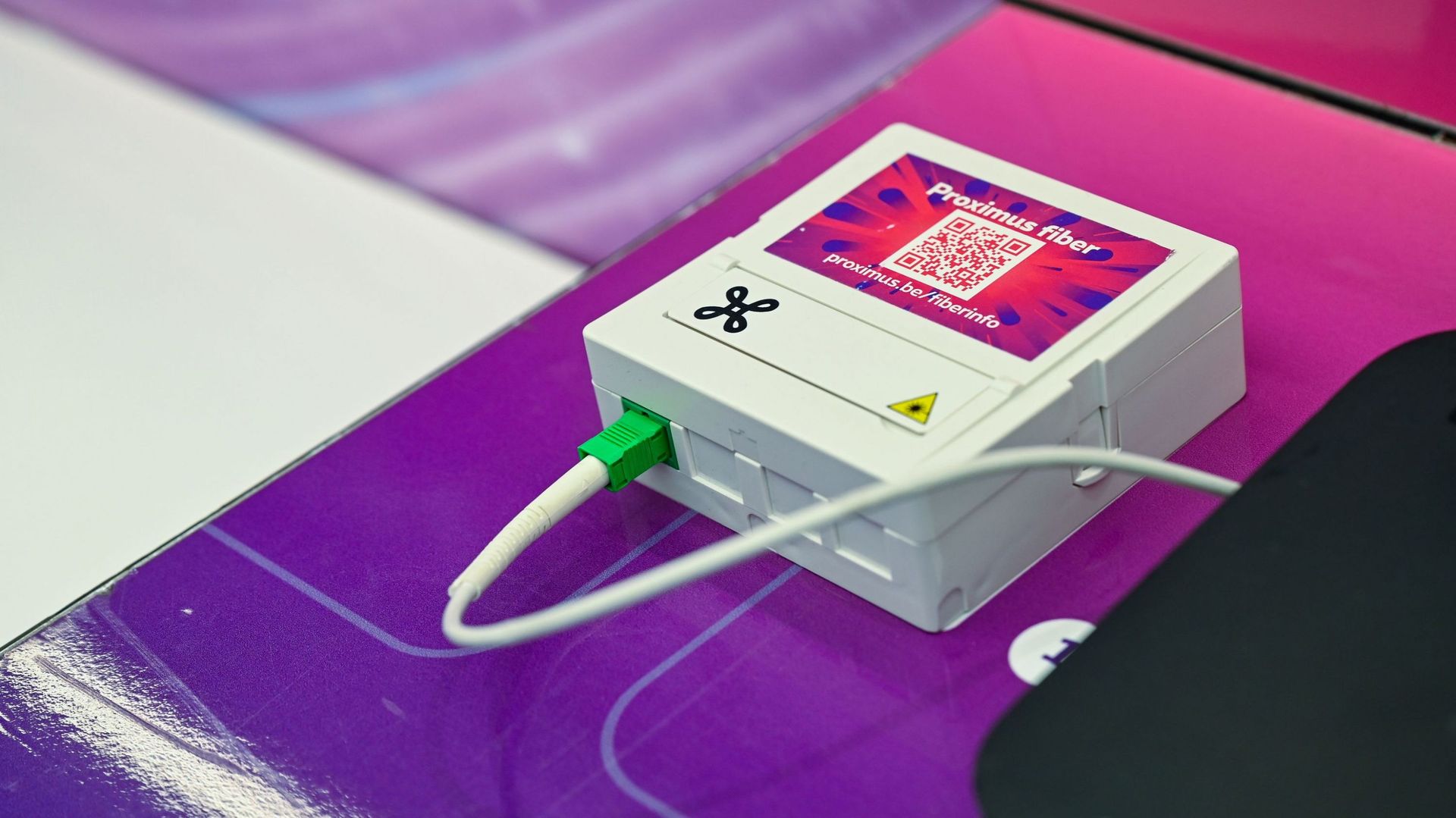 These customers could already switch, if they so wished, to one of the fiber subscriptions. They cost more, but offer higher speeds. Soon, however, Proximus will make the switch to optical fiber inevitable in certain places by gradually phasing out subscriptions to the old cable. According to its spokesman Fabrice Gansbeke, the operator thus avoids having to maintain two networks in parallel.

The changeover will begin at the end of March in the Boulevard Anspach district of Brussels, where Proximus fixed the first new fiber optic cables to the walls five years ago. Districts in other cities such as Ghent, Hasselt and Deurne will follow later this year. Proximus indicates that it will inform its customers well in advance of the date on which the service on the copper network will cease.

People who have not yet taken out an adequate subscription at the time of the interruption and who wish to remain with Proximus will have to call on a technician to install the fiber optic connection and will then have to take out a subscription.

The cheapest Internet subscription on the old cable costs 27.50 euros per month, while with fiber, the least expensive costs 42.95 euros per month. The very popular convergent Flex offers cost 5 euros more per month when they are provided with a connection via optical fibre.

Proximus will, however, make a commercial gesture for the customers concerned by offering them the fiber optic subscription at their old rate for some time to come. A transfer to another provider is also possible, but obviously not if it concerns services passing through the old VDSL line.

Scarlet, the low-cost subsidiary of Proximus, does not currently offer fiber optic connections. This provider will therefore not be able to serve customers in areas where the old copper cable will be deactivated.

Some Scarlet customers have already been informed that their subscription will soon be interrupted. Proximus wants to compensate them by offering them a Proximus subscription at the much cheaper Scarlet rate for two years. In addition, Scarlet could start offering fiber optic subscriptions, the prices of which are not yet known, before the end of the year.

Retrospective Georgia O’Keefe at the Fondation Beyeler in Riehen (BS)