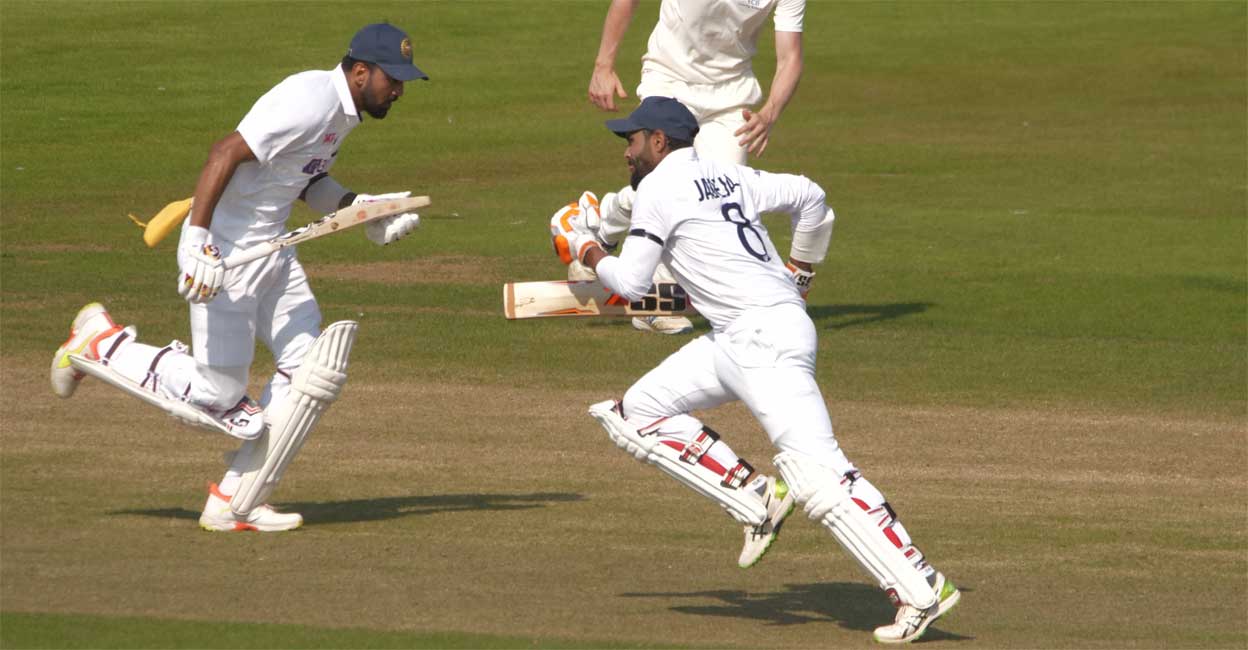 London: Wicketkeeper-batsman KL Singh has scored a stunning century in a training match ahead of the Test series against England. Rahul. Rahul, who was tasked with keeping the wicket after No. 1 wicketkeeper Rishabh Pant Kovid fell victim to No. 2 wicketkeeper Wriddhiman Saha, declared with 101 off 150 balls with 11 fours and a six. After Rahul, Ravindra Jadeja also scored a half-century as India were 306 for nine in 90 overs at stumps on the first day of the match against County Select XI. Jaspreet Bumra with three runs and Mohammad Siraj with one run at the crease.

Ravindra Jadeja hit 75 off 146 balls with five fours and a six. Rahul and Jadeja put on 127 for the fifth wicket to put India ahead in the innings.

In the absence of Virat Kohli, India will be led by Rohit Sharma (nine off 33 balls), Mayank Agarwal (28 off 35 balls), Cheteshwar Pujara (21 off 47 balls), Hanuma Vihari (24 off 71 balls), Shardul Thakur (20 off 28 balls) and Akshar Patel (0 off 20 balls). And Umesh Yadav (12 off 14 balls) were out. Craig Miles took three wickets and Lyndon James and Liam Patterson White took two wickets each for the County Select XI. Jack Carson took one wicket.

Cheteshwar Pujara and Hanuma Vihari also got off to a good start but failed to put up a good score. Pujara, who scored 21 off 47 balls with two fours, was stumped by the wicket-keeper off Jack Carson. Hanuma Vihari was caught by Craig Miles off Patterson White.

Later, Rahul and Jadeja combined for the fifth wicket to put India in a better position. The duo combined for 127 runs. Rahul came back after completing the century but was followed by Ravindra Jadeja who scored a half-century. Craig Miles struck out Jadeja for 75 off 146 balls with five fours and a six. Jake Libby was caught. Shardul Thakur hit 20 off 28 balls with two fours to give Miles the wicket. Akshar Patel was beaten by Miles. Umesh Yadav found sixes and fours, but Patterson White’s 12 off 14 balls.