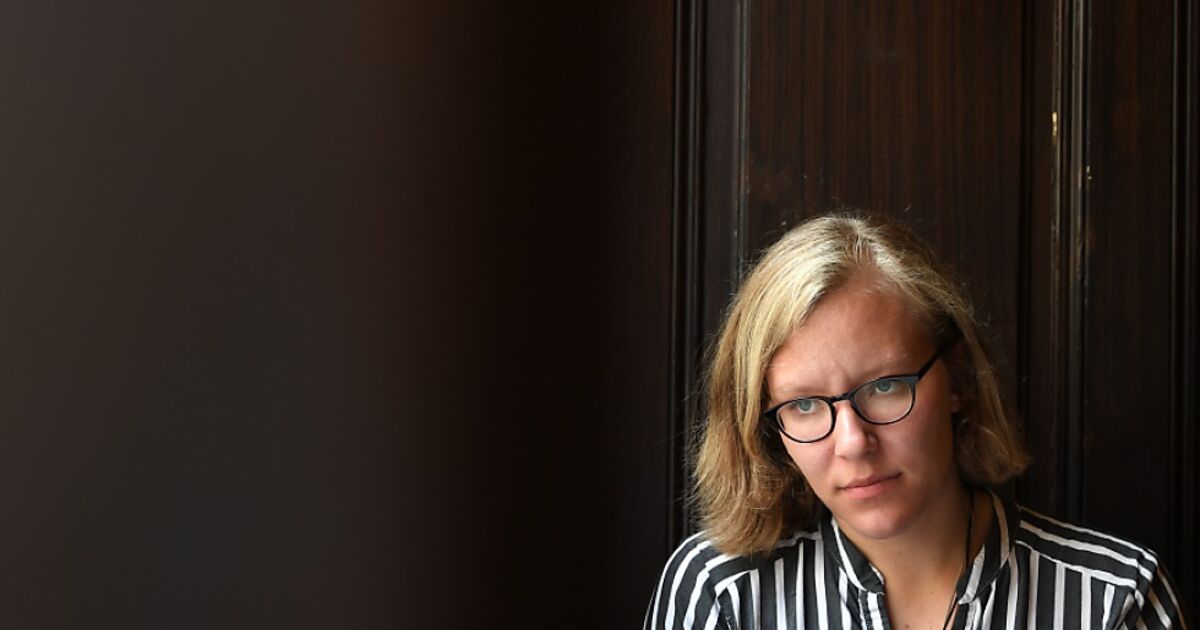 A huge living and laboratory cube, hermetically sealed off from the outside world. Humanity’s last chance to make the earth uninhabitable is a supercomputer called DAVE. Artificial intelligence is not only equipped with unimaginably high computing power, it should also have the ability to develop and optimize itself. All human hopes rest on him. Welcome to the Brave New World according to Raphaela Edelbauer.

The star of the Viennese born in 1990 rose in 2018 when she won the audience award in a reading competition for the Bachmann Prize in Klagenfurt. The text presented there became the novel “The Liquid Land”, which made it onto the shortlists for the German and Austrian book prizes in 2019. With the new, more than 400-page novel, she returns a little to her beginnings, in which natural and linguistic interests were paired. “DAVE” is formally not as experimental as her first work “Entdecker. Eine Poetik” (Entdecker. Eine Poetik), but the book clearly shows the fun in thinking. Complex mnemonics not only form one of the storylines of a scenario that you do not want to experience yourself, but are also a template for the construction plan of the bunker itself in which the novel takes place.

The unrestrained exploitation of resources has squeezed the earth like a lemon. The pictures with which Edelbauer depicts vegetation on a planet overpopulated with billions of people are reminiscent of Pieter Brueghel the Younger, the “Höllenbrueghel”, or Hieronymus Bosch. What then gave humanity the rest can no longer be ascertained with absolute certainty in that last refuge, which resembles an ant burrow, in which the protagonist and first-person narrator Syz holds the position of programmer and research assistant. Earthquakes, radioactive radiation, other disasters? What the past and the outside look like, however, does not matter for the longest time. Because Edelbauer is interested in the interior and the future that is being tinkered with.

Hordes of programmers are trying to create the ultimate artificial intelligence, but in order to really take control of the fate of the planet, DAVE lacks one thing: personality. Syz, of all people, should deliver them. An algorithm has chosen the highly intelligent young man, who has always been denied the hoped-for research career, as the ideal role model for DAVE. In endless conversational sessions, technicians try to integrate their personal experiences and experiences in the supercomputer’s already written scripts.

The more machine and human merge, the more Syz begins to doubt the meaningfulness of the company and the truthfulness of those doctrines on which the coexistence of this last enclave of humanity is based. He discovers that he is not the first to be “milked” for the computer. Its predecessor then disappeared without a trace. In the merging of humanity and digitality, all borders of consciousness and memory begin to dissolve. What is experienced and what is programmed? How much Syz is in DAVE and vice versa?

Edelbauer knows what she’s writing about, and she always likes to let you through. The average reader only understands the train station at times. But the cool technical excursions are one thing, and the high-tech dystopia, which becomes more and more rapid and cinematic as the book continues, is another. Belief in progress is paired with fantasies of redemption and hits the last remnants of dissident thinking. On the last 100 pages the novel becomes downright feverish, not only because the temperature in the cube is rising, but because Edelbauer switches to thriller. Syz succeeds in escaping into the outside world, he ends up in the “Restaurant Himmelreich” programmed by his predecessor and in endless loops.

The “last days of mankind” before the handover of responsibility to the self-created artificial intelligence are dawning, and the question still remains unsolved: is there a way out or a dead end in the end? Or are we not already caught in an endless loop? Edelbauer spares its readers this fate. Her story, which is absolutely worth reading, ends on page 430. But it doesn’t stop keeping you busy …