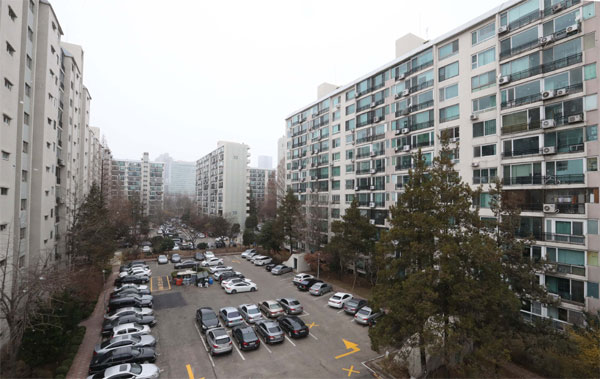 Gangnam COEX~Hyundai Motor GBC~Jamsil Sports Complex 1, 2 and 3 cars, which are apartments that have been well developed around Jamsil Sports Complex, have been approved for the establishment of a cooperative. It is expected that the market ripple effect will be considerable as more than 2,700 households will be built in a golden location.

On the 11th, an official from the Songpa-gu Office said that the first, second, and third promotion committees of Jamsil Woosung had given permission to establish the association. This is the first time in six years since the designation of the maintenance area in 2015.

Woosung 1, 2, and 3 are apartments built in 1981, and through reconstruction, they plan to transform into an apartment complex with 2,716 households in 18 apartments with 2 basement floors and 35 floors. Currently, there are 1,139 households, and it is adjacent to the Asian Athletes’ Village apartment, which is the ‘Jamsil Daejoo’, and faces GBC across Tancheon. It is also a double station area right in front of the Sports Complex Station on Subway Lines 2 and 9.

Even though it is a place tied to a land transaction permission zone, it seems that transactions are being reported. This is because, once a reconstruction association is established, membership status cannot be transferred, so even if you purchase an apartment thereafter, you will not be able to receive the right to move in, so there is an atmosphere of buying right away.

According to the real transaction price disclosure system of the Ministry of Land, Infrastructure and Transport, on the 21st of last month, the sale price of 136.34㎡ (12th floor) was traded for 2.7 billion won, replacing the new record price. Compared to the 2.375 billion won that was traded in September last year, it jumped over 300 million won at once.

It is also interpreted that the Seoul City Council re-started the Jamsil Sports and MICE complex space creation project also had an impact. On the 4th, the city council passed the ‘Jamsil Sports/Mice Complex Space Creation Private Investment Project Designation and Third-Party Proposal Announcement (draft)’ as the original plan. This project is a private development project to build convention facilities three times the size of COEX by investing more than 2 trillion won on 350,000 square meters of Jamsil Stadium.

The city of Seoul continued to regulate the area, saying it was concerned about an increase in house prices, but the reaction is that the market is questioning whether it is actually effective. The city held a city planning committee on the 9th and re-designated a total of 14.4 km2 in Jamsil-dong, Songpa, and Samseong, Cheongdam, and Daechi-dong in Gangnam as land transaction permission zones. If a house is purchased for residential use, it must be used only for actual residence for two years, and the sale or lease is prohibited for two years.

Recently, major apartment reconstruction projects in Songpa-gu are accelerating. Songpa Olympic Village Apartments, a large complex with 5,540 households, re-challenged for safety diagnosis in March and received a conditional pass grade of D (53.37 points). This made up for the fact that they were eliminated in the C grade two years ago. Pungnapmiseong with a size of 275 households, considered one of the best complexes along the Han River, also received a D grade in the first safety examination and entered the adequacy review stage. Reconstruction safety diagnosis is graded according to scores (out of 100 points), and grade D (31-55 points) must undergo adequacy review by a public institution (Korea Institute of Construction Technology and National Institute of Homeland Security).