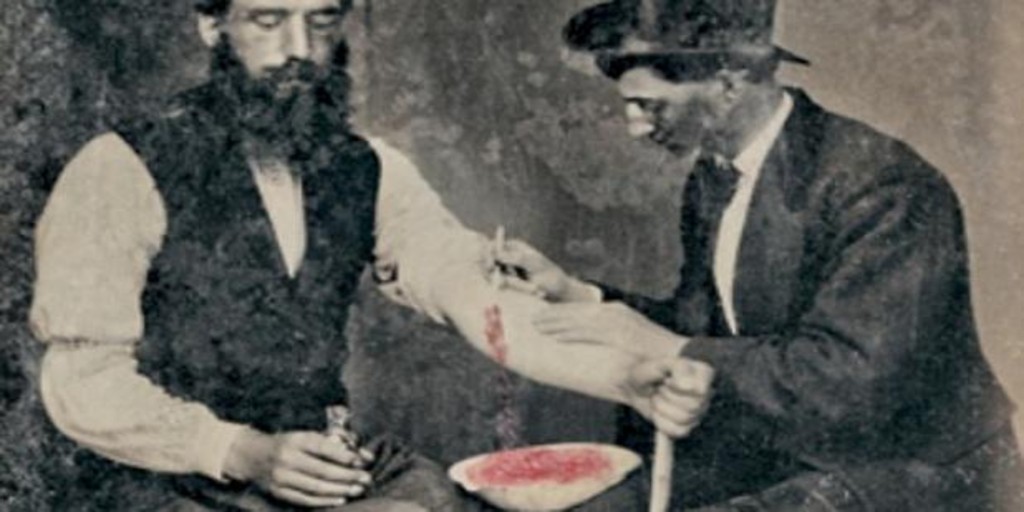 For centuries physicians have treated their patients with a terrifying therapeutic arsenal of more than dubious utility. His payroll included, among others, the indents, the suction cups, the frictions, the vejigatory O singsongs, the fonticles, the cautery and the synapisms.

All of them were carried out, usually, during the first days of the illness, those considered as the most critical, since there was a false belief that if the patient exceeded the week there would be no need to fear for his life.

The battered bodies of the patients had no choice but to accept the chosen treatment with overwhelming stoicism and try to overcome the terrifying side effects.

Mustard is a plant native to the Mediterranean basin, its seeds are used as a condiment due to its intense flavor, as well as bitter and spicy.

We have three different varieties of mustard, the black one, which is very intense, the brown one, much less spicy, and the white one, which is usually obtained by mixing the previous two.

For a long time mustard had a marked therapeutic interest, in the pharmacies of our geography a concoction was prepared from white mustard flour and water, in equal parts, which was known as mustard poultice or, simply, as sinapism.

Once made, this potion was applied, wrapped in a cloth, on the area of ​​the skin that was inflamed or sore, or on the chest of those unsuspecting patients who suffered from a ‘badly healed’ cold.

Synapism was not the only option available to physicians to treat torpid respiratory infections, we know that with some frequency they opted for cupping.

This treatment basically consisted of putting a coin on the skin of the patient’s chest, on top of which a piece of cotton that had previously been soaked in alcohol was placed, which was set on fire, after which it was covered with a glass .

The purpose of this practice was none other than to extract the ‘airs’ that cause the cold, which was ‘achieved’ by consuming oxygen. If the skin area became purple or reddish spots appeared, it indicated that the disease had been eliminated.

To further complicate the treatment, physicians could opt for two types of suction cups: dry and scarified. The dry ones are the ones we have just described, the scarified suction cup consisted of causing a small bleeding in the patient’s skin.

To do this, a device called a scarifier was placed on the area, which was provided with sharp blades.

Another treatment that was in vogue for centuries were the cantáridas or bladders, irritant substances that were placed, as plasters, on the skin of the patients and that caused the appearance of ‘cutaneous bladders’, hence their name. They were intended to ‘eliminate the corrupt humors’ of the patient.

One of the most widely used cantáridas was achieved by grinding an insect known as Listen vesicatoria or Spanish fly. It is a small beetle – about two centimeters – and greenish in color, which was described by Carl Linnaeus in 1758.

The observation, which is the mother of science, proved that, in some cases, the men to whom this cantárida was administered suffered a curious secondary effect, the priapism. This event caused that this treatment, in the form of powder, macerated or diluted, had a second and applauded medical indication, the aphrodisiac.

Pedro Gargantilla is an internist at the Hospital de El Escorial (Madrid) and the author of several popular books.