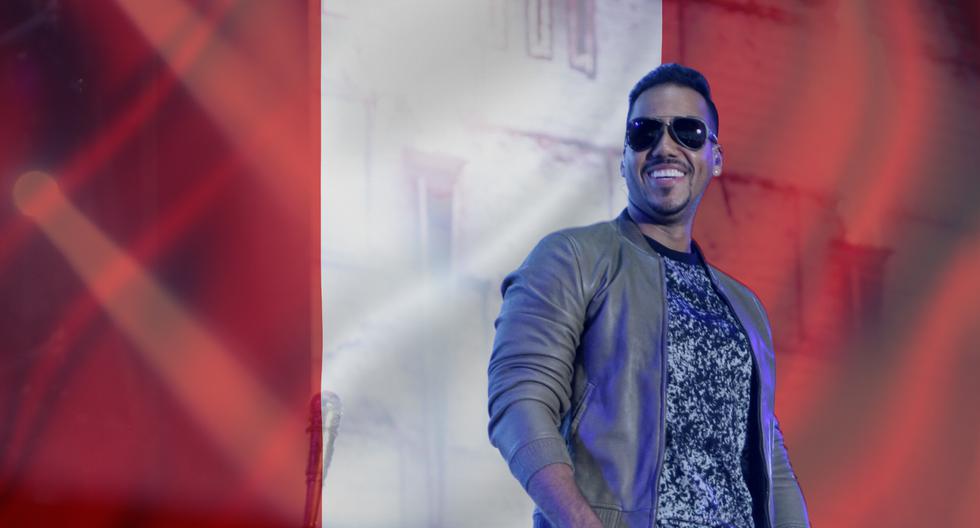 Since then, 10 years have passed; and our country became a mandatory stop on every Latin American tour that the singer has announced, having the sports venue as his home on the six occasions he has performed in Lima. But especially this year, after the release of his album “Formula, vol. 4″, Santos wanted to reciprocate the gratitude received during this time, starting his 2022 tour in Peru.

The result was historic. The not so ‘boy’ of poetry anymore, he announced four concert dates in the capital, of which there is not a single ticket left. The overwhelming sold out was thanked by the artist with a post on his social media: “Peru fell short to express the gratitude I feel, but I will try to return my gratitude on stage”.

“Romeo was always the captain, the protagonist”

To understand the euphoria caused by the arrival of Romeo Santos in our country, it is necessary to go back to his beginnings with the band Aventura in 1999, the date on which the group officially released its first album “Generation Next”. At that time, the bet of mixing bachata and R&B was not tempting for the music scene because the genre was undervalued. Although he had a period of brilliance thanks to the album “Bachata Rosa” by Juan Luis Guerra, the success was due more to the genius of the Dominican artist than to the genre itself.

Aventura’s fame would still take three years to reap, and it would finally arrive after the premiere of his collaborative song with Judy Santos, “Obsesión”, a seductive song with sexual allegories that told the story of a man obstinate in meeting his beloved, a Romeo in the desperate search for his Juliet.

With the great reception that this song and, in general, the second album “We Broke The Rules” received, it is possible to reveal four possible ingredients that helped the band obtain the ideal formula to gain great international notoriety: An enveloping love/heartbreak story; the peculiar melodious and sensual tone of the singer, collaborations with artists of the moment and finally, most importantly, the personality of Romeo Santos himself.

“Romeo was always the captain, the protagonist”the group’s guitarist, Lenny Santos, had admitted in an interview with El Comercio in 2010. It was not surprising, Santos was the composer of all the songs on Aventura [a excepción de una]and undeniably possessed a ‘sex appeal‘ more irresistible to fans than the rest of the members.

“He connected with the fans more because he’s super romantic., then he managed to win the support of the youngest. Besides, you can mix different genres thanks to [su triple faceta] as a composer, writer and singer, where he also includes the voices of other artists”, affirms Alejandra Barcena, president of the singer’s Peruvian fan club, in a conversation with this newspaper.

Barcena adds that the singer has had a positive impact on her and that he has accompanied her during all the moments of her life. “I always find a Romeo fan that I can connect with very well. Specifically, thanks to him I met thirty people who are today the most active members of the fan club, whom I already consider a family. We have grown together, we all started when we were 15 years old and now we are 28 years old on average. We are all professionals”.

Because she was still a minor, she did not manage to witness the first time the group arrived in Lima, but Romeo did speak of that occasion and the great impact it had on him: “I was quite surprised, it was the first time I went to Peru, where I didn’t know we were so popular”, he told this newspaper about his arrival in 2009.

That first time in Peru was promoting the band’s latest album dramatically named: “The Last”. Although months before announcing their separation in 2011, they returned to Peru, promising that this would not be the end, and that they would meet again after three years. It never happened, but far from harming him, Romeo had his big chance to be reborn as an artist.

climb alone to the top

In the year that Aventura disintegrated, bachata was far from what it once was. Artists like Daniel Segura, Luis Miguel del Amargue, but, above all, Prince Royce, had repeated [con sus propios matices] Romeo’s winning formula and achieved great success making bachata the genre of the moment, at least in Latin America.

This was demonstrated after the release of Romeo’s first debut album: “Fórmula, Vol. 1″ (2011), which managed to reach the top of the Billboard Top Latin Albums and Billboard Tropical Albums. That same year, Prince Royce would raise the trophy for Latino Artist of the Year, reaffirming the popularity of the genre.

The similar color of voice, and the love themes in their lyrics, made fans speculate about a supposed rivalry between the two artists for years, although on numerous occasions, both bachateros have shown respect for each other. “I tried to sound different from Aventura. I really admire Romeo, he was good competition and I miss him; but we were not rivals, he raised me”, commented Prince Royce, ‘The prince of bachata’, in an interview with Molusco TV.

With the successful release of the album “Fórmula, Vol. 2” (2014), which includes great songs composed by Romeo such as “Indecent Proposal” or “Eres Mía”, he established himself as a king capable of shining with his own light. And this is how our country let him know, when he arrived with his tour in 2015 and managed to sell out as a soloist in our lands for the first time, with more than 45,000 people. [en su mayoría mujeres]attending his concert at the National Stadium.

2017 was the year in which “Despacito” by Luis Fonsi and Daddy Yankee flooded millions of houses around the world. The music video with the most views in the history of YouTube to date, was the hammer necessary for the bottle of sparkling wine to explode and the era of urban music to be inaugurated.

At that time, Romeo Santos was completing 18 years of his artistic career, and he found himself in the dilemma of joining this new wave or continuing faithful to the style that had contributed so much to his life. “If I do an urban song, it would surely be huge, but I don’t want it to be a distraction. You have these incredible artists who are now at their best offering urban music. I wanted to make a difference and speak for my gender. Bachata needs me. I had to put on my Superman cape because of my culture”, he told Billboard, remembering that decisive moment.

Golden (2017) was his declaration of intent. The album contained big names within his (already usual) collaborations: Ozuna, Nicky Jam and Daddy Yankee stood out in particular. All of them artists of the urban genre, who instead of taking Romeo to the lands of dembow, made them adapt their throats to the beats of bachata. “Sobredosis” or “Bella y Sensual” were the demonstration that this fusion worked perfectly, these songs being so popular that even today they can be heard in Peruvian nightclubs.

Although Romeo Santos has continued a smooth musical path and a personal life away from the cameras, he is not without controversy. In particular, the accusative comments start from the content of some of his lyrics with alleged misogynist messages.

And although he has denied it dozens of times, relying on creative freedom, the truth is that these are not criticisms from bitter detractors, but from specialized studies that point to the existence of objectification of women. [”Eres mía”]bullying [”Obsesión”] and even rape of a minor [”Perjurio”].

However, the fan club leader points out that these are misinterpretations that stem from ignorance about the type of art the artist makes. “Whoever follows Romeo Santos knows everything he fights for all the social risks and injustices in the world. And this is what defines it, not a misinterpreted song. There are many other songs where he talks about how bad wars do us, battered women, children riddled with bullets, deportations. And as a club, within our rules is full respect among members, inclusion in all its aspects, and the outright prohibition of discrimination “. alleges Alejandra Barcena in defense.

He emphasizes that beyond the characters he creates for his songs, he is a generous human being, who helps and encourages people in situations of risk to help. Under this idea, the club that he leads meets on dates close to Christmas to follow his example and bring help to those most in need.

“We look for vulnerable populations on those dates. The last time we went to the San Genaro Human Settlement in Chorrillos, where we brought a children’s show, gifts and prepared a chocolate. The same members of the club put on the show for the children. Our idea is to have at least two social work activities a year“, Add.

He believes that the “love” and “romanticism” that Romeo talks about so much in his songs and in every interview he gives, are part of the sensitivity and empathy that characterizes him. Of course, he also has songs that are coupled with a breakup, or heartbreak. “I think there is always a song that fits your love story“, ends.

it’s not an end

There is no doubt that Romeo shouldered the hard work of taking bachata to the main stages of the world. His title of “King” is not inherited, but rather carried with pride as the forger of a genre that was initially in decline. With a 23-year career, he has just released his fourth studio album “Formula, Vol. 3”, which once again is true to his style and has collaborations with Justin Timberlake, Chris Lebron, Christian Nodal, and other guest artists who join the bachatero rhythms.

Along with the release of the album, came the announcement that Peru was the first confirmed country on tour. The national public responded by making a sold out almost immediately, so he confirmed three more dates that are already sold out on the Teleticket website. If all the scheduled concerts are fulfilled, the artist will make history in our land, performing four shows in a row [el 10, 11, 12 y 14 de febrero] at the National Stadium, like no other national or international artist has done before.

Marking new milestones in his career, everything indicates that the scepter of the genre still belongs to Romeo Santos despite the fact that various artists such as Manuel Turizo or ROSALÍA have joined the genre, experimenting and taking it to different levels. His reign continues to be legitimate, and he doesn’t seem to have any intention of passing the baton, at least for now.

launched an egg from space and fell intact on Earth – FayerWayer

Thanks to efficiency 3-1 against USA – Like a good circus horse: Netherlands first quarter-finalist – Sport