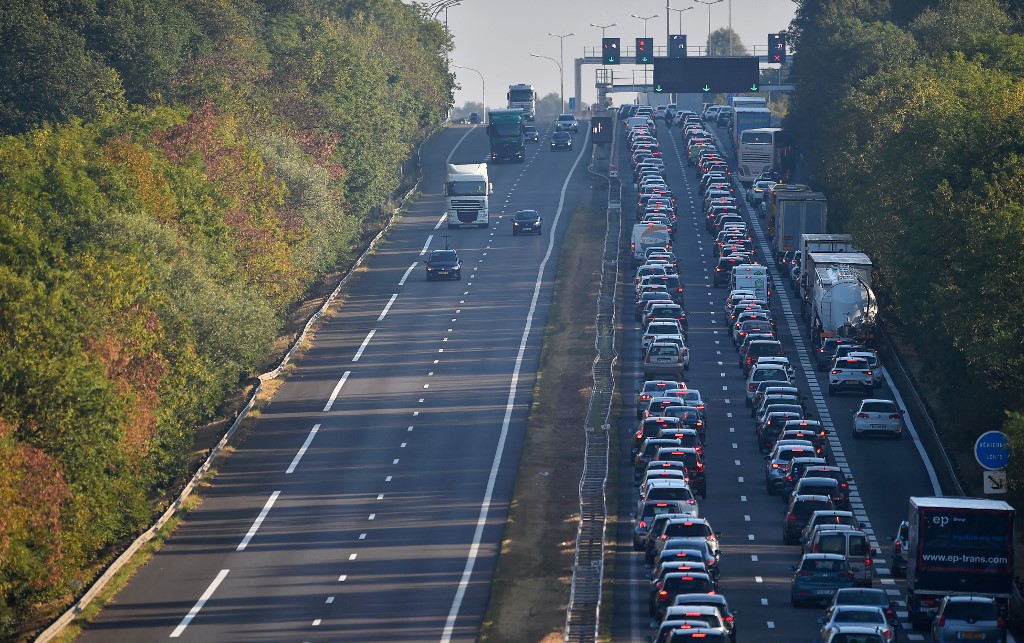 If we only compare the salaries, it is always a good plan to work in Luxembourg. But the observation is increasingly nuanced. Explanations.

At first glance, the Grand Duchy remains an Eldorado if we compare the standard of living and wages with its three neighboring countries. Regularly at the top of the ranking of the richest countries in the world, Luxembourg is still the stuff of dreams.

The country has the highest average gross annual salary in the European Union according to Statec, the Grand Duchy’s statistics institute. And Luxembourg has, by far, highest minimum wage d’Europe.

According to the latest figures from Statec, more than 217,000 people come every day from the Greater Region to work in Luxembourg. While there were only 53,000 in 1995. If their number has quadrupled in a quarter of a century, there are undoubtedly good reasons.
We take stock of the advantages and disadvantages of cross-border work.

The average gross annual salary in the Grand Duchy is the highest in the European Union. It amounts to €64,932. By comparison, in France it is only €37,956, in Germany it tops out at €44,933 and in Belgium the average gross salary is €46,140 according to the latest Eurostat statistics.

In Luxembourg there are two minimum wages. One of €2,257 gross for an unqualified employee. And another that climbs to €2,708 for a skilled worker. By way of comparison, the minimum wage in France is €1,589 gross for a 35-hour contract. In Belgium the minimum wage is 1625€ and in Germany 1585€ according to the Eurostat figures.

But beware, in Luxembourg, the legal working time is 40 hours per week, while in France it is only 35 hours. To be able to compare wages correctly, it would therefore be necessary to add 5 hours of overtime per week.

Moreover, the wage gaps between Luxembourg and its neighboring countries are not the same in all branches of activity. There are sectors where the difference is negligible, and even some such as the hotel and catering industry or construction where wages are higher in Belgium only in Luxembourg, as this Statec study (page 3).

In addition to the salary, another point is financially advantageous for cross-border workers, if they have children: the family benefits which are very generous in the Grand Duchy. Parents are entitled to a family allowance of €271 per month and per child. With an increase of €20 for a child aged 6 to 11, and €51 for a child aged 12 and over.

Without forgetting the scholarships if your children go to higher education. Again, they can be very generous.

Financial aid consists of a basic scholarship, the amount of which for the 2020/2021 academic year is set at €2,100. A mobility grant, set at €2,572 if your children are studying outside their country of residence, a grant based on social criteria which can reach €3,990 and a family grant of €524 per student if you have several children .

It’s no secret, mobility is a real hell in Luxembourg. Whether they use the car, the train or the bus, the journey of cross-border commuters is often counted in hours every day.

Someone who comes daily from Metz to work in Kirchberg, for example, will often spend three or even four hours for a round trip on public transport. Not to mention delays, train cancellations, strikes and other annoyances.

If the cross-border commuter commutes by car during rush hour, it’s a minimum of two hours, sometimes even three to past four o’clock in the caps daily. We must also take into account the premature wear of the vehicle, with the many kilometers traveled to come to work. Between the purchase price of the vehicle, the fuel, and the maintenance of a car (tires, overhauls, etc.), many cross-border workers spend more than €500 each month. Sometimes even much more.

Taxes are the other annoying subject border workers right now. And especially the French. With the recent tax calculation reforms in Luxembourg in 2018, then in France in 2021, cross-border workers have the unpleasant impression of being shorn twice.

A cross-border worker who works in Luxembourg and lives in France is obliged to file an annual tax return in both countries. He must declare all the income received (in Luxembourg and, where applicable, in France), as well as that of his spouse, if he is married or in a PACS.

Result: thousands of French cross-border workers saw their taxes will skyrocket in 2021. Faced with the outcry caused a few months before the elections, the French government preferred to backpedal. Bercy has announced that it has find a solution to avoid harming cross-border commuters: The households concerned will be able “exceptionally request, for the taxation of their 2020 and 2021 income, the application of the stipulations of the old tax treaty”.

But the solution is only temporary, if the two countries do not change the current convention, the problem will rest identically for the income of the year 2022.

The situation is a little simpler for Belgian cross-border workers. Belgian taxable income is taxed individually, without any increase due to the Luxembourg income of the spouse.

The main advantage of cross-border workers, apart from salary, is being able to find cheaper accommodation. In the three neighboring countries, the price per square meter is much lower than in Luxembourg. But there again, thehe Grand Duchy is driving prices up. The closer you get to the Luxembourg border, the higher the prices.

The phenomenon is quite particular, but the center of attraction is not the capital of Lorraine, Metz, but Luxembourg. In Metz, real estate is traded on average at €2,570 per square meter. In Hettange-Grande, although a small town of nearly 8,000 inhabitants, but located five kilometers from the Grand Duchy, the average price per m2 rises to €2,620. And if you get even closer to Luxembourg, in Zoufftgen, the average price rises to €2,990 per square meter.

Real estate prices, despite everything lower on the French side, also attract Luxembourgers who come to settle on the other side of the border, helping to drive up prices.

Finally, on the quality of life for cross-border workers, the latter are often taken for privileged people on both sides of the border. A survey carried out by ASTI in 2020 reveals that they do not always experience this “privileged” status well.

Residents making them understand that they should consider themselves happy to be able to work in Luxembourg, given the level of wages and social benefits provided. And their fellow citizens reproach them for their much higher standard of living, which drives up prices – of real estate in particular – and causes a form of jealousy.

But despite the longer days and the long hours spent each day in traffic jams, cross-border workers are attached to Luxembourg. And Luxembourg needs them to keep its economy running. It is therefore a marriage of convenience with touches of love.

Despite everything, some ended up throwing in the towel, as in these testimonies collected by AFP. Sylvie Dumotier, a former border worker, ended up settling in Luxembourg and Antoine Oberlaender returned to work in France, assuming a real loss of salary but gaining in quality of life.

Julien Dauer, director of the Frontaliers Grand Est association, warns “Pay attention to your work/life balance if you work in the Grand Duchy. Counting the 40 hours per week plus the time spent in transport, you often work days of 10 to 12 hours. Before concluding: “We can really say that the salary of cross-border workers is well deserved.“

The CRA will verify PCU requests