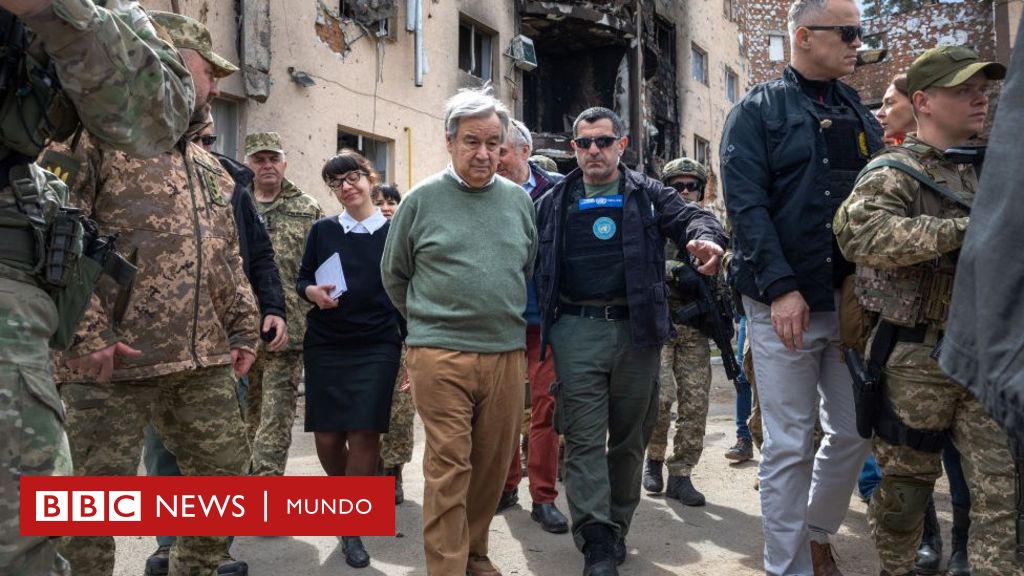 Two explosions shook the Shevchenkivskyi district, in the center of kyiv, on Thursday, while the Secretary General of the United Nations, Antonio Guterres, was in the Ukrainian capital to meet with President Volodymyr Zelensky.

Guterres criticized the UN Security Council for failing to prevent or end the war. He stated that this is a source of great frustration.

However, he indicated that the UN is trying to guarantee the evacuation of civilians trapped in the besieged city of Mariupol.

Guterres told the BBC that “a nuclear war is unthinkable” and stated that the UN will not give up and seek peace in Ukraine.

“Ukraine needs and deserves all our commitment and all our support,” he said. “We have to do everything possible to [la guerra nuclear] impossible,” he added.

At least three people were injured in the attacks, said Vitali Klitschko, mayor of Shevchenkivskyi.

Russia has warned the West that it is provoking a proxy war by providing weapons and military equipment to Ukraine.

The UN Security Council, made up of 15 countries, has the specific task of ensuring world peace and security.

But this body has faced criticism, including from the Ukrainian government, for failing to act since the invasion began in February.

As one of the five permanent members of the Security Council, Russia has vetoed various resolutions about the conflict.

“I am here to say to you, Mr. President, and to the people of Ukraine, that we won’t give up“, said.

Guterres, however, later defended the organization’s work by admitting that, while the Security Council was “paralyzed”, the UN was taking other measures.

“The UN is the 1,400 staff members in Ukraine who are working to provide assistance, food, cash (and) other forms of support,” he told the BBC.

At the joint conference, Zelensky said that Guterres had the opportunity to witness for the first time “all the war crimes” committed by Russia in Ukraine.

The Ukrainian leader again described Russia’s actions in his country as “genocide”.

In the city of Borodyanka, northwest of kyiv, the UN secretary general spoke to the press in front of buildings that had been destroyed by attacks and shelling.

He also made a strong call to save thousands of people in the city of Mariupolin southern Ukraine, virtually destroyed after weeks of intense Russian bombardment.

“Mariupol is a crisis within a crisis,” he argued. “Thousands of civilians need life-saving assistance. Many are elderly and in need of medical attention, or have limited mobility. They need a route to escape the apocalypse.”

Russia has so far denied repeated requests from kyiv to allow the evacuation of the last Ukrainian defenders and civilians trapped in the Azovstal industrial zone.

However, Guterres assured the BBC that Russian President Vladimir Putin had “in principle” agreed to allow civilians to be evacuated from the city.

Largely empty: Germany’s crux with a gas depot in Austria